When a Mission Contradicts Itself: A Boy Scouts Cautionary Tale 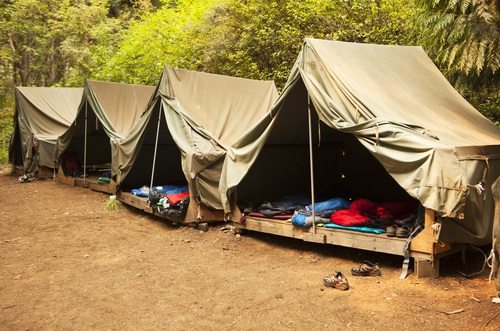 Nonprofit missions need to evolve like almost everything else and sometimes that evolution only happens through facing contradictions. Nonprofit organizations often struggle to make decisions that will fulfill the mission and reflect the core values. But what happens when two parts of the mission and values collide with each other?

Recently, an article in USA TODAY reported on Ryan Andresen, who had completed all of the requirements to earn Eagle Scout status, but whose application was denied by the scoutmaster of his troop in California. That decision was upheld by the Scout executive of the Council overseeing the troop in question.

As the article points out (and as NPQ has previously noted), Boy Scouts of America has a policy denying membership to openly gay scouts and leaders but, although it has proven to be controversial, the policy was recently reaffirmed following a confidential study. The question of whether this policy can be sustainable in a changing world aside, there is also the question of which part of the Scout mission/code should be upheld.

As stated in its 2010 annual report, the mission of the Boy Scouts of America is “to prepare young people to make ethical and moral choices over their lifetime by instilling in them values of the Scout oath and Scout law.” The 17-year-old in this case has been a scout for 12 years—since he was five years old—so we have to believe scouting is part of his makeup. His choice to “out” himself reflects the scouting commitment to telling the truth and making the ethical choice of honesty; that is, he has lived up to the mission.

On the other hand, the decision to deny Eagle Scout status to the young man is because, according to the Scout executive quoted in the article, the young man did not live up to an element of the Scout oath: “duty to God.” The Boy Scouts of America website states, “While Scouting does not define religious belief for its members, it has been adopted by and works with youth programs of all major faiths.” The religious belief in question, of course, is that homosexuality goes against the teachings of the Bible, so the Scouts interpret that to mean that the young man has not done his duty to God (the interpretation of the Bible as anti-homosexual has been challenged). Nevertheless, the troop leader and Scout executive have both acted based on the Boy Scouts of America’s interpretation of their mission and oath.

So both decisions appear to be based on the mission as it is interpreted by the Boy Scout leadership. In a changing world that is increasingly accepting of differences, how can the Boy Scouts of America reconcile seemingly conflicting elements of their mission? This is a cautionary tale for all nonprofits: take the time to really look at your mission and values, and ensure they are consistent. In this case, the result is an online petition that has attracted more than 360,000 signatures calling for Andresen to be given Eagle Scout status. –Rob Meiksins