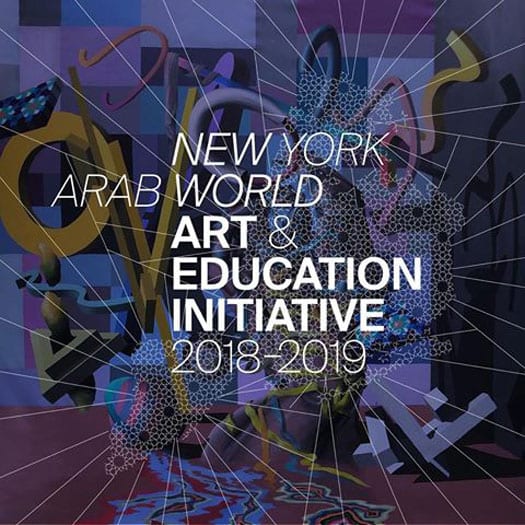 Money, mission, and values are not easy to balance. The Metropolitan Museum of Art in New York City, “collects, studies, conserves, and presents significant works of art across all times and cultures in order to connect people to creativity, knowledge, and ideas.” The Museum of Modern Art exists to “celebrate creativity, openness, tolerance, and generosity…where diverse cultural, artistic, social, and political positions are welcome.” In 2017, representatives of these organizations, along with other cultural leaders, went to Saudi Arabia to preview the kingdom’s new museum, the King Abdulaziz Center for World Culture (known as Ithra). In line with their missions, they joined with the Brooklyn Museum in launching of the Arab Art Education Initiative (AAEI) to “connect contemporary Arab culture with diverse audiences across the five boroughs of New York City.”

The opportunity seems right in line with the museums’ missions and generates significant financial support. Considering what we now know in the wake of journalist Jamal Khashoggi’s brutal murder, should this opportunity have been seen as less than it appeared? From an organizational leadership perspective, was enough due diligence done, or was the allure of the kingdom’s wealth too great?

For organizations whose purpose is to broaden awareness of art and culture from all corners of the world, was opening a window into an underrepresented segment more important? Glenn Lowry, MoMA’s Director, saw the Saudi partnership as an “exciting new venture [that] holds out the promise of a deepened and enriched artistic and scholarly exchange across traditions and cultures, in which MoMA is proud to play a role.” The opportunity to present a broader perspective of Arab art was seen as a way to combat the oppressive policies of the government and support the voices of those who want a more open society, even if these were not the goals of the Saudi government in funding arts alliances in the West.

Writing in the Art Newspaper, Anna Somers Cocks sees this objective as so vital that she exhorts, “This is not the moment to let what happened in the Istanbul consulate rebound on young Saudis. Shocking as it has been for us, it is devastating for those who hoped, briefly, that they had a ruler who cared about them and who would allow them more freedom to think and to interact with the rest of the world.”

Rijin Sahakian, writing in Hyperallergic, sees Khashoggi’s death as just one more event in a long trail of evidence of brutal and repressive practices by the Saudi leadership, a history that that was not taken into account before these partnerships moved forward.

Despite [the Saudis’] well-documented involvement in 9/11, its deplorable human rights record, its support of militias in Iraq and Syria, and its war on Yemen, which has caused the most extreme, and preventable, humanitarian crisis of our time, a positive relationship with the Kingdom, and certainly [Crown Prince Mohammad Bin Salman Al Saud], has been pursued. Far from hidden prior to Khashoggi’s murder, it simply didn’t matter.

Even with the glare of the current moment shining on them and with the large amount of public concern over the journalist’s death making daily headlines, some organizations judged that the positive impact of their work overrode any human rights concerns. As reported by the New York Times, the Guggenheim Museum, another member of the AAEI said it “had no intention of dropping out.”

They made a case for maintaining relationships with the Middle East, an important source of historical and contemporary art, while acknowledging the difficult circumstances they now found themselves in. “This is a serious and troubling story that continues to unfold in a complex global context,” the Guggenheim said, adding: “We do not disengage with artists based on the actions or policies of their respective governments.”

Anne Pasternak, the director of the Brooklyn Museum, said, “We always seek partners who share our mission and values of creating a more connected and civil world.”

From Sahakian’s view, the museums have been manipulated even further, as they have accepted a definition of Arab art and artists that has been skewed to fit a very Saudi-centric vision.

Though pegged as an “Arab” Art Education Initiative, nearly all the artists exhibiting with the AAEI who live in the Arab World hail from the Gulf States, though the region makes up barely a tenth of the 420 million strong population of the region. In the rapid push to create a contemporary Saudi art scene, Edge of Arabia and the Saudi government have constructed an alternative perception of the Arab world via a narrow, Gulf-oriented representation.

Current events have made these museums’ decisions more public and controversial. But the underlying issues, ones that face nonprofit organizational leaders across the sector, are not unique to this moment. Balancing the opportunity to build support and enhance reputation with ensuring that supporters and activities are aligned with organizational mission can be challenging. Add to that mix the need to ensure a set of overarching human values is honored, and decision-making becomes very difficult. Good people fairly considering complex issues may reach different conclusions about the right direction; what’s critical is that they make decisions with the full picture in view and consider money, mission, and values before they decide. This lesson has been taught by the #MeToo movement, as organizations reevaluate personnel practices and their leaders, and faced by community leaders when President Trump traveled to Pittsburgh. It’s leadership work that’s not easy, but necessary.—Martin Levine