A new report from the National Academies of Sciences, Engineering, and Medicine (NAS) confirms countless studies before it: Sexual harassment is holding women back in science, engineering, and medicine. The report estimates half of women in science experience harassment, and that number could be higher due to underreporting.

This is not news to the academies, or other leaders in STEM (science, technology, engineering, and mathematics) fields. But Academy members are now immersed in debate over what to do with this not-so-new information.

In an organization where members are chosen and elected, and are members for life, the question of when or if to expel a member is an important question. Some worry that allegations could be used to take down a political or personal rival in the field. Questions of how to address harassment in a hierarchical field are worrying leaders and members.

Many organizations, including the academy, have guidelines and procedures in place to address sexual harassment claims, including the federal civil rights law, Title IX, which covers academic institutions. Title IX and other mandated structures have often focused on culture development that highlights protecting colleges and educational organizations from liability, rather than preventing sexual harassment.

In light of this new report and prior studies, members of the academy and STEM students are left wondering how to promote a violence and harassment-free culture, rather than a culture of risk management and freedom from liability. Criticisms from scientists online have targeted Marcia McNutt, the National Academy of Sciences president. Jacquelyn Gill, an assistant professor at the University of Maine’s Climate Change Institute, says that while she respects work McNutt has done, “what often comes across, at least on Twitter, [is] a lot of defensiveness and dismissiveness.” McNutt has been focusing on the Title IX process, anti-sexual harassment training, and according to the Chronicle of Higher Education, has stated that “no one who had been found responsible for harassment by a college or institution holds a position of prestige in the academy.”

The report by the academies also calls out “symbolic compliance” with federal laws, again echoing a culture of compliance and liability management rather than a culture that emphasizes equity and non-harassment. The report states that these procedures and reliance on federal laws have not prevented sexual harassment. In a study of employment non-discrimination cases, researchers found that employers benefit by having organizational structures in place, even when these structures do not actually address the problems they are purported to do. Having these policies in place most often protects employers, not employees, from the issue at hand.

Bethann McLaughlin, an assistant professor of neurology at Vanderbilt University, calls into question McNutt’s role in the academy on this issue, stating that her approach “is not leadership,” and consists solely of “harassment is bad” presentations. McLaughlin started a petition calling for harassers to be removed from the academy, with over 3,000 signatures. McNutt, in a statement on Twitter, said that “getting it right for the NAS is not just about kicking out the already disgraced but putting in safeguards not to honor them in the first place.” However, in practice, McLaughlin states that policies like Title IX have not given her a voice, and her harasser was allowed to control the narrative. “Nobody comes and tries to help me get my career back on track.” McLaughlin also wants members of the academy to be free from Title IX violations for 15 years, a requirement McNutt does not support, because Title IX processes are effective in “resolving harassment complaints.”

McNutt and McLaughlin come from two different perspectives: one of procedure and response to harassment complaints, and the other of prevention of harassment and support for the harassed. If organizations and nonprofits wish to move away from a culture of harassment and empower women whose careers have been negatively impacted by harassment, moving away from symbolic compliance should be a goal. Nonprofits can encourage input from staff, like discussed in a prior NPQ article about WNYC’s approach. Agencies need to get comfortable with the idea of shifting from solely a quantitative, federally dictated policy, and embrace a transparent culture that not only addresses harassment claims but core cultural assumptions that inform both procedures and behavior.—Ember Urbach 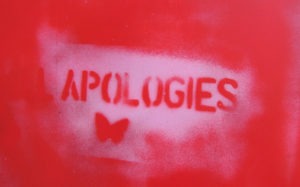