Why Low Overhead Is Such a Bad Proxy for Efficiency 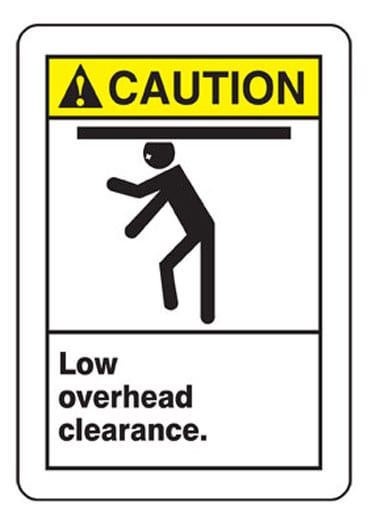 Five years ago, GuideStar, Charity Navigator, and the Wise Giving Alliance wrote a public letter that began, “The percent of charity expenses that go to administrative and fundraising costs—commonly referred to as ‘overhead’—is a poor measure of a charity’s performance.” And one of the most popular NPQ articles of all time is an article by Curtis Klotz entitled, “A Graphic Revisioning of Nonprofit Overhead.” Another popular NPQ article on the overhead myth is entitled, “10 Reasons Why the 15 percent Charity Overhead Myth Prevents Social Change.”

Now in the Wall Street Journal, Jason Coupet, an assistant professor of public administration, and Jessica Barrett, a graduate student, both from North Carolina State, provide more evidence of just why focusing on low overhead to judge nonprofit efficiency is a really, really bad idea. As Coupet and Barrett explain, “based on the results of our recent study, published in the journal Nonprofit Management & Leadership, the overhead ratio isn’t a particularly good indicator of whether or not a nonprofit spends efficiently.”

This past September, NPQ’s Keenan Wellar wrote about their research. Wellar noted that the fact that overhead is a poor measure of efficiency is not news, but changes in funder behavior and public donor perceptions to reflect that news still lag.

The biggest flaw is that the overhead ratio assumes that all overhead expenses are a negative. Yet sometimes, increasing spending on overhead helps nonprofits have a greater impact, or even to survive. And limiting overhead spending too severely can hamper a charity’s mission and even drive it out of business.

For example, a charity with old, outdated computers might benefit immensely from an information-technology upgrade. Investing in such an upgrade, however, could increase the ratio of overhead expenses substantially. The higher ratio might mean less support from donors who don’t know that the organization really needed those new computers. So, the charity may forgo an investment that it critically needs—allowing it to report a more attractive overhead ratio but weakening its ability to meet the needs of the community it serves.

Persisting with unmet needs year after year to report a lower overhead ratio is what’s known as the starvation cycle.

As Coupet and Barrett explain, “A more accurate assessment of a nonprofit’s efficiency requires consideration of not only what it spends on overhead, but also of what impact it is having.”

So, how might you do that? In their research, described in summary form here, Coupet and Barrett compare the overhead ratio to other techniques of determining efficiency, using hundreds of Habitat for Humanity chapters as their data set. One of these methods is called data envelopment analysis. This compares units of output (in Habitat’s case, of course, units of housing built) to inputs (e.g., labor). They also used a more nuanced measure of business efficiency called stochastic frontier analysis that seeks to evaluate efficiency against a benchmark measure based on multiple factors.

We don’t know if these are the right measures to replace overhead. But what we do know is that it would be helpful to have efficiency measures that actually measure efficiency. Coupet and Barrett, in this sense, at least move the discussion forward in a productive direction.

Not surprisingly, Coupet and Barrett obtained starkly different results when measuring nonprofit efficiency versus actual production as opposed to a mindless use of the overhead ratio. Coupet and Barrett indicate that, “the most efficient affiliate according to one of the scientific techniques had one of the highest overhead ratios, at 32 percent. But the affiliate with the one-percent ratio produced two new houses; the one with the 32-percent ratio produced 382 houses.”

Will funders and donors pay attention and adjust their criteria for supporting nonprofits based on metrics that are at least plausibly related to performance? Only time will tell, but we hope that maybe research like that which Coupet and Barrett have provided at least nudge the field in that direction.—Steve Dubb