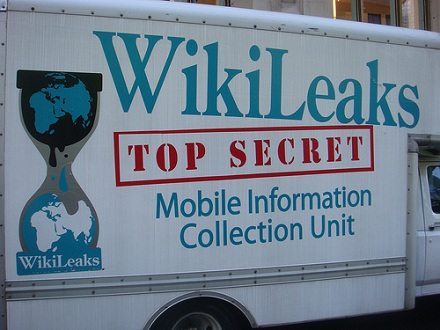 NPQ has previously described WikiLeaks as “one of many nonprofit actors changing the face of our information landscape,” but if the group headed by controversial founder Julian Assange has been uncharacteristically quiet lately, that might be due to the fact that it is reportedly running out of money. While WikiLeaks held nearly $1 million in December 2010, it says that it’s down to $120,000 and will go broke in the next few months if it doesn’t receive more donations.

While any number of nonprofits could probably make the claim that they would need to close up shop if they went several months without donations, an added wrinkle in the case of WikiLeaks is that the organization may be having less trouble generating donations than it has with actually accepting them. That’s because, in the wake of WikiLeaks’ publishing of sensitive State Department information near the close of 2010, Visa and MasterCard—based upon government pressure—stopped processing donations to WikiLeaks; the group claims this has halted the processing of 95 percent of its donations. CNN Money reports, however, that WikiLeaks is now set to resume accepting donations via the France-based credit card system Carte Bleue; WikiLeaks says that Visa and MasterCard are “contractually barred” from stopping Carte Bleue payments.

WikiLeaks has managed to turn the predicament into something of a fundraising pitch, advising potential donors to move quickly, as they don’t know if payments via Carte Bleue will be shut down soon, too. No matter whether you see WikiLeaks as a valued champion of transparency, a reckless risk to security or something in between, one has to acknowledge that the “act fast” nature of this fundraising pitch does a pretty serious job of turning lemons into lemonade. –Mike Keefe-Feldman