Wikimedia’s Strategic Direction Project is a Model of Democracy 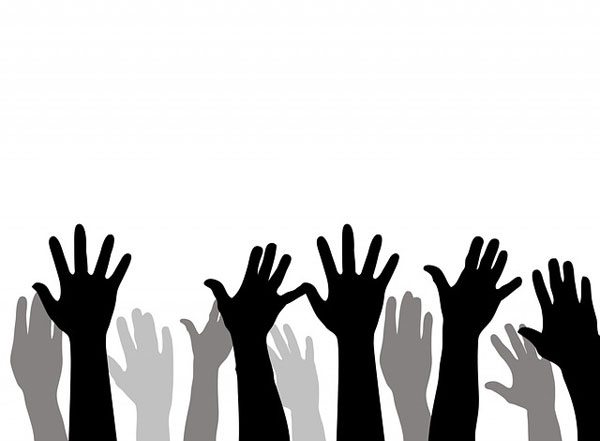 NPQ has consistently (here, here, and here) highlighted the central role of participation for nonprofits. Now, the Wikimedia Foundation’s recent transparent strategic-direction-setting process is being lauded as a model not only for other nonprofits, but for economic and political institutions as well. In fact, the resulting document, Wikimedia 2030, is described as capturing “not only the idealism of the enterprise, but also why Wikimedia can be described as a movement.”

Wikimedia, which operates Wikipedia, turned to crowdsourcing in early 2017, with its Wikimedia 2030 project, to map its future. Over eight months, the nonprofit engaged its volunteer contributors, 100+ Wikimedia groups, partners, and experts to “think critically about where the world is going, and the role we want Wikimedia to play in it.” It engaged its community through multiple platforms and, for the first time, moved beyond English to more than 20 languages.

It found that users are using Wikipedia to make sense of the world, or, as Associations Now’s Ernie Smith writes, “for intrinsic learning or understanding a phenomenon in the media, an existing familiarity with the topics that were being read.” Smith notes the increasingly important role of Wikipedia in “shaping our viewpoints and opinions of the world.”

When Wikipedia launched 16 years ago, very few people thought it—high-quality knowledge curated by volunteers—would work. But studies have repeatedly shown that its accuracy is comparable to traditional encyclopedias. It accomplishes this through a loose administrative structure and 200,000+ volunteers who each make at least one edit a month—that is, it makes it easy to participate. It found, however, that the majority of its users are in Europe and North America, which has 63 percent of all of its traffic, and 90 percent of its editors are men. Wikimedia notes that, “if the contributors are too homogeneous then the quality of information and insight suffers.”

It concludes that in order to move towards its vision of “a world in which every single human being can freely share in the sum of all knowledge,” it needs to move beyond Europe and North America to Africa and Asia—places expected to have the greatest population growth by 2030; which speak languages the project doesn’t currently use; and that employ more ephemeral, visual, or oral ways of capturing knowledge. It also seeks to partner with what it calls GLAMs—galleries, libraries, archives, and museums.

While it expands its knowledge creation base in these ways, it also seeks to strengthen its curation to protect against misinformation, which they believe will not only increase, but be harder to detect, noting that even governments “are purposefully breeding misinformation.” All of this while keeping up with evolving technology.

Interestingly, it found that its users find it both inspiring and values based, even when they don’t agree. It is inspiring because it orients towards cooperation and global engagement and relies on volunteers. Its core value is “restraint and relative civility, showing how even when voices are fractious or polarized there can be consistent process and agreement.”

It’s even considering its role in the event of natural or “manmade” disasters. In short, it seeks to move beyond content hub to global utility, meaning “that the projects’ value goes beyond information” to provide valuable knowledge for researchers, AI programmers, search engine developers, or across fields and disciplines.

In a recent Forbes article, Michael Bernick quotes Samantha Lien, Wikimedia’s Communications Manager, “Within our visions is a core promise of participation—the idea that we all have something to contribute in creating and building the world’s knowledge, that we all have an active role to play in understanding the world around us.”

Bernick credits Wikimedia with moving beyond theory to provide “glimpses of what is possible in questioning hierarchies and gatekeepers.”—Cyndi Suarez