Will Arlington Cemetery Be Reopened to WWII Women Pilots? 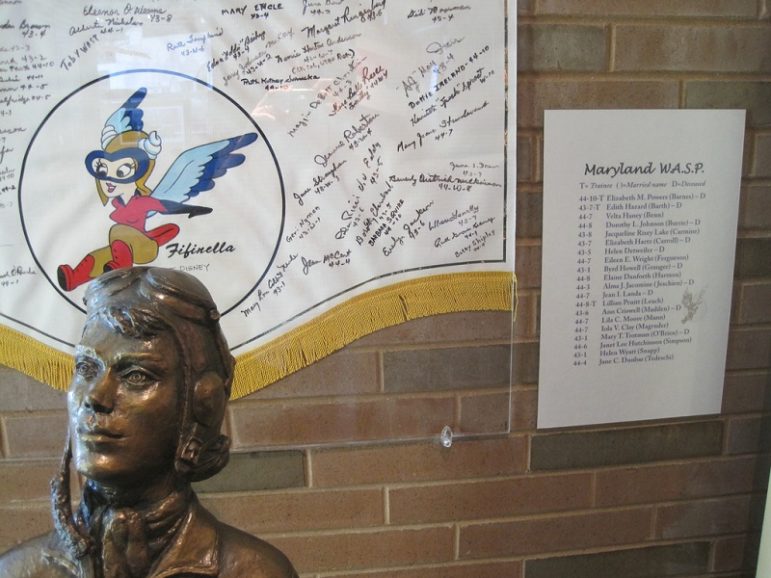 Congress approved a bill that will assure that women who served as pilots in World War II continue to have rights to have their ashes placed at Arlington National Cemetery, which will override a 2015 decision by former Secretary of the Army John McHugh. The decision came after over a year of protests by the family of Elaine Harmon, adding to a list of battles in an ongoing struggle for recognition for Women Airforce Service Pilots (WASP).

Congressional Gold Medal recipient and WWII pilot Elaine Danforth Harmon was among the 1,074 women selected to serve as pilots in WWII in the WASP program seventy-four years ago. (It is estimated that just over 100 WASPs are alive today.) More than 25,000 applicants sought to be WASPs and fill the posts of male pilots who were then moved to overseas combat. Paid less than the men they replaced, the women logged over 60 million miles as they tested repaired planes to be certain they were working properly and moved aircraft and soldiers to and from bases. The work was dangerous, and thirty-eight of the women would not return home, giving their lives in service to their country. In 1944, once the women were no longer needed, the program ended. They received no ceremony or thank you for their duty.

It was not until Elaine and her fellow WASPs joined together in the 1970s to create national awareness of their service that they would be officially recognized. In 1977, their status was changed, meaning they would receive the same inurnment rights at Arlington as all other active, honorably discharged members of the Armed Forces. Some chose to have their ashes placed at the hallowed grounds, yet, it was not until 2002 that the first WASP burial was held at Arlington Cemetery with military honors.

After the advocacy efforts of 1977, WASPs became nationally known for their key role in the war. In 2015, Elaine Harmon’s family prepared for her services at Arlington after she passed away that April, only to learn of former Secretary McHugh’s message that WASPs should have never been allowed into Arlington Cemetery. Since then, the family has been on a campaign to reverse the decision.

“I think it’s ridiculous that at a time when the Pentagon has decided to open up every single military position to women, which I support, they are closing the gates to Arlington to the pioneers who paved the way,” said Rep. Martha McSally, (R-AZ), who fought to get them reinstated. The current Secretary of the Army, Patrick Murphy, is also in support of the effort, as he testified before Congress.

After over a year of protest, Obama’s final approval of the bill is the last remaining step to assure that Arlington Cemetery is open as the final resting place for Elaine and her fellow WASPs.—Michelle Lemming