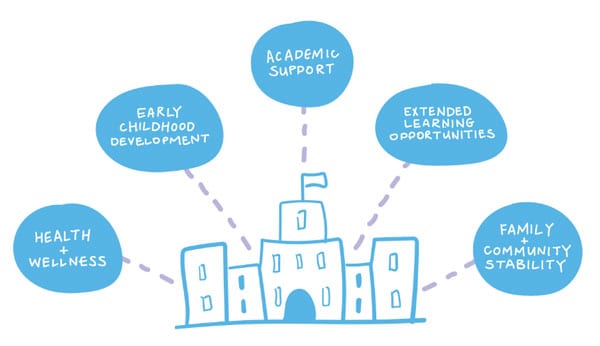 As the old phrase has it, “you can’t beat something with nothing.” Prior to the teachers’ strike this month, charter schools in Los Angeles seemed to be on an inexorable forward march. As Jennifer Medina and Dana Goldstein detail in the New York Times, Los Angeles charters have had many philanthropic supporters, including billionaires Eli Broad, former CEO of KB Homes and SunAmerica; and Reed Hastings, cofounder of Netflix. Others include “Michael R. Bloomberg; Laurene Powell Jobs, the widow of Steve Jobs; Donald Fisher, founder of the Gap; and members of the Walton family, heirs to the Walmart fortune.” Together, these billionaires helped create 220 charter schools in Los Angeles, which today enroll over 100,000 students.

Medina and Goldstein add that Broad was “so bullish about the future of charter schools just a few years ago that he even floated a plan to move roughly half of Los Angeles schoolchildren—more than 250,000 students—into such schools. In 2017, he funneled millions of dollars to successfully elect candidates for the Board of Education who would back charters.”

In 2019, however, on the picket lines and at the negotiating table, the Los Angeles teachers’ union fought charter schools with something. That something was called community schools. A poster seen on the picket lines read, “Stand with LA Teachers: Teachers Fight for Student Rights—Community Schools Build Democracy!” The contract that ended the strike calls on the Los Angeles Unified School District to convert 30 schools in high need areas into community schools, “investing $400,000 in each one over two years.” Meanwhile, the agreement also includes a pledge that the school board will vote on a resolution asking the state to ‘establish a charter school cap’ and create a governor’s committee on charter schools.”

Writing in The Conversation, Karen Hunter Quartz, who directs the Center for Community Schooling at the University of California, Los Angeles, notes that the community school movement has been around for over 100 years, dating back to the work of famed social reformers and education leaders such as Jane Addams and John Dewey. The core idea, Quartz notes, is that schools should be “neighborhood hubs that bring together families, educators, government agencies and community groups and organizations to provide all the opportunities and services young people need to thrive.”

In recent decades, the community school movement has revived and is now gaining considerable momentum, Quartz explains. While outcomes for community schools, like charters, vary, the data on their overall impact is highly positive. A research review published in 2017 by the Learning Policy Institute and the National Education Policy Center “found that well-designed community schools are effective in meeting the educational needs of low-achieving students in high-poverty schools.”

The nonprofit Coalition for Community Schools estimates that today there are more than 5,000 community schools nationwide. New York City alone is home to 247 of them. These numbers make community schools almost as common as charter schools, which the federal government reports, numbered roughly 6,900 in 2015–2016. Can a school be both a community school and a charter school? Yes, although most are at regular public schools.

Citing the Learning Policy Institute, Quartz notes that evidence is “mounting that community schools are particularly effective at addressing the many barriers to learning experienced by children living in poverty.” The brief list four factors behind community schools’ success. These are:

Quartz also highlights her center’s work with Mann UCLA Community School, a public school that became a community school in 2017.

The students at Mann, she notes, “face more challenges than those who left for charter schools. For example, 29 percent of the students at Mann are enrolled in special education, versus 11 percent in charters. New community school resources like summer programs, a college center and Saturday school are slowly attracting local families back to their neighborhood school. By September 2018, 444 students were enrolled.” And the percentage with high (96 percent or above) attendance had increased from 59 percent to 68 percent. Quartz concedes that the school still has a way to go, but it is a promising start.—Steve Dubb