Will #MeToo Movement Lead to Protections for American Indian Women? 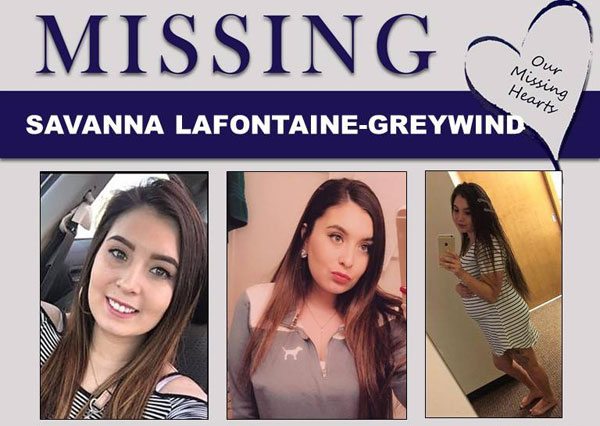 Perhaps all the attention now focused on the #MeToo movement and the issues around the sexual harassment, assault, abuse, and trafficking of women and girls will bring some focus back to a bill introduced in October 2017 by Sen. Heidi Heitkamp of North Dakota. Savanna’s Act was named in honor of Savanna LaFontaine-Greywind, a pregnant 22-year old Fargo woman who went missing in August and was found dead eight days later in the Red River.

Savanna’s Act would require an annual data report to Congress on missing and murdered American Indian women and recommendations on ways to improve such data collection. It would also improve tribal law enforcement’s access to federal crime databases and create standardized protocols for cases of missing and murdered American Indians. None of these protocols are currently in place.

In North Dakota in 2016, there were 125 cases of American Indian women and girls reported missing to the National Crime Information Center (NCIC). That number may be low, as cases often go unreported, and the outcomes of those 125 cases are also unclear. The NCIC database indicates they were closed last year, but without any information about how they were closed. This seems to be a pattern with crimes against American Indian women, and one that Savanna’s Act hopes to address.

Caroline LaPorte, senior policy advisor on native affairs at the National Indigenous Women’s Resource Center, said the police response to cases of missing [American Indian] women has been riddled with prejudice. And said often, no report is taken at all. Savanna’s Act focuses on this issue.

“It’s really supposed to require them to come up with a protocol to address the issue,” LaPorte said. “And that’s great and we support the bill, and we supported the bill when it came out. But really, they should be doing that already.”

LaPorte said the bill’s greatest accomplishment may be raising public awareness of this issue. According to the Department of Justice, [American Indian] women on some reservations are murdered at 10 times the national average, and 84 percent have experienced violence.

As Heitkamp (D-ND) was introducing Savanna’s Act, her colleague, Sen. John Hoeven (R-ND), chairman of the Senate Indian Affairs Committee, introduced the Tribal Law and Order Act Reauthorization and Amendments Act. This bill would build the capacity of tribes to combat crime, giving them the tools to do so and to coordinate between tribal, state, and federal law enforcement officials.

Again, this is tricky territory—as with Savanna’s Act, it deals with the sovereignty of native lands and whose jurisdiction applies. In discussing this, LaPorte pointed out that 96 percent of American Indian women who have been sexually assaulted indicate their assailants included at least one non-Indian perpetrator. Herein lies the problem: The Supreme Court has ruled tribes do not have jurisdiction to prosecute non-natives for crimes committed on tribal lands. In such cases, American Indian women have no recourse for these crimes that are committed against them. What this also means is that even if Savanna’s Act passes, along with the enhanced Tribal Law and Order Act Reauthorization and Amendments Act, implementing them may complicated, leaving American Indian women and girls still with limited options for protecting themselves.—Carole Levine