Will Nonprofit Hospitals Have to Defend Their Tax Exemptions Next? 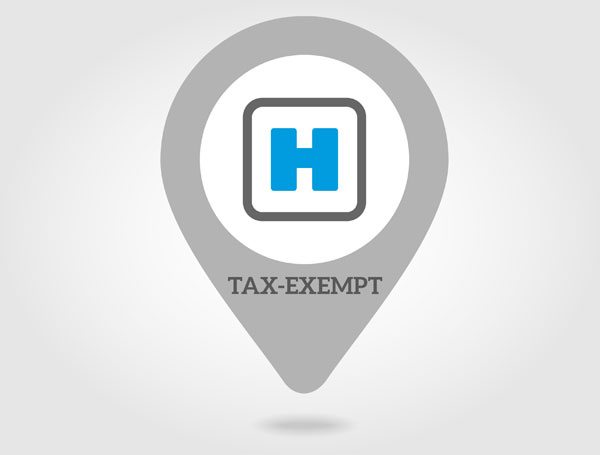 An opinion piece in Stat by Haider Warraich, a cardiologist at Duke University Center, suggests that if nonprofit hospitals knew what was good for them, they would begin to live up to the spirit of their tax status far more substantively and assertively. As Warraich explains:

My own fear is that if academic medical centers and other nonprofit hospitals don’t reform themselves, their nonprofit status might become threatened. There have certainly been rumblings in that direction. In 2013, Pittsburgh’s mayor, Luke Ravenstahl, sued the University of Pittsburgh Medical Center, challenging its nonprofit status. The IRS revoked the tax-exempt status of a hospital early this year because it failed to conduct a community needs assessment. The tax-exempt status of hospitals has also been challenged in courts with mixed results.

Despite decades of efforts by for-profit entities to take over the hospital sector, it is noteworthy that nonprofit hospitals retain a dominant market position. And this difference does matter. A year ago, the Pittsburgh Gazette’s Sean Hamill, who has certainly been critical of nonprofit hospital practices, nonetheless noted that nationally nonprofit charity care (2.2 percent of revenues) was double that of for-profits (1.07 percent of revenues). But this doesn’t mean that the concerns that Warraich raises lack merit.

The debate over nonprofit hospitals has been covered in NPQ for years. Indeed, NPQ covered the IRS case that Warraich mentions, as well as a case in New Jersey last year where local governments joined forces to sue 35 hospitals in an attempt to collect payments through property taxes for city services.” Some hospitals settled on making payments in lieu of taxes. As NPQ noted at the time, “Trinitas Regional Medical Center in Elizabeth, N.J., [agreed to] pay $250,000 per year from 2016 to 2019, an amount that will be revisited in subsequent years. And the JFK Medical Center in Edison, New Jersey [agreed to] pay $500,000 a year in community fees while keeping the whole of its property tax exempt.”

Charity care gets the most attention, but this is probably a mistaken emphasis. After all, even for-profit hospitals must care for indigent patients in critical condition. Moreover, hospitals might generate far more beneficial community outcomes and proverbial “bang for the buck” by investing in addressing social determinants of health that drive overall health outcomes.

A more fundamental question is whether nonprofit hospitals are focused on their mission of service to the community or on just making money. Warraich laments that too many nonprofit hospitals “appear to be more interested in driving up profits than improving health,” investing resources, for example, on remunerative, but not medically necessary, cosmetic procedures, when they could be leading on addressing the nation’s myriad health challenges.

The idea of “community benefit” that is embedded in federal law attempts to steer nonprofit hospitals in a positive direction, but it has a couple of key challenges:

With the above challenges acknowledged, there are, Warraich notes, good actors. In La Crosse, Wisconsin, Warraich highlights the efforts of a “local health system [that] teamed up with the community to talk about end-of-life issues. That effort resulted in the highest rate of completed advance directives and lowest use of acute medical services at the end of life throughout the United States. Leaders at Duke University Medical Center, where I work, are now partnering with local communities to overcome racial disparities in health care.”

More broadly, Warraich suggests four steps nonprofit hospitals could take: 1) make sure that the amount spent on community benefits is at least equal to the hospital’s marketing budget, 2) reimburse hospitals based on outcomes (value) not fee-for-system (volume), 3) require nonprofit hospitals to have community leaders on their boards, and 4) a “fixed percentage of nonprofit hospitals’ earnings should go directly back to the community, though hospitals should be given flexibility to decide how that money is used. Examples include creating interventions that use community health workers to improve the health of local communities, developing the infrastructure necessary to transition from fee-for-service to population-based payment models, and funding research in community health projects.”

The bottom line: nonprofit hospitals are not exempt from the political winds and need to be aggressive in demonstrating their community value. Hospitals should take note of the bullseye on the backs of nonprofit universities this year in Congress and remember that it is part of their job not just to argue that they address the health of whole communities and equalize health indicators, but to actually do so in ways that are substantive and meaningful.— Suja S. Amir and Steve Dubb