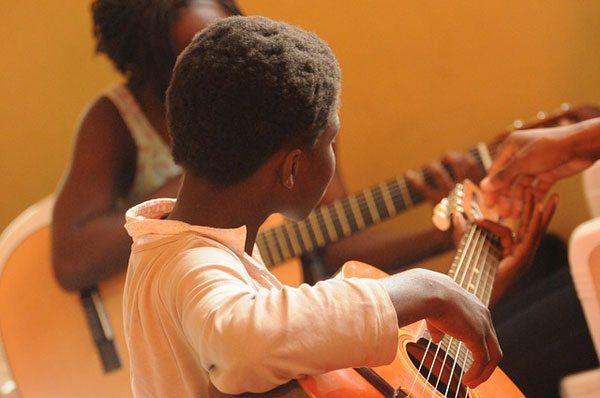 NPQ has written about the closure of music groups often enough, and there have been even more close calls. Not long ago, we profiled the nonprofit romantic thriller of the symphony in San Antonio—saved yet again by last-minute donations. But this story from Milwaukee has a different twist. Yes, not long ago the Wisconsin Conservatory of Music, founded in 1899, was itself living on the edge. What is unique, though, is how it has gone beyond crisis-fueled fundraising to develop a much more sustainable business model.

Three years ago, notes Lauren Anderson in Biz Times, “With $750,000 of structural debt and its credit line weighing it down, the conservatory was forced to furlough staff.” Erich Tillich, now CEO of the Conservatory, adds that “The conservatory was on really rocky financial ground. When I came on board (in 2016), what I saw were a lot of structural deficits; the organization was running a year-to-year operational deficit, which puts a burden on the staff and the mission.”

“Those financial issues had been mounting for more than a decade,” explains Anderson. “After the organization dried up its cash reserves to cover operational costs, it began taking on debt—all of which was exacerbated by the absence of a plan for growing its contributed or earned revenue.”

“The tide began to turn,” writes Anderson, when, shortly after Tillich’s hire, “two donors issued a challenge to the board to raise enough money to wipe out its debt. The board completed the challenge in 2017.” The fundraising solved the immediate challenge, but it did not answer the question of how the nonprofit would avoid another financial crunch in the future.

Tillich, whose background includes past positions with the Milwaukee Symphony Orchestra, Boys & Girls Clubs of Greater Milwaukee, and Marian University, made finding new revenue streams a top priority. A partnership with the public schools provided a good part of the answer.

The Conservatory is Wisconsin’s largest employer of music educators. Meanwhile, Milwaukee Public Schools, facing cutbacks to arts education, was unable to hire enough licensed teachers to work part-time in the schools. Milwaukee’s “Fill the Gaps initiative,” writes Anderson, “helps maintain arts curriculum in classrooms by contracting trained educators via local organizations. Fields covered include fine arts, theater, music, dance, filmmaking, photography, production, paper folding, chess, and storytelling.” An award-winning nonprofit called [email protected] manages the effort and partners with area nonprofits with expertise in these fields, including partnering with the conservatory on music education. A 2016 evaluation of a pilot year of Fill the Gaps in the Milwaukee schools found that “at least 95 percent of students became in engaged in art activities” through the program.

“We had a lot of amazing faculty that are trained and qualified that contribute to the creative economy here in Milwaukee and were ready to work, so it was a great match for us to have these faculty in schools,” notes Shalisa Kline Ugaz, executive vice president of advancement and education for the conservatory.

The arrangement works financially, too. The school district may not be able to pay enough to attract part-time arts teachers on its own, but it can use its federal allotment from the state for arts education to hire the conservatory, which in turn can provide music education at many schools.

“It was a great fit because we’re growing the Connections program and serving more kids, but also putting some stability behind the conservatory from a financial standpoint,” says Tillich. “We’re focused on what the need is. I really think that’s how you should approach business—you’re filling a need in the community, rather than just trying to sell music education.”

Anderson notes that, “The conservatory has also seen growth in its bread-and-butter revenue stream, private lessons for children and adults, posting a 12 percent jump in those services in 2016, followed by a growth rate of about 20 percent in 2017.” According to Anderson, in 2016, the conservatory ended the year $180,000 in the black. Tillich projects that 2017 will show a net income of $125,000.

The private lesson revenue growth, Tillich concedes, may be in part the result of families having more discretionary income in a growing economy; clearly, private numbers might turn down recession. It is possible, though, as Kline Ugaz suggests, that having conservatory teachers in the schools raises the nonprofit’s profile and thus helps lead to new private clients.

Operating in the black has also given the Conservatory the space to think about how to expand services. Tillich explains that, “One of the things we’ve talked about is, how do we make this a community music school for everyone?…So our education team is trying to bring more schools into the building, kids who haven’t had a chance to experience it, and make it a center for everyone. We’re not just serving one population—we’re serving the community.”

Serving the whole community, Anderson notes, also “means a commitment to getting more scholarship money into families’ hands, bringing on more staff who are bilingual, and hosting instrument drives.” As Tillich puts it, “If any kid wants to take a lesson here, we’re going to find a way to make it happen.…It’s a new feeling and vibe for the conservatory.”—Steve Dubb