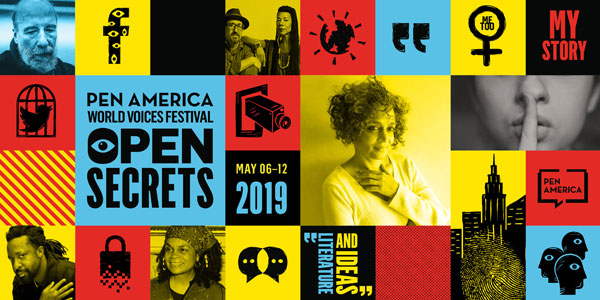 No one has ever promised that all attendees at a conference must be agreeable to one another. Certainly, it’s an unrealistic promise when a conference’s attendees are all world-famous writers, opinionated and brilliant, varied in their origins but united in their talent. But as the arguing and collaborating at PEN America has evolved over the years, the commitment to literature as a vehicle for social change and democratic preservation remains steadfast.

PEN itself is nearly 100 years old, but the World Voices festival was begun in 2005 when Salman Rushdie was president of PEN America. He remembered an experience from 1986, when the Congress of International PEN did not quite live up to the name. While the attendee roster was luminous and varied, it seems the experiences of writers outside the dominant culture had not been considered when assembling the guest list; there were very few women, and Rushdie was the only South Asian. As he described it, the invitation of then-Secretary of State George Schultz to speak “prompted howls of protest by the South African writers Nadine Gordimer, J. M. Coetzee, and Sipho Sepamla, who accused Schultz of supporting apartheid.”

Given PEN’s mission of promoting freedom of speech and expression, and how many of its members and honorees (Gabriel García Márquez, Ngugi Wa Thiong’o, Gessen, Ai Weiwei, Rushdie himself) have suffered at the hands of repressive governments, it seems more surprising that PEN should have invited Schultz than that the South African delegation should have been upset. Norman Mailer ran the PEN American Center at the time, and occasionally worked with the State Department to bring in writers whose relationships with their home governments were…difficult.

In response to this dissatisfaction, Rushdie launched the PEN World Voices festival, and it is this event that purports to use literature as a vehicle for worldwide conversation about various forms of isolation and repression. “We felt that that kind of distance between America and the world was not good for America, and not good for the rest of the world either,” Rushdie said.

Many in both media and the nonprofit sector will be familiar with calls to “stay in your lane” and “keep out the politics” to avoid an “agenda.” To those on the ground, of course, this often sounds like nonsense; it is often not possible to participate in the civic sector on value-neutral ground. PEN America is an excellent argument for this camp and has actually sued the Trump administration for restricting freedom of speech. Some of PEN’s more publicly vocal members, such as Rushdie or the Somali-born, Dutch-American writer Ayaan Hirsi Ali, have openly taken controversial positions on religious and political issues.

Gordimer said in 2007, “Everyone is influenced by the framework in which they live, so that politics comes into everything. It’s not expressed by us in a didactic way, but comes through our creation of characters who are indeed made up of the kind of world and the kind of reactions that people have toward that world.”

PEN’s reaction is to fight for the place of storytelling as a vehicle for protest and for preserving identity and culture in its multifarious forms. Notably, this year’s event will feature organizers from around the world: not only Arundhati Roy, but also Ma Jian, a protestor who survived China’s Tiananmen Square.—Erin Rubin