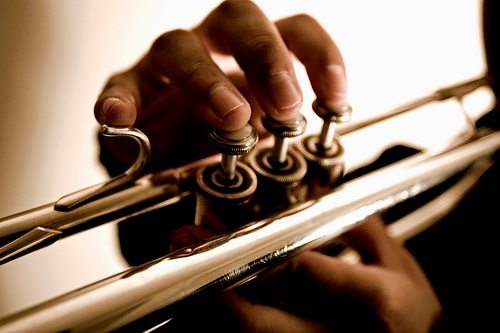 Editor’s Note: Nonprofit Quarterly is beginning a partnership with the Young Nonprofit Professionals Network to ensure that we are serving and including its membership in our information and readership community. We kicked off this exciting collaboration by asking the YNPN community to fill out a special survey. Jamie Smith, Communications Manager of YNPN, evaluated the survey results and has written a comparison of the YNPN member responses to NPQ’s broader 2014 reader survey.

Every kid who ever started playing an instrument has had the same fantasy:

You’re sitting in the park, practicing the four chords that you know on your guitar over and over. Suddenly, you hear a voice.

“Hey kid, you’re pretty good. Mind if I jam with you?”

You look up, and it’s the lead singer of your favorite band.

A few months ago, my organization, the Young Nonprofit Professionals Network (YNPN), had the grown-up, nonprofit sector version of this fantasy play out when the folks from NPQ reached out to see if we were interested in collaborating on a companion to their annual reader survey. If you follow us on Twitter or Facebook, you know it’s no secret that YNPN and its members are pretty big fans of NPQ. Needless to say, we were excited to have the opportunity to jam with them.

The main goal of the collaboration was to help NPQ amplify the voices of young nonprofit professionals. We also wanted to continue to test our strength as a research partner; could we actually gather a large enough number of respondents to be statistically significant to the overall study?

The response to the survey—one of the largest turnouts we’ve had in the past year to a broad request for input from our members—showed that young professionals were excited to have the opportunity to talk with one of the sector’s leading publications about what mattered most to them. Approximately 89 percent of the respondents to our survey were between the ages of 18 and 34, with the vast majority of respondents between 22 and 34. In contrast, this age group made up only 16 percent of the respondents to the general NPQ reader survey.

Several NPQ readers said in the broader reader survey that staff turnover was among the thorniest issues that they faced this year, yet YNPN members were still four times more likely to discuss talent retention and staff turnover in responses. YNPN members were around five times more likely to mention pay, salary, or wages in their responses to questions about their biggest workplace concerns and the state of the sector. It’s also interesting to note that of the six people who mentioned salaries in the general reader survey, three of them were complaining that salaries for their staff were too high.

Passion and Pay: “Two Roads Diverge in a Wood”

To provide a little bit of context as to why these issues are top of mind for young professionals, it might be useful to look at the results of another recent survey. Last year, YNPN San Diego surveyed their members and found that their average age was 29 years old. Most had master’s degrees, making it likely that many of them are carrying some kind of student debt. Yet 50 percent of their members make less than $35,000 per year.

In talking with our members and other young nonprofit professionals, their love for their work and the nonprofit sector is abundantly clear. Beyond the anecdotal evidence, research continues to show that young professionals are more purpose-driven in their work than past generations and that millennials are willing to trade high salaries for work that is more meaningful and provides better work-life balance.

This is a huge opportunity for the nonprofit sector to attract top talent that is naturally interested in mission-driven work. Yet we continue to ask our next generation of leaders to work for wages that mean delaying or even being unable to attain other important life goals like home ownership, parenthood, and even retirement. With just a little bit of context, it becomes clear why these issues feel so urgent to young professionals, many of whom want to work in the nonprofit sector but don’t know if it’s financially sustainable.

Where We All Agree

It is clear that these issues must also become urgent for the current generation of leaders in the sector. One of the NPQ survey respondents, for example, expressed a fear that we hear time and again from established leaders about what will happen to the sector over the next five years: “I am concerned with the draining of executive talent by retirements and burnout with fewer than the number needed stepping up to replace them.”

As part of a network of more than 50,000 young nonprofit professionals who are eager to lead, our members voice that the issue is not that we don’t have leaders who are willing to step up. Rather, we are not providing them with the support they need to not only step into leadership positions, but to also be effective once they’re there.

These survey responses provide an important glimpse into our sector’s leadership pipeline. Groups like the Talent Philanthropy Project, the Building Movement Project, and, of course, YNPN, are opening up discussions among leaders of all ages about where we go from here to develop the powerful nonprofit sector we need to build a more just and equal world.

However, we also think that more collaborative efforts like the one between YNPN and NPQ are needed in the sector. These intergenerational conversations can amplify often-marginalized voices and provide space for emerging leaders to jam with established leaders and move the sector forward together.

We would love to hear from YNPN members and NPQ readers of all ages: What other issues should we highlight? What would you like to see from NPQ in the future and from this new collaboration?