You First: Leadership for a New World—“Carpe Fortuna; Reddere in Ante” 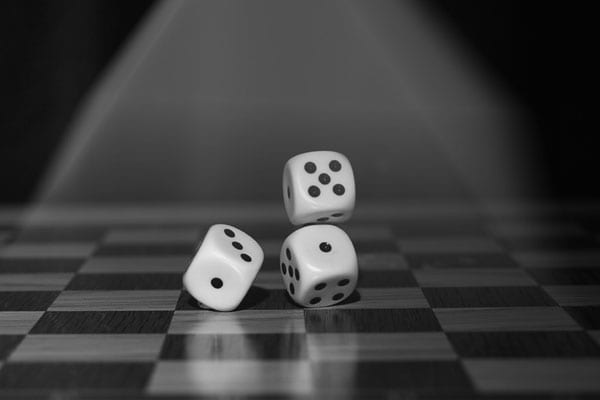 This column comes from the winter 2018 edition of the Nonprofit Quarterly.

I’m sitting on a Malibu beach with my friend Jim on a beautiful late-summer night in September. He’s super smart, and is wrapping up a gig as a chief financial officer for one of the largest nonprofit providers of children’s mental health services in Los Angeles County. Just after the green flash when the sun sets (I swear I saw it), he asks me, “Know what it takes to be successful running a nonprofit?” I don’t reply, knowing that he’s going to tell me. “It takes just three things: intelligence, tenacity, and luck.” I get the first two—but does luck really matter?

It depends upon who’s asking. Take me, for example. I have opportunities that many others don’t, simply because of who I am—old, white, and a guy. You don’t have to look very far to see this at work. The CEOs of the Fortune 500 in May 2018 included only twenty-four women.1 In nonprofit organizations, it’s much better—the ratio is three-to-one female to male. But it’s better to be a guy when it comes to pay.2 The bad (and truly shameful) news is that 90 percent of chief executives are white—the same percentage for board chairs.3 And roughly 70 percent of the executives and board chairs are fifty years old and up.4 So, if I’m asking whether luck matters, I have to remember that I find myself at the right places and right times because my privilege opens the doors and gets me there.

Whether luck really matters also depends upon who’s answering the question (which is usually mostly old white guys). In the “Yes, luck matters” camp is Jay Conger, CEO at the University of Southern California’s Center for Effective Organizations. Conger argues that the success of a leader’s vision “may lie beyond the leader’s abilities, for timing, the right opportunity, and luck can determine whether the vision will be realized or not.”5 And the late Bruce Henderson, founder of the Boston Consulting Group, argued that when it comes to the “competition of trade and commerce, random chance is probably the major, all-pervasive factor.”6

It is luck—not forecast ability—that plays the central role for futures traders;7 it is luck—not technical efficiency—that plays the central role in explaining fish catches;8 it is luck that “often plays a nontrivial role as a determinant of competitive advantage and firm performance.”9 Or take Scott Kauffman’s recent article in Scientific American—“The Role of Luck in Life Success Is Far Greater Than We Realized”—and his recognition that a “growing number of studies based on real-world data strongly suggest that luck and opportunity play an underappreciated role in determining the final level of individual success.”10

In the “No, luck doesn’t matter” camp is Jim Collins. Even though his blockbuster Good to Great is almost two decades old, it’s still in Amazon’s top one hundred in the business and money category, and Collins is still in its top sixty authors.11 Though his eleven good-to-great executives attributed much of their success to luck, Collins and his researchers were perplexed: “We were at first puzzled by this emphasis on good luck. After all, we found no evidence that the good-to-great companies were blessed with more good luck (or more bad luck, for that matter).”12 Rather than accept responsibility for their good-to-greatness, Collins determined that the leaders were instead exhibiting a “compelling modesty, shunning public adulation; never boastful.”13

That’s not how Bob Gilbert, the maker of Laughing Cow cheese, looked at it way back in 2004. He woke up one morning after years of struggling, and read an endorsement in The South Beach Diet that caused demand for his cheese to soar, making his company a huge success. “I told my management, ‘I would rather be lucky than smart.’ The lucky part is we appeared in the diet book.”14

The answer here, of course, is that you want to be both lucky and smart. Collins has come around to that point of view. A decade after Good to Great was published, Morten T. Hansen and Collins repeated that assertion in a New York Times article, stating that both high and average performers were equally lucky. But then they got down to brass tacks: “The crucial question is not, ‘Are you lucky?’ but ‘Do you get a high return on luck?’”15

What is luck, anyway? Collins and Hansen define a lucky break (they call it a “luck event”) as meeting three tests: It is largely independent of the agency’s actors, the consequence of the event matters, and it has an “element of unpredictability.”16 The trick for getting a high return on luck depends upon first recognizing the luck event—good luck or bad luck—and then deciding whether to run with it or not.

To put it differently, you must seize the luck—carpe fortuna. Carpe fortuna is all about seizing the moment when the timing is right.17 You must be a luck taker.

In my study of fourteen high-performing human service agencies in Dayton, Ohio, I found the luck-taker concept alive and well. One of the executive directors said, “We’ve probably had breaks that we didn’t do anything with as an organization. I’ve probably had those personally. Sometimes you aren’t even aware of them. But we’ve had things that happen to us that are good, that we’ve taken advantage of.” Another agreed: “Take advantage of them [lucky breaks] but no, don’t wait for them. There’s too much to keep doing.” A third said, “Wonderful opportunities presented themselves along the way. A lot of the time I’ve hopefully taken advantage of and not missed them.” A fourth said, quite simply, “I don’t like to see opportunity be wasted when there is so much need.”18

If lucky breaks are real and you can recognize and then seize upon them, are there ways to get luckier? John Krumboltz says yes. In his books and body of research, largely based on his work in career development, he introduced the term “planned happenstance,” where “Unplanned events are not only inevitable, they are desirable.”19 Perhaps the most important and overarching thing to do to get luckier is “learn to tolerate ambiguity and to develop an exploratory attitude.”20 Other recommended skills are curiosity, persistence, flexibility, optimism, and risk taking.21

The big wrench in this lucky-break business is that privilege matters. One faces better odds for lucky breaks if one is not facing structural inequality. Your chances of getting into Harvard are three times higher if one of your parents attended.22 Born Black or Latinx and want to go to a top school? These students “are more underrepresented at the nation’s top colleges and universities than they were thirty-five years ago.”23 Want to be a Supreme Court justice? Be born a boy. Want to be a successful CEO? Don’t be born in June or July24—and be sure to have a name like Smith.25

In other words, check your privilege when it comes to the lucky breaks you’ve had.

We have to begin to think differently about “luck” and hold ourselves accountable for creating and insisting upon a more even playing field, where the odds of accessing luck cannot be so easily predicted by gender, race, or other circumstances and opportunities. Because of this, we must all embrace our obligation to not just seize the luck but also pay it forward: carpe fortuna—reddere in ante!