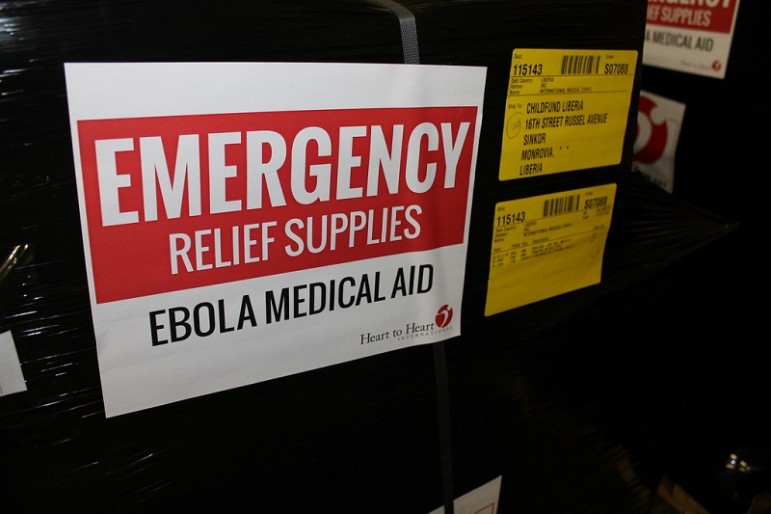 It is being reported by Oxfam International that more than $1.9 billion in aid to West African countries suffering from Ebola is undelivered. The aid package is part of what a July 2015 Ebola Recovery Conference in New York describes as a greater $5.2 billion in pledges. (The Associated Press puts the total at closer to $5.8 billion.) The UK-based charity also suggests the billons of dollars that remain are becoming increasingly difficult to track.

As David Saldivar, Oxfam America’s Policy and Advocacy Manager, told the news service IPS Africa, “This lack of transparency is not due to a single cause. It is a systemic challenge that is the collective responsibility of all—donors, governments, and implementing organizations—to improve.”

Saldivar added that Oxfam is advocating that more funding be given directly to local governments and organizations, as they are most familiar with and accountable to the local communities they serve.

In general, Oxfam’s Regional Director for West Africa, Aboubacry Tall, notes that the response to the crisis was less than adequate. “It has taken almost two years, more than 11,300 deaths, massive provision of resources, technical assistance and billions of U.S. dollars from around the world to tackle the Ebola epidemic in West Africa. Yet despite this, last week, another 150 people were exposed to the risk of Ebola in Sierra Leone according to the World Health Organization. This is not the end of Ebola in West Africa or globally.” Tall is referring to the January deaths of two young women in Sierra Leone, where 150 people were potentially exposed.

The news comes on the heels of an investigation by the Associated Press which claims the World Health Organization and the United Nations failed to mount an adequate and timely response to the Ebola Outbreak. News of the inability to track and deliver funds donated through the UN sponsored conference does little to inspire confidence for future donors.

With the WHO declaring a global emergency over the Zika Virus on February 1st, it is important that the lessons of the Ebola outbreak are learned. On the other hand, it’s equally important to note that the economies and health systems of Ebola-affected countries, already seriously impacted by the outbreaks, cannot take the weight of unfulfilled pledges.—Stacey Burton Alcocer