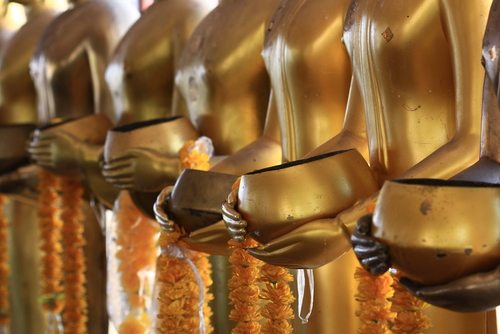 A recent article in Mashable announced that an additional 14 signatories from seven countries have taken up The Giving Pledge, an initiative launched by Warren Buffett and the Bill & Melinda Gates Foundation in 2010. Billionaires who sign make a moral yet legally unenforceable pledge to give away at least half of their fortune to solve world problems.

The latest additions—which include Australian gaming tycoon Leonard H. Ainsworth; Tanzania’s only billionaire, Mohammed Dewji, who runs a conglomerate with businesses in textiles, oils, flour, and beverages; and Ray Dolby, creator of audio systems—bring the number of signatories to 168 people from 21 countries.

Quartz estimates the potential “flowing into philanthropic causes” to be $7.15 billion, based on the net worth of eight of the new signatories (the ones that are publicly available). Some of the causes they pledge to support include “climate change, environmental and ecological protection, education, poverty alleviation, and medical and healthcare research.”

The Mashable article calls the Giving Pledge “philanthrocapitalism” (a trend NPQ has written about in the past), which it describes as “throwing money at big, systemic problems without addressing the causes of inequality,” which affects the impact of their efforts. A 2006 Economist article with the headline “The birth of philanthrocapitalism,” said about the trend, “The need for philanthropy to become more like the for-profit capital markets is a common theme among the new philanthropists.”

The Economist article also lists three key elements of the idea of a “philanthropic marketplace”—something for philanthropists to invest in (preferably created by a “social entrepreneur”), infrastructure (“the philanthropic equivalent of stock markets, investment banks, research houses, management consultants and so on), and philanthropists that behave as investors (that is, they “maximize their ‘social return’”).

As NPQ noted in an earlier article, “Both recent history and contemporary experience suggest that the best results in raising economic growth rates while simultaneously reducing poverty and inequality come when markets are subordinated to the public interest, as expressed through government and civil society.”

However, Leonard Tow, the CEO of New Century Holdings who pledged five years ago said, “It’s like joining a club, that’s all it is. There wasn’t any thinking about it.” If his comment is any indication of how other signatories feel, it doesn’t seem like really getting at the root of these world problems is top of mind.

What could nonprofits do with all this money? Would we do better? How do we know? Perhaps the moral of the story is that throwing more money at large-scale social problems while maintaining control over how it gets spent is a kind of deep colonialism; in fact, in some cases it may blind us to issues of widening economic inequality.—Cyndi Suarez