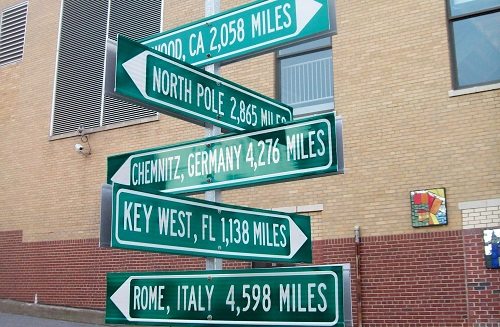 The Bloomberg Foundation announced its second round of innovation grants to fourteen cities, twelve in the United States and two in Israel. (The first round was given to five U.S. cities in 2011.) The three-year grants range from $400,000 to $1 million for projects that hit on a number of issues including poverty, public safety, and job growth. Over thirty cities applied, and applicants needed to have at least 100,000 residents and mayors with at least two years left in office.

The first round of the project made an impact in a number of cities, including Atlanta, where 1,022 chronically homeless people moved into permanent housing, and New Orleans, which saw a reduction in its murder rate by about 20 percent in under two years. In Chicago, another 2011 grantee, Mayor Rahm Emanuel says that over the past three years, “the city has launched a new Small Business Center, restructured Neighborhood Business Development Centers, launched a microlending program, and appointed the city’s first Chief Small Business Officer.”

The projects bring together consulting teams who work on priorities set by the cities. The teams, according to a story by ABC News, “aim to include current staffers and outside hires by the mayor. In an era of tight public resources, teams help analyze pressing problems, generate new solutions and develop ways to implement them and measure results.”

The concept of the teams is based on research conducted by Bloomberg and NESTA, a UK-based research firm that looked into the concept of innovation teams. According to their report, “the best mayors and ministers…put in place i-teams, dedicated teams, units and funds, to structure and embed innovation methods and practice in government.” One of the learnings on innovation teams is “creating solutions to solve specific challenges. These i-teams focus on solving high priority problems, and developing usable and scalable solutions, often in collaboration with colleagues in government agencies. These i-teams are developers and creators of innovations.”

According to Michael Bloomberg, the innovation teams are critical to the cities’ success. “Successful innovation depends as much on the ability to generate ideas as it does the capacity to execute them and i-teams help cities do both.”—John Brothers