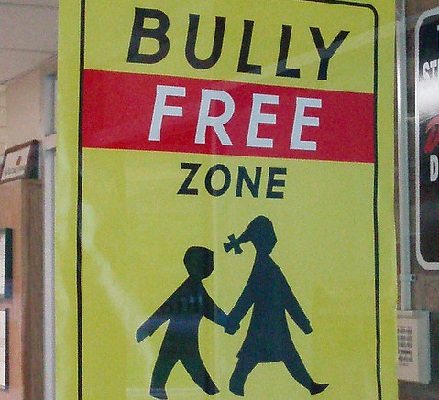 Fifteen-year-old Julia Kordon has decided to take a new approach to stopping bullying in her school: running her own anti-bullying nonprofit. In November of 2010, Kordon started a Facebook page to increase awareness for a North Dakota girl who committed suicide because of bullying. The positive attention and “likes” the Facebook page amassed inspired Kordon to start her own organization, The Bullying Ends Now. Now the high school sophomore works with students in elementary school and middle school, speaking at events about bullying and encouraging her generation to “create a culture of kindness.”

Earlier this month, the Bullying Ends Now led assemblies at Montevideo Middle School, where 300 sixth-graders reportedly attended to hear Kordon speak on ways to avoid becoming a victim as well as tips on how to cope with and prevent bullying. Among her tips, Kordon advised the students to avoid sharing private information like social media passwords. At the end of each assembly, she encourages students to make a vow to join her in taking a stand against bullying by signing an “it ends with me” card.

“It starts with us and that’s where it needs to end,” Kordon said. “[Stopping] bullying is a battle, but it’s definitely a battle worth fighting.” The U.S. National Institutes of Health reports that a teenager attempts suicide due to bullying in America every 30 minutes, and victims of cyber-bullying show more signs of depression when compared to other bullying victims.

It’s likely that Julia Kordon can relate to the struggles that come with bullying because she walks the same hallways that those that her nonprofit is seeking to help walk every day. With increased media attention to bullying in schools and the rise of cyber-bullying, the anti-bullying movement needs leaders like Julia Kordon to inspire her peers. This heartening story is a good example of the impact that nonprofit leaders can make when they have a close personal connection to their work. –Aine Creedon