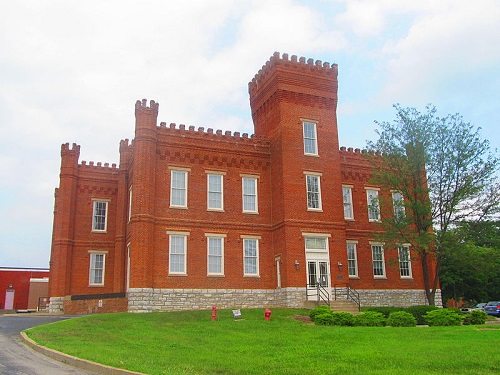 Over the last few months, we have watched stories about nonprofits that have resisted being included in living wage requirements. These stories of two men who made sacrifices to ensure more equity can help us consider another way. They also provide a image that stands as a polar opposite and a rebuttal to the typical U.S. mega-rich billionaire hero.

Not only did Raymond Burse, the interim president at Kentucky State University, request a $90,000 pay cut in order to raise the wages of 24 employees who made less than $10.25 an hour, but the school’s board of regents also approved the request. The second act may be even more important than the first.

KSU Board of Regents Chairwoman, Karen Bearden, said “President Burse has asked the board to pay 24 employees who are currently earning less than $10.25 per hour the amount necessary to bring their salaries to $10.25 per hour, and this amount would be reduced from the base pay salary that this board would pay him.” Burse now makes $259,744 instead of $349,869.

Burse is not, apparently, the first president of a university to make this move. According to the Chronicle of Higher Education, at Hampton University, William R. Harvey, the president, donated more than $100,000 so that low-wage workers there would make at least $9 per hour. And, again according to the Chronicle, “This is not the first time the Harveys have donated money to support wage increases at the private, historically black university in Hampton, Virginia. They donated $45,000 to support a five-percent wage increase for staff members earning less than $7 an hour in 2006, and $166,000 in 2011 to increase minimum staff wages to $8 an hour. The most-recent donation will cover higher wages through the end of the current fiscal year, after which they will be included in the university’s budget.” Harvey is, no surprise, one of the longest-sitting university presidents in the country.

Back to Kentucky. Burse says he understands that he cannot make the institution work without those workers, some of whom are making as little as $7.25. “It takes everybody on this campus to do what we need to do to improve it,” Burse said. “I want everybody on the team to be involved and this is one way of showing employees on the lower end of the pay scale that they are important as well.”

“They are the people that do the physical labor on this campus on a daily basis. They are the ones that make it look good. I think they deserve to be rewarded,” Burse said. “We live in some very tough times and we want to make certain that they know we, the board and myself, care about them and want to do the very best by them.”—Ruth McCambridge