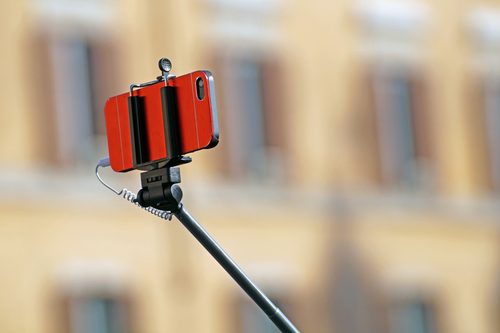 Editors’ note: This article is from NPQ’s new, spring 2015 edition, “Inequality’s Tipping Point and the Pivotal Role of Nonprofits.”

Reform philanthropy from the inside or the outside? That was not a literal question for Jasmine Bluth, leader of True Philanthropy—a small group of former foundation program officers who formed their own pressure group after years of servitude, silently and agonizingly critiquing every guideline, grant, and pronouncement from the foundation presidents nearby who paid their salaries. These renegades had flown the coop, and now, after years of silent suffering, their talons came out, Twitter style, with the discreet invitation, “True Philanthropy Seeks Nominations for Selfie Awards.”

“This field has been begging for a feedback loop,” self-employed consultant Bluth posted, “and while it’s true that if the rich give away some of their money they won’t get shot, that doesn’t mean we have to be craven.”

A current challenge for awards programs is to distinguish themselves from other awards, since there is a limit to any one award’s ability to inspire desired behavior. Unhappily, the sheer number of awards programs has diluted their ingratiating effect.

For this reason, the Selfie Awards adopted a piggyback strategy—same time (April 27, 2015), same place (San Francisco)—as the annual conference of the Council of Large Foundations.

Recognizing the essential role of lackeys accepting gifts from philanthropists—without them none of this would be possible—a special acknowledgment was promised for the Most Unctuously Groveling Nonprofit Shill in a Subordinate Role to Foundation Aggrandizement.

Not unexpectedly, Yusuf Arak, president of the Association of Large Foundations, criticized the announcement as “a juvenile and inappropriate intrusion on a serious professional meeting bringing together some of the most generous institutions that tackle society’s toughest problems with innovation and élan.”

The Association of Large Foundations, which for several years had presented awards for the Best Annual Report and the Best Leadership on Public Policy, decided to fight this upstaging battle, statuette to statuette.

“We’ve seen this kind of attack before,” observed Arak. “This is not so different from California, in 2007, with legislation from that Greenlining Institute, whose so-called ‘Foundation Diversity and Transparency Act’ attempted to coerce foundations into divulging a PC definition of gender, racial, and ethnic diversity on an annual basis.”

“We fought that off in 2008 with $38 million in targeted consortium grants,” added Brent Williams, president of the Bear Flag Foundation, “and guess what happened? That legislation crawled away by itself into a back room with our lobbyists and the brute force of reason.”

“The simple fact is, we can pay for a bigger spotlight than they can,” Arak confided in an interview with the Eleemosynary Chronicle.

Surely, when wealthy donors compete, the public can only come out ahead. That’s how the Titanium Philanthropy Award came into being, with an eye-popping $100 million prize, Oprah Winfrey as its extra-special host, and the Boys Choir of Harlem as its premier $100 million recipient. Simultaneously, ten million YouTube views of the three-minute-long Selfie Award ceremony gave True Philanthropy a similarly permanent place in the philanthropic pantheon.

“Actually, it’s not the size but the number of spotlights,” Bluth cheerfully tweeted to her 450,000 followers.

Phil Anthrop is a consultant to foundations in the G8 countries.

Fifteen Questions to Certify That You Are a Social Innovator

Are you a Social Innovator?

The Editors and Phil Anthrop