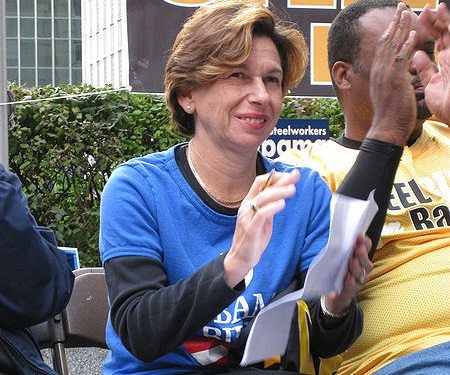 Forbes convened what it called the “top leaders from the four key constituent groups” in the arena of fixing or remaking U.S. public education to make it “again…tops in the world.” It might be a little presumptuous to name U.S. Secretary of Education Arne Duncan as the spokesperson for the federal government, New York Governor Andrew Cuomo the articulator of state government concerns, and D.C. schools chancellor Kaya Henderson as the representative of local school boards. The notion of Henderson speaking for school boards—in the Forbes analytical structure, a stand-in for the interests of parents and student—is kind of dubious: Henderson isn’t a school board member, but an employee of the schools’ governing body and the successor to (and, some would say, acolyte of) Michelle Rhee. They all may work for parts of the education establishment, but they all have ideological biases that others among their “constituent groups” might not endorse.

The fourth top leader may be a dubious representative herself. Forbes recruited Randi Weingarten of the American Federation of Teachers to speak for the teachers unions. Without suggesting that AFT is better or worse, there is another teachers union of significance in the form of the National Education Association, whose membership of 3 million surpasses the AFT’s 1.6 million members (a total that includes 112,000 health professionals outside the teaching profession). And, though many of our friends in organized labor might not like this question, when it comes to speaking for teachers—as opposed to speaking for teachers unions—is the AFT, with or without the NEA, sufficient? Or do teachers have issues and concerns that may not be reflected in the AFT or NEA agendas? As an example, consider organizations like the Badass Teachers Association, which has 53,000 members, an endorsement by education reform critic Diane Ravitch, and a mission statement that rejects “assessments, tests and evaluations created and imposed by corporate driven entities that have contempt for authentic teaching and learning.”

In any case, these four top leaders—an “all-star lineup,” according to Forbes—participated in a roundtable conversation moderated by hedge fund mogul and Robin Hood Foundation founder Paul Tudor Jones to identify five education policies that merit serious public investment and, if “fully implemented,” could “vault” U.S. public education in each area into the world’s top five and “if undertaken together, would surely take us to number one.”

The five policies selected by the Forbes education all-stars were: “teacher efficacy, universal pre-K, Common Core standards, blended learning (incorporating technology into how students are taught) and school leadership (training and empowering principals).” As Duncan put it, the five policies are or should be “mutually enforcing” and should be tackled “full speed ahead and scale [sic] on all five.”

Even among the all-stars, there were different accent marks placed on the policies. The AFT’s Weingarten suggested that “you need to do them together with a real focus on equity,” a pleasantly obvious concept that seems to evade practical implementation more often than not. Cuomo put the issue of disparities in terms with which the Badass Teachers would agree : “We have two education systems, and it’s not public-private, it’s rich and poor.”

Perhaps it was the presence of a venture philanthropist like Jones moderating the conversation, but the all-stars quickly reached something of a consensus around the necessary role of philanthropy. Henderson, for example, credited $67 million from philanthropy as the “catalytic impact in pushing me to move blended learning across my district, with improving teacher quality,” without necessarily noting that the foundations’ money was keyed to helping D.C. negotiate a union contract, with a pay-for-performance requirement attached by the foundations and then-chancellor Rhee, a requirement (later dropped) that the foundations’ commitment would be tied to Rhee’s continuation as chancellor, and a plan that Rhee and later Henderson implemented for firing 10 percent of D.C.’s 4,100 teachers—ostensibly only “low-performing” ones, though teachers and many parents contend that classroom performance might not have been the only criteria.

“Government is never going to fund innovation, except this guy [Henderson pointed to Duncan]. But government funds the things that it already does, right? And so for me to fund interesting things in my school budget, it won’t get passed,” Henderson added. “The philanthropic sector allowed me to do my innovative work and structured it in such a way that I had three years to live off of that funding, but then I had to take responsibility for it.”

While Duncan suggested the importance of using federal funds as carrot and stick, his policies, such as the Race to the Top, were integrally tied to philanthropic partnerships. Cuomo added the importance of conditioning funding on performance, citing New York’s requirement that districts “get teacher evaluation done” or else lose access to additional state government funding. At least Cuomo acknowledged that the game was government funding, that philanthropic money is not going to challenge government money in public education in size and scale. However, Duncan returned to the foundation issue by suggesting that citizens—and foundations—should focus on holding politicians accountable for the implementation of these policy recommendations.

Had philanthropy (beyond Robin Hood) been at the table, Forbes might have recruited from the Gates Foundation, the Walton Foundation, or the Broad Foundation, all major funders and promoters of much of the five policies that emerged from the Forbes dialogue. Imagine how the conversation might have been different had a Badass Teacher, or a progressive education foundation (perhaps the Hazen Foundation), or a powerful and articulate critic of Duncan like Diane Ravitch or Anthony Cody been at the table. They may not have the political power or money of the AFT, the Secretary of Education, or the mega-foundations, but their challenges to education reform orthodoxy should be heard.—Rick Cohen