$50 Million Soros Grant to Fund ACLU for Reduction of Incarceration 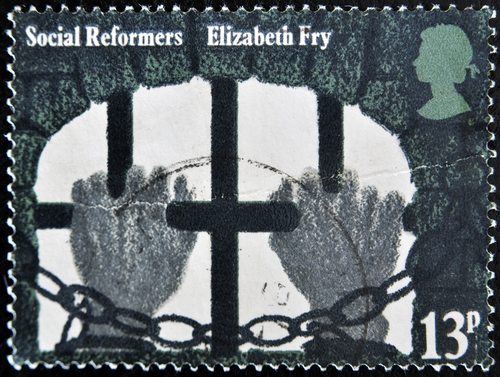 Financed by a $50 million grant from George Soros’s Open Society Foundations, the American Civil Liberties Union (ACLU) plans to decrease the incarceration rate in the United States though the launch of a new eight-year political campaign. Focused on making criminal justice reform an issue at the local, state, and national level in upcoming elections, the campaign has seen significant bipartisan success, with major conservative funders, like the Koch brothers, and Alison Holcomb, leader of efforts to legalize marijuana in Washington state, joining forces.

The campaign plans to emphasize drug policy, mandatory sentences, and incarceration in the presidential election’s early primary states and to create a state-by-state database to reveal the crimes for which each prisoner is serving. While also targeting promoters of “overincarceration,” the aim of the ACLU campaign is to reduce the incarceration rate by 50 percent by the end of the campaign.

Through the tough-on-crime policies of the past several decades, the United States has seen a sharp increase in prison populations, with over 2.2 million currently serving sentences. Many of those serving are results of mandatory sentences of nonviolent crimes, including drug arrests that many view as particularly damaging to poor communities. As put forth by the Drug Policy Alliance, an organization centered around the war on drugs, the current criminal justice system “has actually done more harm than problematic drug use itself, by breaking up families, putting millions of people behind bars, burdening even more people with a life-long criminal record, worsening the health prospects for people who use drugs and significantly compromising public health.”

And drug related-crimes aren’t the only area of the criminal justice system that could use an inquisitive eye. A recent report by the Tampa Bay Times found that an intellectual disability can keep accused individuals in Florida state correction facilities without ever receiving an opportunity to argue their innocence. If deemed incompetent to stand trial due to an intellectual disability, defendants have two years to see whether treatment can restore their competence—otherwise, their charges are dismissed. Yet, state officials then determine whether to involuntarily commit the accused, with the alleged crime—a charge that is never proven—often being considered in the determination.

The significant financial burden of the failing system is also a major issue, as can be seen in a report from the Congressional Research Service issued April 15, 2014. Federal money allocated to the Bureau of Prisons has risen sharply from $3,668 billion in 2000 to $6.445 billion in 2013. Infrastructure for the growing prison population has also left a backlog of 159 modernization and repair projects, costing approximately $342 million.

With such high rates of incarceration and raising system costs, it is easy to see that the current policies are not providing the desired results. But Todd R. Clear, criminologist and provost of Rutgers University-Newark, cautions that for the incarceration rate to decrease by 50 percent, significant reform would need to encompass vast changes in both nonviolent and violent criminal charges. Upcoming elections and future regulation will determine whether the goal of 50 percent rate reduction can be achieved by the end of the ACLU campaign.—Michele Bittner