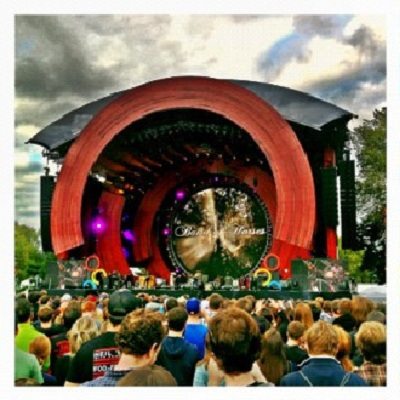 This past summer, NPQ noted that a charity concert in New York’s Central Park would feature Neil Young, Foo Fighters, the Black Keys, Band of Horses and K’naan—and would ask its attendees to earn their tickets through donations or taking some other form of action. We reported that the Global Citizen Festival wouldn’t be the first charity concert to ask its attendees to get involved in this way, but that it would be “likely one of the largest to do so.” The concert happened this past Saturday, as 60,000 or so music fans can attest, and the pledge totals are in. As Forbes reports, the concert “became the largest syndicated charity concert in online and broadcast television history, generating over $500 million in pledges to combat poverty around the world.”

The concert was supported by the nonprofit Capital for Good and several foundations, including the Pratt Foundation, the Sumner M. Redstone Foundation, and the Bill & Melinda Gates Foundation and it was presented by the Global Poverty Project, which seeks to address extreme poverty by advocating for these five goals:

A $500 million charity concert is not a bad start. Australian philanthropist and festival founder Hugh Evans says that the sum raised is “so close” to “see[ing] that polio is wiped off the face of this planet, and that’s what we’re committed to.” The festival was designed not just to raise money, however, but also to engage its audience in some form of activism. Attendees earned points that translated into a spot in a ticket lottery by doing good deeds or by volunteering. We would love to hear from those who attended. What did you do to get your ticket? Was it a one-shot deal or has it encouraged you to pursue some ongoing action? –Mike Keefe-Feldman