69-Year-Old Nonprofit in Cincinnati Closes Its Doors—Isolated Incident, or Part of a Trend? 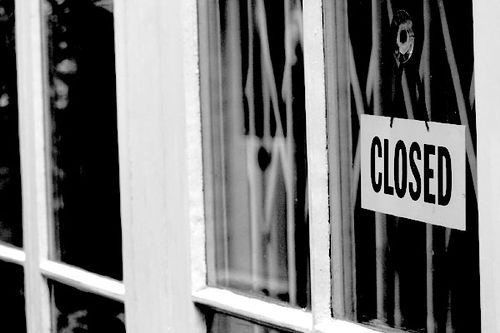 For the past 69 years, Bridges for a Just Community has been promoting diversity and fairness in the Cincinnati. The website describes the organization as the Queen City’s “leading human relations organization since 1944 and…a founding member of the National Federation for Just Communities, a coalition of like-minded organizations working across America to bring the values of diversity, inclusion and social justice to our communities, schools, workplaces and institutions.” But in a recent news release, Bridges has announced that it would cease doing business in September.

In its 2012 Report to the Community, Bridges describes a very robust range of work, collaborating with Public Allies to promote its mission and values among young community leaders, and a remarkable study in partnership with the University of Cincinnati looking at the community’s changing attitudes towards racial equality, fairness, and inclusion.

The organization’s history includes active involvement around several racial incidents in the southern Ohio city. But for this writer, one of the most lasting and important legacies would be its announcement in 1994 of a campaign to create the National Underground Railroad Museum, which is truly remarkable. As a reminder of Cincinnati’s important role in the anti-slavery movement, it is a poignant and beautiful addition to an exciting and lively, albeit somewhat wealthy and business-oriented, riverfront district.

So what happened? The news release cites a number of causes. Changing attitudes in the city mean that the organization has practically put itself out of work, although the results of the previously mentioned study with the University might contradict that theory. Of course, money is also an issue, and Bridges was apparently hit hard during the Great Recession of the past few years. The organization’s IRS Form 990 supports this premise. In 2007, the organization was the beneficiary of a significant bump in support, moving to over $1.5 million in donations. However, by 2010, this had dissipated. Despite significant salary reductions and other cost cutting, the 2011 filing with the IRS shows the organization losing over $100,000.

In a city that has a history of troubled race relations, but is very proud of its history helping slaves find freedom, why is a venerable organization like this one in trouble? With a strong mission, a desire to forge powerful collaborations, and designation as a Better Business Bureau accredited organization, why are donations slipping to the point of having to close their doors? Is this an isolated incident of an organization going past maturity and into decline, or is it an example of something broader?

Press coverage of nonprofits going out of business is sporadic, as some may not issue press releases or otherwise attract much attention, but occasional reports do emerge. Here are a few recent stories from around the country:

These are three isolated examples, randomly drawn from Internet reports, but it does appear that many nonprofits are closing their doors, and that most are doing so because of a lack of financial support.—Rob Meiksins