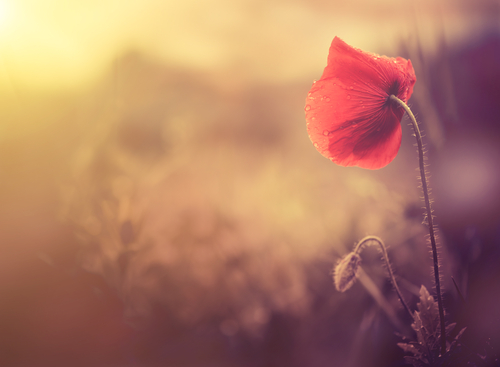 In the UK, 92-year-old Olive Cooke, a poppy seller since she was 16, was found dead in the Avon Gorge two days before the 70th anniversary of V-E Day. Some think being exhausted by appeals from charity might have contributed to her death. Michael Earley, a friend of Cooke’s, said she was being sent 180 letters a month, and that doesn’t include the phone calls. While he would not blame her death entirely on this pestering, “They would phone and she would have a job to put the phone down again,” he said. “She felt guilty she couldn’t give in the same way she wanted to give. She felt tormented.”

Cooke herself had voiced upset about the matter in an October 2014 interview with the Bristol Post. Her son, Del Whelan, 62, said, “It was the constant drip of the begging letters. I think she found it difficult to say no. She had just had enough.” And while Cooke’s daughter says that she does not believe that pressure from fundraisers could be implicated in Cooke’s death, others are very concerned.

NPQ has written previously about an investigation by the Center for Investigative Research into the abominable practices of some fundraising telemarketers in targeting elderly and vulnerable people in this country, and a quick scan of that article can provide a sense of what might have been at play here.

Prime Minister David Cameron, who presented Mrs. Cooke with a Points of Light award last year for being the UK’s longest-serving poppy seller, said she had “worked tirelessly for the charities she supported.”

“I know there is a code that is meant to protect people from feeling pressured by charities,” said Cameron, “and I hope the Fundraising Standards Board will look at whether any more could have been done to prevent this.” For his part, Fundraising Standards Board chief executive Alistair Mclean said, “There are clear and high standards for charity fundraising in the UK, set out in the Institute of Fundraising’s Code of Fundraising Practice, which cover the requirement not to pressurize the public and reinforce data protection requirements.”

The Charities Commission has said that because fundraising is self-regulatory, they are not involved.

In Third Sector, veteran fundraiser Valerie Morton reflected in an op-ed on a recent incident that, from her perspective, brought concerns about this issue to a head:

“Even before the tragedy of Olive, [I was] at a meeting with charity clients where two young fundraisers both, unprompted, talked about how they had themselves stopped donating to certain charities that had phoned them so many times after they had made a small text donation. Clearly the message ‘I don’t want to give any more money’ was being interpreted by the charity representative as, ‘I don’t want to give at this precise time.’

“Now, if someone who is a fundraiser does not know that they should simply say ‘please remove me from your lists,’ how can an ordinary member of the public be expected to know the correct words to use? This same pair recounted tales of being contacted by telephone fundraisers who would not get off the phone and would not take no for an answer. They said that it gave their profession a bad name.”