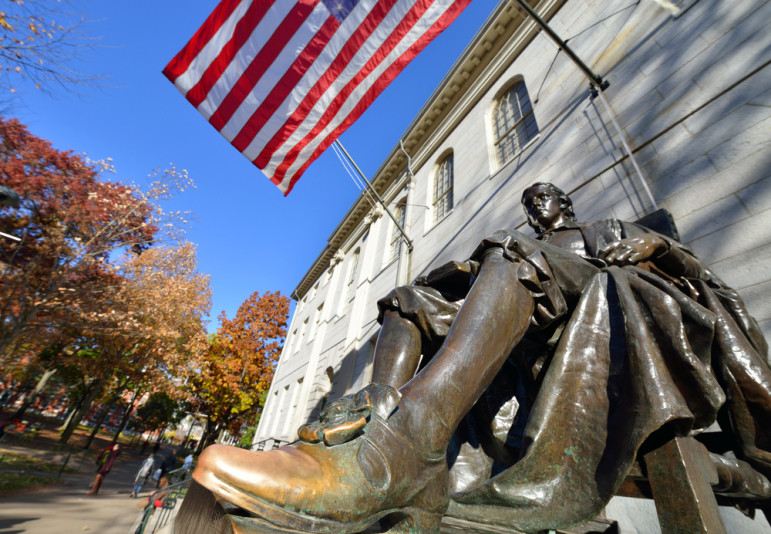 In 2013, Harvard’s chief investment officer received a 99 percent boost in her compensation for a total of $9.6 million even as investment returns on the endowment trailed the other eight Ivy League schools. In fact, Jane Mendillo got the biggest raise to the biggest paycheck for the worst performance on the biggest endowment in the group. And we thought Harvard was full of smart people!

As can be seen below, a recent Bloomberg survey of 62 U.S. colleges found that there is often no clear relationship between investment performance and investment manager compensation: 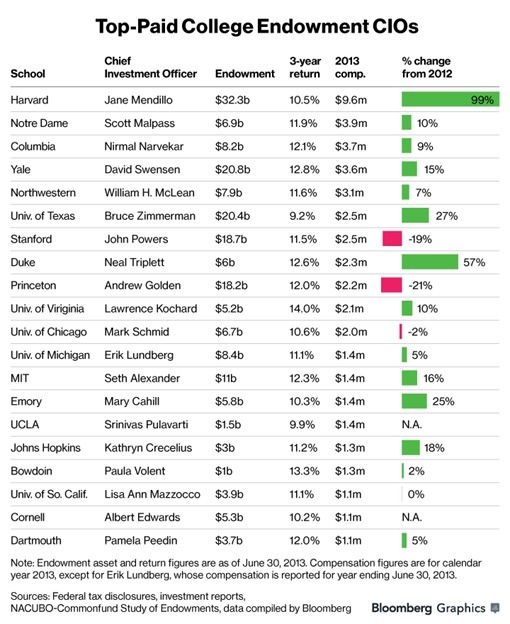 Ge Bai, an accounting professor at Washington and Lee University in Lexington, Virginia, who studies compensation, calls the disconnect alarming. “It doesn’t make sense to pay someone multimillion dollars when their returns are trailing their peers.”

Mendillo’s compensation in 2013 is almost nine times the compensation of Harvard’s president, Drew Faust. In a weird blip, $8.3 million as a performance bonus was also by far the largest among her peers—again for the worst performance.

In its 2013 annual report, Harvard boasted that the investment return that year grew by more than two percent, but that would have been far below the average among Ivy League Schools.

“It simply stumps me,” said Charles Skorina, an executive recruiter in San Francisco who specializes in endowments. “Any board that sets substandard benchmarks ought to take a hard look at their investment goals.”—Ruth McCambridge