A “Big Bet” Grant to a Baby Nonprofit Goes Awry 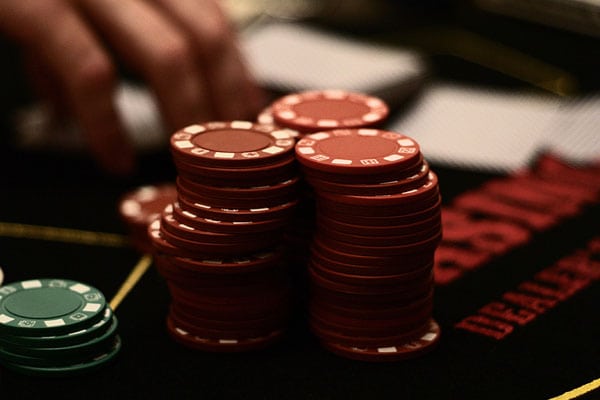 A fascinating article in Wired documents the implosion of another new organization following the award of a “big bet” grant. Someday, we will add up all of the money spent in the context of such stories, which follow a standard plotline: An outsider gets a bright idea that he promises will revolutionize a field and gains access to a funder who is convinced by his grasp of the subject matter and new approach. The donor/foundation takes a big risk and makes a mega-grant, then the organization lands on the field like a giant unsocialized toddler and goes belly-up within a few years with little to show for the endeavor. In this case, at least, no real harm was done.

So it was with the Nutrition Science Initiative (NuSI). Founded in 2012, the new organization got lots of press and cash for its plan to revolutionize research in the field of nutritional science—specifically, into the root causes of obesity. The two principals in the endeavor were Gary Taubes, a journalist, and Peter Attia, a physician/researcher. They hoped to cut obesity in the US by half and diabetes by 75 percent. NuSI raised $40 million quickly to launch; now, six years later, the organization has lost its major research partner, its major funder, and the organization’s cofounder, leaving in place Taubes, two part-time staff, and a volunteer.

Taubes was, in a reversal of the usual roles, contacted in 2011 by one of the founders of the foundation that ended up providing the original $40 million. Taubes was a high profile anti-sugar advocate, having written a 2002 New York Times cover story titled “What If It’s All Been a Big Fat Lie?” and a bestselling book entitled Good Calories, Bad Calories. By May 2012, the Laura and John Arnold Foundation had given NuSI a $4.7 million seed grant followed by $35.5 million to be spent over five years.

Here is what the money was to be used to explore:

The mainstream view is that it’s simply an excess of calories that makes people fat—no matter whether those calories come from a bagel or a steak or a bowl of broccoli. Taubes and Attia subscribe to a growing minority stance, dubbed the carbohydrate/insulin or C/I hypothesis, that contends obesity is caused by an excess of insulin driving energy into fat stores. In other words, sugar makes people fat.

To be fair, NuSI started recruiting research partners, some of whom disagreed with their hypothesis. One of these was Kevin Hall, a senior investigator at the NIH’s National Institute of Diabetes and Digestive and Kidney Diseases, who would run a pilot project called the Energy Balance Consortium (EBC), which tested a few alternative diets on 17 men in a locked ward. The resulting data showed “no significant difference” in energy expenditure. That should not have been a big deal—many such experiments go through such phases—but the folk from NuSI started to niggle with the experiment’s methods and findings, seeing the experiment as a failure.

“From my perspective, the pilot was a failure for several reasons,” says Taubes. “First, it failed to get people in energy balance in the run-in period and that was a necessary condition to interpret the findings.” In addition, he points out the design didn’t include a group of non-dieters, and non-randomized trials do not allow for firm conclusions about causality, conditions that everyone in the group knew going in. All the pilot told them, in his eyes, was that their method was flawed. “If this was an animal study, they’d have thrown them out,” says Taubes. “Euthanized them and started over.”

But the thing is that the plan for the research had been agreed upon in advance. Wired writes,

The relationship between EBC and NuSI continued to fray. “There was not a real team,” says Eric Ravussin, EBC’s co-principal investigator and director of Pennington’s Nutrition Obesity Research Center. “As scientists we were in agreement over the pilot results and the new protocols, but NuSI had some concerns. It eventually just became us versus them.”

According to Hall and Ravussin, NuSI began to push back, in a way that they felt jeopardized their ability to do good science. In April, the EBC researchers sent NuSI an email requesting to re-establish their academic freedom.

As 2015 turned into 2016, the relationship between the EBC researchers, NuSI, and the Arnold Foundation deteriorated even further. At the end of December, Attia quietly resigned from the organization. Sources close to him say he was unhappy being a full-time fundraiser; he wanted to get back to research.

Two replacements for Attia as president of the effort cycled in and out of the organization, and then in early 2016, the Arnold Foundation replaced yearly contracts with three-month bridge contracts and an attendant request to downsize. After a squabble with Taubes in front of John Arnold, Hall resigned, throwing the relationship between NuSI and EBC into a tailspin. Not too long later, the Arnolds pulled out of the relationship with NuSI, though not with that area of research, leaving Taubes looking around for more money.

From afar, the failure of the organizational base for this effort seems predictable. You had a passionate advocate as a founder thrust into a multimillion-dollar budgeted organization where he needs to cooperate with others. The fact that most of those around him eventually deserted the ship ties a bow around an organizational diagnosis of the dynamics. We might suggest that the funding strategy on this situation was too rushed, the leadership was too untested, and the concept being pursued—though potentially promising—would have benefited from a broad-based approach less connected to a single individual. Then again, it’s good to remember that some grants are just too big to swallow whole without choking on them.

In the end, however, it can be presumed that the purpose of the grant was not to create a sustainable organization but to advance research on a scientific question. That goal has been pursued, what with two studies now in hand (complete with spirited questioning of the protocols needed to run such a study) and two more yet to be published, according to Wired. Thus, even though the vehicle may have faltered, some research got done—and, one hopes, will serve as a foundation for more research elsewhere, as the Arnold Foundation remains interested in this area, which they confirmed in a statement emailed to Wired: “This research was designed to answer scientific questions in the fields of nutrition and obesity. While the foundation no longer directly supports NuSI initiatives, we continue to fund work in the field of nutrition science and remain open to further investments in this area. The NuSI project was a worthwhile effort and remains an important health-related issue for Americans today.”—Ruth McCambridge

This article has been altered from its initial form to add further information regarding studies in progress and the interests of the Arnold Foundation.

More about: payments in lieu of taxesFoundation Grant making and Asset UseManagement and Leadershipmega-donorsNonprofit News