A Board’s Guide to Surpluses and Deficits 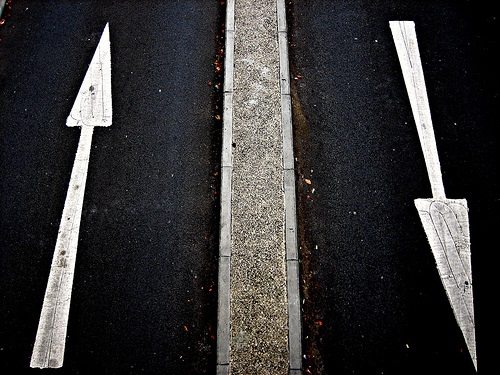 A couple of years ago, I was approached by a board member of the church I attended, who noted that the organization was ending the year with an approximate $20,000 deficit relative to a budget of slightly more than $400,000. The board member had been assured by the treasurer that the deficit wasn’t a problem because there was plenty of money to pay the bills. What did I think?

This kind of question generally requires information from more than one report or source. In this case, I looked at the fund balance at the bottom of the “statement of financial position,” or balance sheet. Sometimes referred to as “unrestricted net assets,” the fund balance for a nonprofit is analogous to equity on a corporation’s balance sheet or an individual’s net worth. If you run a surplus for several years, you accumulate a positive fund balance. That balance may be enough to cover a year in which you run a deficit. You can still end up with a positive fund balance. From year to year, an organization’s revenue and expenses may fluctuate, so an occasional year in which the organization sustains a deficit is not necessarily a harbinger of the organization’s demise.

After determining whether the fund balance is sufficient to cover the organization’s operating deficit, I’d want to understand whether a dangerous trend or something less worrisome is in play. Has the congregation shrunk, or was there an unusual event—say, the costs associated with a search for a new director—that created this deficit? What is the organization’s history over the past three to five years? Too often, when revenues stagnate or decline, organizations whittle away once-healthy fund balances. On the other hand, expenses nearly always increase.

Sometimes it’s more than whittling. A human-service organization that provides temporary housing and supportive programs for clients with mental health issues had two years of record-breaking deficits and wiped out a fund balance in excess of $250,000. This is a case of what I’d call “magical thinking.” You count on a regular city grant to support a key program. The grant isn’t renewed, but the needs of your constituents haven’t gone away. You continue to provide services with high hopes of tapping new revenue sources to fill the gap. Program staff often has little involvement with billing and may be unaware of revenue shortfalls. In this organization, staff and board members were aware of the loss of the grant, but there was a kind of psychological disconnect. An astute board member of this organization confessed, “We knew it was a fictitious budget, but we approved it anyway.”

Another organization with which I work has run a deficit this year of more than $200,000, and board members are periodically reminded that it is nothing to be concerned about. Their operations don’t fluctuate wildly from year to year; in this case, the answer lies in the practices that nonprofits follow when revenue is “recognized,” or recorded as revenue. Financial Accounting Standards Board standards require nonprofits to record unrestricted grants and contributions as revenue when a funder or donor makes a commitment to the organization, not when the money is actually received. The grants that this organization relies on to cover the current year’s expenses were awarded (and received) before the year began; thus it had a big surplus in 2007 and a comparable deficit in 2008.

For the board, the key is to realistically assess the likelihood of sustaining its work at this level. Was the grant a onetime-only windfall for activities that are expected to be ongoing? What efforts will replace it? Even if the work it funded was short term, does the organization have plans to reduce or replace the amount of overhead and indirect costs it covered?

I don’t want to give the wrong impression here: if your organization runs a deficit, you should be concerned and not accept easy reassurance that everything’s OK. But it’s more problematic to assume that a surplus indicates good financial health. The “bottom line” is often not the bottom line for nonprofits.

As illustrated in the previous example, the rules regarding revenue recognition are one culprit, and make it particularly difficult to review financials throughout the year. The accounting treatment is different for unrestricted grants, for temporarily restricted grants, for special events revenue, and for contract revenue.

Many nonprofits work under cost reimbursement contracts, often with government agencies. Contract revenue is recorded when services are provided, which means that your program will be perfectly in balance (as long as you charge only reimbursable expenses to the program). Sounds simple, right? Most of these contracts are for fixed amounts, so look at the spending rate not only to ensure that you don’t spend it down more quickly than your budget calls for but also that you can provide the level of service required and cover all your costs, including overhead and indirect costs. If not, you run the risk of charging some of the costs to another funding source and putting that one in a deficit situation. There may already be costs associated with providing the service that are not allowable, meaning that those expenses need to be paid for with other funds, often your precious unrestricted funds. One form of this problem occurs when the allowed overhead rate doesn’t come close to covering your actual overhead. The board should ensure that contracts reflect the true cost of providing the service as much as possible.

In addition to the statement of revenue and expenses (which summarizes the excess of revenue over expenses as the “bottom line”) and the balance sheet (with its unrestricted fund balance), you need to be armed with a detailed organizational budget so that you can (1) monitor the variance between actual and budgeted amounts, and (2) keep on top of revenue. I am especially suspicious of balanced budgets: how likely is it that projected income will be exactly equal to projected expenses? When it comes to budgeting revenue, nonprofits are incredibly susceptible to magical thinking.

Case in point: Knowing little about the intricacies of housing finance, I reviewed the budget of a community development corporation (CDC). The CDC had just received a line-of-credit increase from its bank, indicating that the bankers thought the organization was financially healthy. It was going to reverse the prior year’s shortfall with a hefty development fee for one of its projects. As I read the previous year’s audit report, I noticed that over the prior few years the auditor had prudently written off development fees of more than a million dollars. I then asked management about the prospects for actually receiving the development fees in the current year’s budget and quickly learned that things did not look good. This is a particularly dramatic example, but I’ve seen this magical thinking in numerous organizations and among the most financially astute people I know. There’s no malicious intent here; people who are committed to programs want these programs to work, and it’s awfully easy to bridge the revenue-expense gap with an overly optimistic projection of revenue.

But if you don’t pay attention to changes outside your organization that may affect revenue, such as reimbursement rates, you can start a year with a sound budget and end up with a disastrous deficit. A charter school learned only three months before the end of the school year that its tuition reimbursement from the state would fall more than $200,000 short of the amount the state itself had projected. The reason: the reimbursement formula was based on enrollment in the charter school and average per-pupil spending by the local school district. The school district had encountered a budget crisis and cut spending as enrollment grew, which doubled the impact on its average per-pupil spending. Fortunately, the charter had a strong relationship with a local foundation that allowed the school to use a grant intended for capital purposes to fund the operating loss. From then on, the head of school paid careful attention to the town’s budget developments.

From the outside, of course, it’s easy to be the stern voice of financial control. All organizations should be conservative in their revenue projections and run a surplus every year, just as we should all have spotless houses and raise well-behaved children. But the real world of compelling needs and limited resources is much more challenging. What’s an organization to do? Ask the tough questions, know where the gaps lie and what’s being done to fund them, and have a plan for the next step if funding doesn’t come through. Timing is critical; a modest budget cut made early on can leave your organization much more viable than a drastic cut made too late.

2. Considering your surplus options. If you have a surplus, consider the following:

3. Considering your deficit options. If you have a deficit, consider the following:

Kay Snowden is the client services manager for fiscal sponsorship at Third Sector New England, where she focuses on building the capacity and financial literacy of small nonprofits in southern New England.

More about: Board DevelopmentFinancial ManagementManagement and Leadership