For hundreds of years, Black people have called attention to the volatility and danger of unchecked white rage. It quickly spreads like a fire, gains momentum, turns into violence, and causes irreparable harm and damage.

In 1955, Mamie Till addressed this when she held an open-casket funeral for her son Emmett. She wanted the world to see what unchecked white rage was capable of. It was solely responsible for brutalizing, torturing, disfiguring, and murdering her 14-year-old son. In 1960, at six years old, Ruby Bridges desegregated an all-white school and needed four federal marshals to escort and protect her from the unchecked white rage, just to enter and exit the school. In the 1960s, all major news networks broadcast Black people being beaten with batons, sprayed with fire hoses, and attacked by police dogs as they peacefully protested for the right to eat at the same lunch counters as their white counterparts. The violence experienced by Emmett, Ruby, and others was the result of unchecked white rage.

In 2020, the world watched the seven minutes and 46 seconds that a Minneapolis police officer knelt on George Floyd’s neck, taking every bit of life from his body. The horror of that murder replayed over and over. The carnage of Black bodies should have awakened all people to see what happens when white rage is left unchecked.

Then, on January 6, 2021, the same unchecked white rage turned its terror on the Capitol. Fueled by the standard of lies, fear, and propaganda that fan the flames of violence, this vicious and murderous mob that had once screamed about law and order now broke laws and were out of order. They turned and attacked the same white people in positions of power who have been often insulated and protected from this type of brutal behavior. The mob shattered windows and breached a federal building that was once sacred in their eyes, while calling for the lynching of the then-Vice President and Speaker of the House. So now, people want to call out this behavior as unacceptable? The same people who used the phrase “law and order” as their personal tagline now have actively participated in murdering a police officer by bludgeoning him to death with a fire extinguisher. Where are the calls that “Blue Lives Matter”? Or is that only used in response when someone says, “Black Lives Matter”?

The rousing language from leadership was the match that lit the gasoline-soaked tinder that has been centuries in the making. Just know, the one who lit the match is equally as responsible as the ones who stood by, watched, and cheered as the flames engulfed its victims. It is contagious and quickly becomes uncontrollable. Unchecked white rage is rarely held accountable for its actions, never receives true justice, and is evidently left to soon strike again without any real fear of consequences or punishment.

The centuries of white mob violence that Black people have endured, marched against, and spoke out on have not created the level of attention or awareness necessary to enact effective and significant change. White people have used their anger—whether real, imagined, or fabricated—to frequently turn into lawless criminals, often exacting vengeance and terror on Black communities at their whim. They often used these moments for their sadistic pleasure, while claiming to be moral superiors to Blacks and saviors of a civilized society.

The infamy of January 6th will live on, not because of the death and destruction left behind in its wake, but rather because unchecked white rage turned its very regular frenzied behavior—resulting in violence, terror, trauma, and death—on its own. The white mob unleashed its fury on other white people, who they themselves believed to sit at the very pinnacle of power. The videos on replay showed those white men and women frantically running in fear for their lives. They were ushered back and forth through corridors as they searched for a place to hide, a safe haven. Many of them huddled in closets and under desks, hoping for the threat to be over but not knowing when or if they would make it. Unfortunately, I am no stranger to witnessing Black bodies run in fear for their lives.

I wondered what they thought about in those moments, especially those who have stood by for years and dismissed the horrific crimes against humanity as outliers, or even justified the violence when this very behavior has led to the brutalization and murder of Black and Brown people for hundreds of years.

For years, we have been warning you. The unchecked white rage has gone on for centuries, yielding its nooses, crosses, fire, guns, water hoses, police dogs, horses, whips, and chains with it. Dr. King once said, “Injustice anywhere is a threat to justice everywhere. We are caught in an inescapable network of mutuality, tied in a single garment of destiny. Whatever affects one directly, affects all indirectly.” This rang true then and even louder now. When you do not stand up against the injustice against me and mine, it is only a matter of time before you and yours are on the receiving end of this thing called injustice. Are you finally ready to listen?

January 6th was not a surprise to some of us. It has been brewing and bubbling under the surface of this nation for a long time coming. It was the culmination of what was started in 1619 when the first Africans were enslaved and brought to these shores. It was in 1776 when the white men who some call “founding fathers” of this stolen land signed the Declaration of Independence that said that my ancestors did not deserve freedom and were not considered human beings. Actually, Thomas Day, an early abolitionist, noted the hypocrisy in this by stating, in a letter written in 1776, “If there be an object truly ridiculous in nature, it is an American patriot, signing resolutions of independency with the one hand, and with the other brandishing a whip over his affrighted slaves.”

It was in 1865 with the ratification of the 13th Amendment ending legal slavery (in one form), and the 1965 Civil Rights Voting Act, and in the 2008 election of President Barack Obama. It was stirred in every act of violence that happened in between these historical dates. I hope that we are beyond a time to believe with naiveté that we live in a post-racial society. January 6th showed us that, yet again, unchecked white rage is not seen as so much of a threat and does not deserve the same treatment as Black people who are killed for simply living while Black, or people without paperwork being detained and separated from their families at the border, or Indigenous people being placed in cages and shot with rubber bullets while at Standing Rock, peacefully protesting the harm caused to their sacred land.

When a Black officer risked his life at the Capitol to divert the murderous mob and insurrectionists to save the lives of those in power and was lauded as a hero, it did not surprise me, because Black people throughout history have shown up to save white America. Many Black people watched the attack in horror yet immediately noticed the stark difference in treatment and outcomes that white terrorists receive versus Black people and other people of color when standing in protests for their beliefs. Kyle Rittenhouse and Dylann Roof and George Zimmerman all have lived to tell their stories, while the stories of many of my Black brothers and sisters, if told, are told from the voice of someone else who cared enough to do so, because their lives were taken, their light snuffed out prematurely.

We need more than legislation; we need action. We need new and improved systems. We need equity. Something drastic has to change, and not just in policy. (Yes, that is important, but the enforcement of it is equally important.) We need a change of minds and hearts.

I developed a workshop several years ago that highlights some key points to becoming an effective ally. Here are a few suggestions.

White people cannot just be well intentioned. They should, and must:

It is time to check white rage, as it has gone too far, for too long. Unchecked white rage has stolen memories and history, childhoods and innocence, families and futures, joy and dreams, lives and generations. Unchecked white rage has destroyed entire communities. Unchecked white rage has taken so much more than it will ever be able to return. Nothing will or can repay or restore what was stolen, but you can damn sure begin to support the healing. Black people have always known this, but now the white world’s eyes have seen, and ears have heard, what we have screamed and shouted for centuries. Now that we have your attention, what are you going to do?

This is my voice and my opinion. I am the teller of my own story. 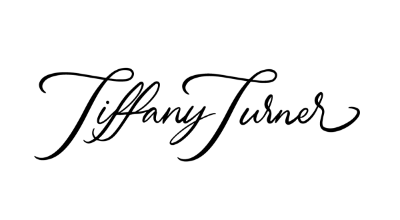