A Community Votes to Pay Into its Local Community College 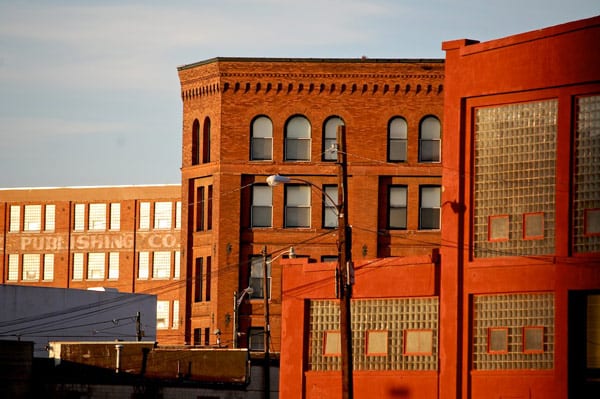 Can a college capital campaign, which includes a big ask of tax payers, succeed in the current higher education climate? It worked in Dayton, Ohio.

According to census data, about 18 percent of Dayton residents have a bachelor’s degree, although 36 percent have some college or an associate’s degree; country-wide, about 30 percent of Americans have a four-year degree. One might then assume that college might not be a priority for the Dayton community, but last year, 75 percent of its voters passed a tax levy of $28 million for Sinclair Community College.

Attitudes regarding higher education are in flux. The Pew Research Center’s most recent survey indicated that 61 percent of Americans believe higher ed is going in the wrong direction. Those surveyed indicated that the tuition costs are too high, and they questioned whether a college graduate is prepared for the jobs available. (Surveyors likely did not point out that job training is not necessarily the point of higher ed.) Pew asked about the political party of the participants, and responses were decidedly divergent: three-quarters of Republicans were concerned about professors bringing their political views into the classroom, while only 17 percent of Democrats felt the same.

According to a Gallup Poll released in October, there has been a nine percentage point drop in confidence in higher ed since 2015. Only one in four people believe that the colleges are fine the way they are—but a majority still support the public schools, and an amazing 81 percent, no matter their job or gender, even those without degrees, have a positive view of their community college. Montgomery County, of which Dayton forms a part, went majority Republican in 2016 for the first time in 28 years, but still passed the enormous community college levy a year later.

In 1903, when the Wright Brothers were giving us the gift of flight, Dayton had more patents per capita than anywhere else in the country. There is still aerospace, robotics, and bioscience work in the city, jobs that require college degrees, but it comes down to cost and preparation.

The sheriff of Montgomery County, Phil Plummer, defines himself as small-government, low-taxes Republican. Still, he sees the need for higher education and volunteered to be the co-chair of Sinclair’s levy campaign.

“People are fatigued by taxes,” he says. “But I believe in putting my money where it’s valuable.”

Plummer decided ten years ago that he needed more than his associate’s degree from the University of Toledo to be a solid contender for sheriff, so he took online courses with the for-profit University of Phoenix, doing his homework while his family slept. Now, one of his kids hold a master’s degree, one has a degree from the US Airforce Academy, and the third is a Ph.D. candidate. Plummer points out that as a community college, Sinclair trains EMTs, nurses, and firefighters, and is the affordable first step for many on the road to a four-year degree.

The school hired a polling firm prior to the tax levy to find out where they stood in public opinion. One in two residents had taken a course there and 80 percent said a family member had, with 90 percent of the graduates still living locally. They went into the campaign ahead of many nonprofits facing the capital campaign climb, so they did not have a heavy lift on marketing and branding.

The new tax levy for the school, which gets a third of its dollars ($40 million) from local taxes, will go towards capital projects like the new health-sciences center and to subsidize tuition for county residents like Daniel Palmer.

Palmer’s father went back to school when he was laid off from General Motors and took a job at a grocer. Daniel learned that education was crucial to change one’s path and open doors. Now he is commuting 25 miles to class on scholarship and trying to cover other costs. He is the student-body president and went with other students to the capital in Columbus to get a tax exemption for textbooks.

“There’s been a 612-percent increase in the cost of textbooks since 1986,” he says. The exemption didn’t pass, but he is invested in the community and hopes to attend law school, and maybe run for office.

Starting a journey like that at a two-year community college is more affordable. And a community can get behind the local college, at which there is training for the jobs in their own neighborhoods—as nurses and firefighters, for example.

Then there is the direct, immediate advantage: the community college is a significant employer. Dayton lost its long-time large employer, the National Cash Register Company (NCR), nine years ago. Now Sinclair is one of the three largest employers in the county; two other colleges, the University of Dayton and Miami University, are also in the top 10.

It becomes evident that whatever the polls and surveys are saying about the lack of confidence in higher education, there are clear reasons for popular support of the local community college in a city like Dayton, Ohio where the immediate connections are more obviously felt.—Marian Conway