A Different Take on the Charity Rock Concert 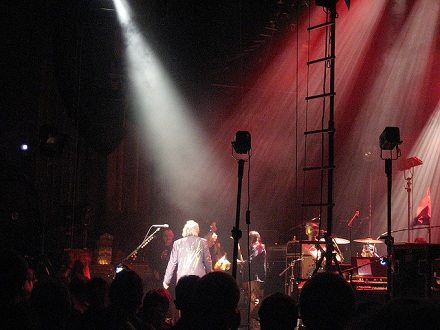 Neil Young will keep on rockin’ in the free world at Central Park’s Great Lawn on September 29th, and he’ll be joined by the Black Keys, the Foo Fighters, Band of Horses and K’naan. The performers will take the stage as part of the Global Festival, a Global Poverty Project initiative to raise both funds for and awareness of poverty around the world. But if this sounds like any other charity concert, think again.

Given that the Great Lawn is a public space, tickets to any concert must be free and accessed through a lottery system, so the concert organizers seized the opportunity to turn the unusual ticketing structure into a call for action and engagement on behalf of charities working to eradicate poverty. Rather than charging fans a certain ticket price and then donating a portion of the proceeds to the charity involved—the norm for charity concerts—would-be concert-goers will have to earn their ticket through “taking action for the various causes and charities represented by the event,” Rolling Stone reports, “from making donations to educating themselves in depth about various issues.”

The Global Poverty Project views itself as a catalyst to “increase the number and effectiveness of people taking action to see an end to extreme poverty.” According to Global Poverty Project co-founder Hugh Evans, “We wanted Global Festival to be about action, not money. By thinking different about how we distribute tickets, we’re building a movement.” Added Evans, “Music and movements go hand-in-hand: from ending the slave trade in the 1800s through the freedom chant against apartheid in South Africa, music has been a key part of social change, and that’s still so true today.”

While this isn’t the first concert to ask its attendees to get involved in some sort of activism, it is likely one of the largest to do so. What do you think of this idea of concertgoers needing to take some sort of action to earn their tickets? Might this help develop a deeper connection to a cause than simply stating that a portion of one’s ticket cost will be delivered to a charity? –Mike Keefe-Feldman