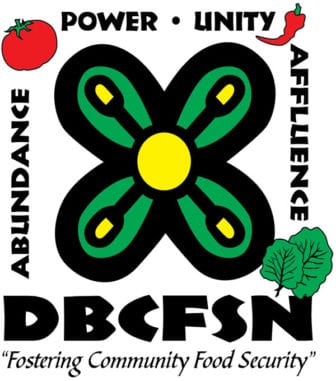 A project that seeks to start a 34,000 square-foot food co-op, event space, and commercial kitchen in Detroit’s North End is gaining momentum and may open before the end of 2020, reports Brian Allnutt for CityLab.

Supported by the Detroit Black Community Food Security Network, whose executive director is Malik Yakini, the “project could serve as a proof-of-concept for the ability of co-ops to build wealth, create food security, and drive investment in underserved communities,” Allnutt writes.

Last summer, NPQ interviewed Yakini, who spoke about the project. Yakini explained to NPQ the project’s importance in the context of Detroit. As Yakini put it, “You have a city that is 80 percent African American, yet few Blacks own stores. The average person can see that, and experiences it every day. So that kind of explicitly racialized way in which wealth is being extracted, at least in Detroit, is quite evident. There is a need for us to cooperate for our own collective benefit.”

The overall project is called the Detroit Food Commons, which contains the Detroit People’s Food Co-op. As Allnutt points out, citing the research of John Jay College professor Jessica Gordon Nembhard, the work in Detroit builds on a century-plus-old tradition of African American business cooperatives going back to the days of WEB Dubois and before.

The Detroit co-op plans to create 20 to 40 jobs. Providing financing for the buildout is the Michigan Good Food Fund, a partnership among Capital Impact Partners, the Fair Food Network, Michigan State’s Center for Regional Food Systems, and the W.K. Kellogg Foundation. So far, the fund has invested over $12 million in food-based projects in Michigan, as well as providing technical assistance. The Fund sees food co-ops as a promising way to build wealth in communities facing systemic disinvestment.

Olivia Rebanal, who leads inclusive food system lending at Capital Impact Partners, says her community development financial institution (CDFI) sees the cooperative model “as a catalyst for community development. They empower leaders. They provide more equitable access to services…they are more likely than non-cooperatives to recirculate local profits back into the community.”

The Detroit food co-op effort has a lot going for it. At the same time, organizers are well aware that the grocery business is a low-margin business and that food co-ops, just like commercial grocery stores, can and will fail if not run well. Yakini outlines the approach the co-op intends to take both to achieve its social mission, as well as maximize its chances for economic success.

In the end, Yakini hopes that what is built in Detroit will not only be a community hub for food and education in Detroit, but a replicable model. The idea, Yakini says, is to encourage “funders to be more thoughtful about how funding and finance is deployed in majority Black urban areas.”—Steve Dubb