A Fresh Recipe for Tackling a Community’s Health Problems

According to Sue Joss, CEO of Brockton Neighborhood Health Center (BNHC) in Brockton, Massachusetts, “The closest correlation to good or bad health is your ZIP code.” Citing a growing body of research about how environment, personal habits, and poverty affect health, Joss was commenting on her nonprofit organization’s innovative partnership with the for-profit Vicente’s Tropical Grocery. By the end of this year, the two organizations will be sharing a renovated warehouse that has been vacant for 25 years, placing a grocery store and a community health center side-by-side in a federally designated food desert.

Vicente’s is a second-generation family business, opened 21 years ago on Brockton’s Main Street by Manuel Vicente Barbosa. His five sons now manage the business, including the new location on Pleasant Street, which opened last month after a $19 million renovation of the derelict warehouse. Vicente’s specializes in tastes of Cape Verde and the Caribbean, and attracts many customers with Cape Verdean or Haitian backgrounds. By catering to the cultural tastes of these groups, Vicente’s has earned the trust of its customers over two decades—which makes the business a natural collaborator for BNHC, and the new branch it will open later this year in the renovated building.

According to Jason Barbosa, “You can’t just run a business and not feel that it’s your responsibility to take care of the community.” Uplift Solutions, a nonprofit consulting firm that works with grocery stores to enhance community health, has been working with Vicente’s on the project. NPQ previously reported on the success of Brown’s Super Stores, led by fourth-generation grocer Jeff Brown, who has been quite successful in opening stores in food deserts in and around Philadelphia. Brown founded Uplift based on a belief that “full service supermarkets in underprivileged communities can become the anchor to fulfill community needs and ensure consistent access to fresh, affordable food.”

Brockton has about 100,000 residents, nearly a quarter of whom live in poverty. The diabetes rate is about 10 percent, “dwarfing the state average.” The alliance between Vicente’s and BNHC is intended to improve health outcomes in ways neither organization could tackle on its own. Among the planned strategies are these:

The impact of this collaboration on Brockton and its residents will extend well beyond the physical health of the community. Mayor Bill Carpenter notes that the renovated property sits at the “gateway” to the downtown area, and often is the first impression a visitor has of Brockton. The project will ultimately create about 200 new jobs and will likely generate additional economic activity in the area. The city has committed to building new sidewalks and housing, which as Joss notes, are linked with other aspects of health, like physical activity and safety.

Michelle Volpe, loan fund president at Boston Community Capital, a nonprofit community development financial institution that helped finance construction of Vicente’s new grocery, observed, “There is a growing recognition that it is partnerships that are really going to move the needle to create more catalytic results.”—Eileen Cunniffe 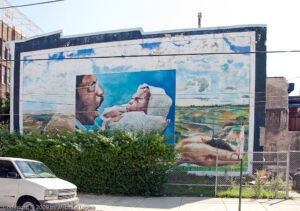 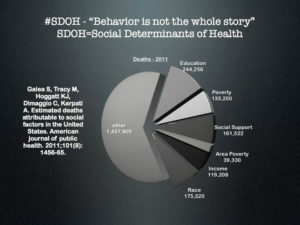 14 Hospital Systems to Collaborate in Addressing Social Determinants of Health 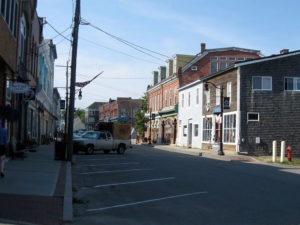 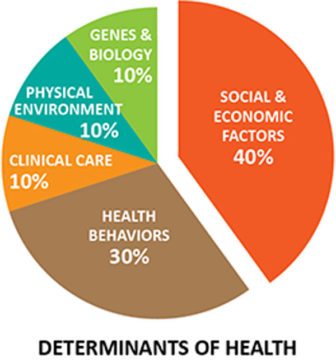