Alexandra Ocasio-Cortez turned heads on the red carpet during this year’s Met Gala in a floor-length white gown with the words “Tax the Rich” emblazoned in red across the back. The political fashion statement drew admiration from the left and criticism from right-wing figures, much like singer Joy Villa’s “Build the Wall” dress at the 2019 Grammy Awards did in reverse.

Interviewed by a reporter during the event on Monday night, Ocasio-Cortez addressed her controversial choice of couture, saying, “Oftentimes, this conversation is happening [only] with working and middle-class people. I think it’s time we bring all classes into the conversation of having a fairer country.”

Outside, police corralled a number of Black Lives Matter protesters also calling for economic justice, albeit in a different way. One protester, identified only as Ella in a subsequent Instagram post, marched up and down the street in a pink dress and white boots, sharing their own message through a microphone as scores of supporters looked on:

Ella, along with several other protesters, was arrested that day after roughly two dozen officers rushed toward the crowd, wrestling people to the ground and hauling them away in zip-tie handcuffs, according to footage and photos from the demonstration. The pomp and prestige of the rich and famous modeling high fashion inside of an ultra-exclusive event themed “American Independence” contrasts sharply with chaotic scenes of violence on black and brown bodies a few feet away. The Hunger Games metaphor writes itself, but there is another comparison to be made. What makes AOC’s political demonstration so palatable, and the protests of the anonymous masses so reprehensible?

It is now commonplace for the media to periodically churn out images and reports of BLM protesters being assaulted by the cops, even as they call for justice in cases of police brutality or demand the redistribution of funds from bloated police budgets. The general public and the elites have become seemingly desensitized and apathetic towards the lack of follow-through on these demands, yet they have developed a penchant for incorporating activism into culture and entertainment. The new “politics of the personal” is so now, so happening, but only acceptable during award shows and performances, where they can boost viewership, morale, and the notion that things are changing.

Meanwhile, the reality is that very little has changed when it comes to actual public policy. Following George Floyd’s tragic murder, months of racial justice protests led to sporadic, often superficial support from the rich and famous, while politicians made empty promises of reforming the police system. A “Hip Hop Month” was signed into law recently, while the reigning Democrats have quietly shelved the George Floyd bill for radical amendments to policing.

Indeed, assessing what became of the police reform projects drafted after last year’s uprisings will show that the projects were intentionally inadequate at best, and completely fraudulent at worst. Rather than defunding the police and channeling that money into underprivileged communities, New York mayor Bill de Blasio’s executive proposal for fiscal year 2022 raised the police’s budget to $5.13 billion—$230 million more than before. The mayor was among the attendees at the 2021 Met Gala.

Alas, with 2020 being a distant bitter memory, Americans are desperate to return to a normal world of extravagant parties, articulate politicians, and violently racist policing. Perhaps too exhausted and perplexed by the complex protests and issues that marked yesteryear, the liberals now swoon for bold slogans on beautiful clothes.

While AOC’s impressive and unusual rise to power has inspired many among the working class, how she employs her current power and popularity is valid for scrutiny. Is it meaningful to wear a dress saying “Tax the rich” while schmoozing with the rich? Or is it performative? And in an age where a major network is filming a reality series called The Activist, with celebrities such as Usher, Priyanka Chopra Jonas, and Julianne Hough as judges, does the answer depend on who you ask?

Journalist Tanzina Vega tweeted on Tuesday, “Love the dress or hate the dress—but you’re talking about the dress. So who won?”

The question is not only who wins, but what is being won? If the objective was to win the attention of the media and the viewers, then congratulations are in order. If it was to shift, like AOC mentioned, the conversation of taxing the rich to the rich themselves, then perhaps that was also accomplished. Yet there are finer, and more important, desirable outcomes that are difficult and necessary to measure. The rich may be amused and intrigued by such a dress, but do they actually want to be taxed more? Are they the sort of rich people willing to put a dent in their wealth for the greater good of society? With the further assumption, of course, that the government will indeed funnel those taxes into the causes that protesters are screaming for outside? On another note, are the average citizens scrolling past AOC’s dress on their phones bothering to research the economic implications of the snappy little slogan, and would it make them more civically engaged?

Critique is not irrelevant because of the frivolous idea that it keeps the spotlight on AOC nonetheless. Neither is it in the same category as the vitriol of certain Republicans who are threatened by one of the most progressive congresswomen. Rather, it is an important way to compare and contrast which political messaging is “safe” within society and which isn’t, who is celebrated and who is arrested, and which themes are thrust into the spotlight and which are cast aside.

Anastasia Tomkin is a radical thinker, organizer and cake enthusiast. She serves as the Direct Service Coordinator of Common Justice, an alternative to incarceration program based in Brooklyn, New York. Born and raised in Trinidad and Tobago, she holds a Bachelor's degree in French and Spanish from the University of the West Indies. An avid writer, she is currently working on her second book following the self-published poetry collection, "Delusions of Grandeur." 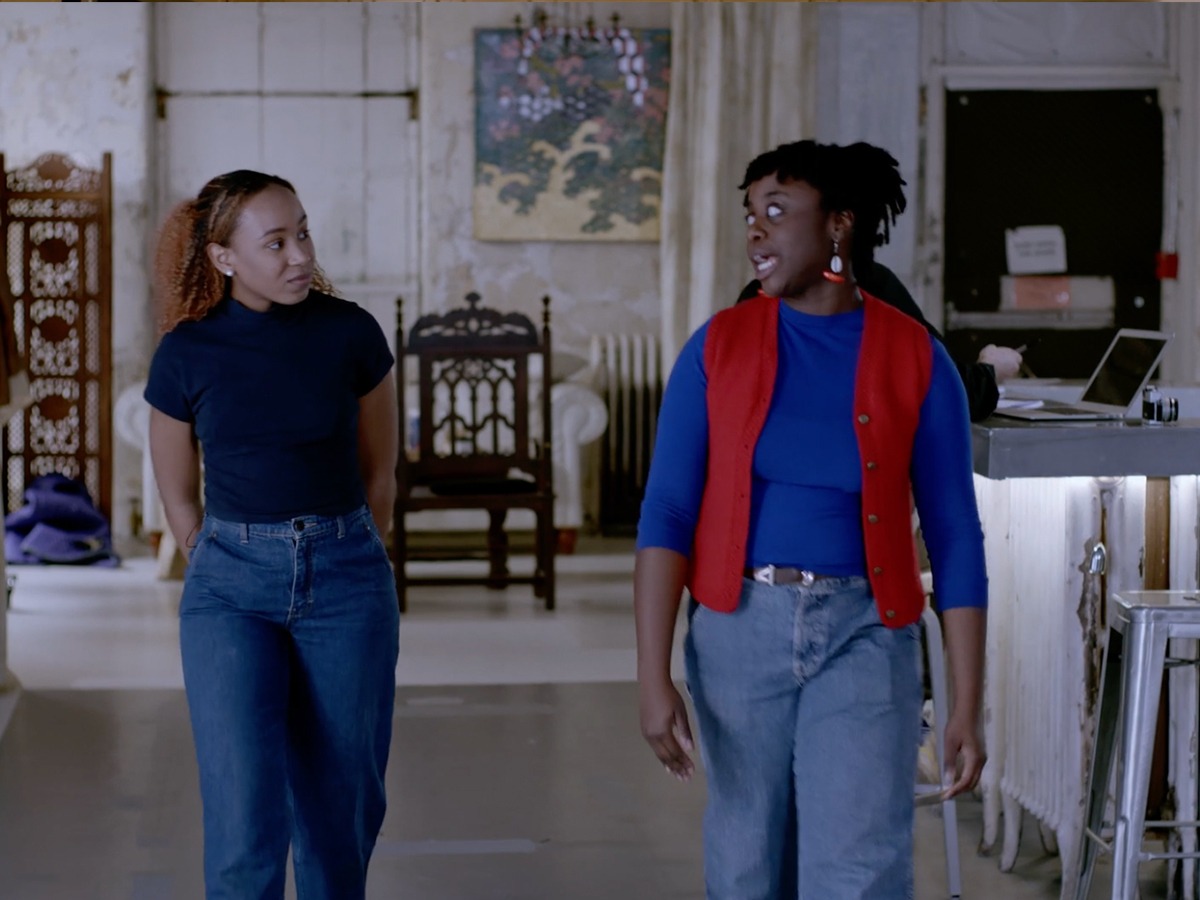 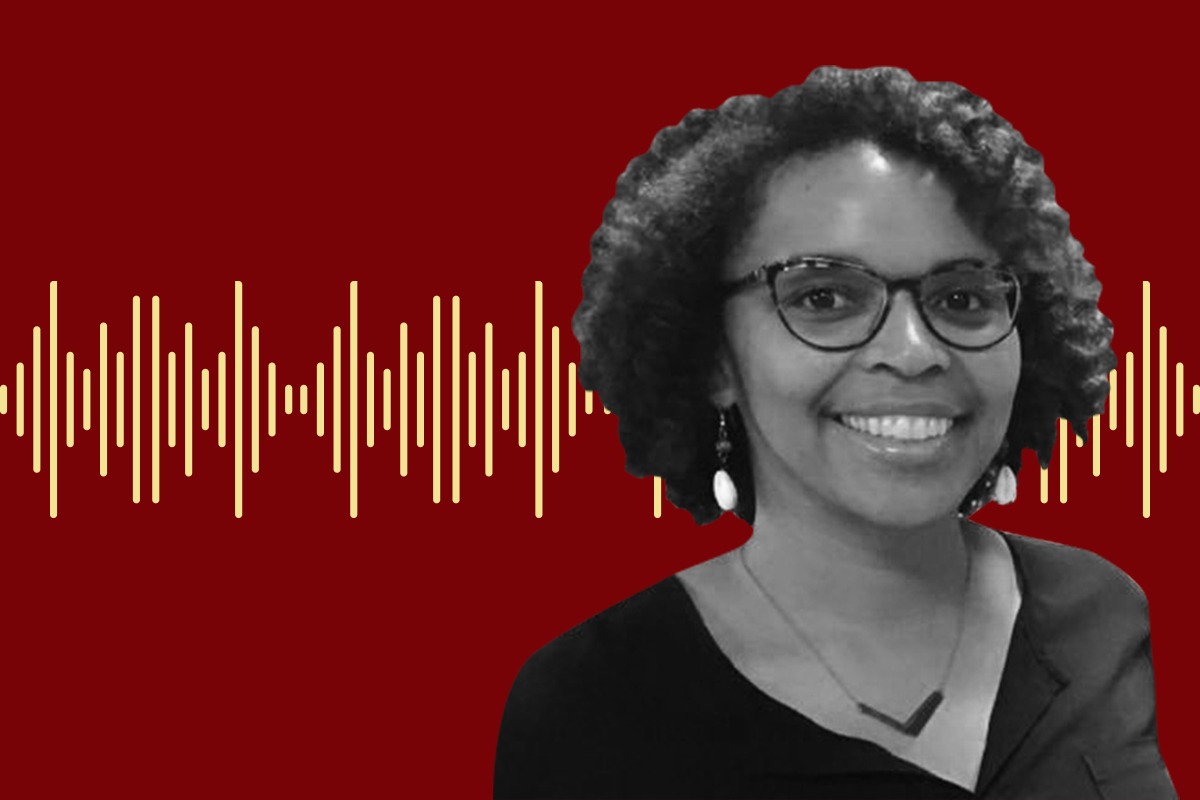