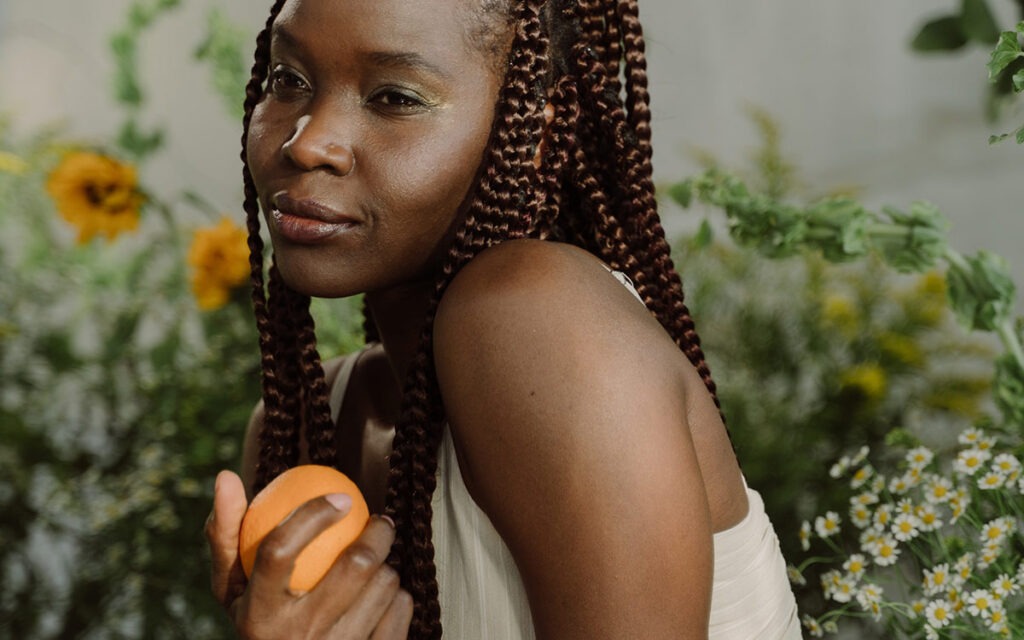 This article is part of Black Food Sovereignty: Stories from the Field, a series co-produced by Frontline Solutions and NPQ. This series features stories from a group of Black food sovereignty leaders who are working to transform the food system at the local level. It explores how these leaders are addressing critical issues at the intersection of food sovereignty, racial and economic justice, and community.

Black people have always known that food justice and sovereignty must be part of our vision for liberation. For example, in 1969, Fannie Lou Hamer established the Freedom Farm Cooperative in Sunflower County, Mississippi, to build power among poor Black farmers and sharecroppers and ensure that Black families had access to healthy, locally grown food. And the Black Panthers’ breakfast program fed tens of thousands of hungry children.

Much earlier than that, hundreds of thousands of Black Americans acquired their own land, as Dañia Davy of the Federation of Southern Cooperatives explains, “to escape sharecropping, improve their living conditions, provide for their families, and create thriving communities.” Davy notes that by 1910, roughly 218,000 Black farmers had acquired 15 million acres of land.

In the past century though, those gains were largely reversed. By 1920, 14 percent of farmers in the United States were Black; today, fewer than two percent are. The reasons for this decline are multiple, but it is clear that the decline was not Black people’s choice. Rather, as Davy details, Black land loss was the product of white violence, including widespread lynchings—buttressed by legal, quasi-legal, and illegal land seizures.

In short, the work that we do—operating a Black-owned farmers’ market in North Carolina—is rooted in a rich tradition of struggle for Black food sovereignty.

The organization we lead, the Black Farmers’ Market (BFM), operates during the growing season in Durham and Raleigh, North Carolina, with the market operating the second Sunday of the month in Durham and the fourth Sunday of the month in Raleigh. Both markets are held in locations where we can reach people who might have low incomes. The scale of our intervention may seem modest, but the work is motivated by the belief that small steps enable larger dreams of economic empowerment and liberation to emerge.

Confronting a history of exclusion

Though Black people contributed enormously to building this country’s food systems—as enslaved people as later as sharecroppers and farm owners—we have historically been excluded, and continue to be excluded, from land ownership and access to healthy food, profoundly impacting the wellbeing of our communities.

Today, there are over three million farmers in America. As noted above, less than two percent of these farmers are Black. Too many Black people have lost connection to the land and our nourishing and cooking traditions. One out of every five Black households is situated in a food desert—which might be more accurately referred to as food apartheid, given that there is nothing natural about food deserts.

For many, eating healthy seems impossible. To change this, we must support and protect Black farmers across the country.

How can a Black farmers’ market make a difference?

What does supporting Black farmers look like? For BFM, it began with fostering a space where our community could come together. BFM’s sister organization, Black August in the Park, was founded in 2015. The annual event, reminiscent of a Black family reunion, prohibited retail sales to elevate social justice organizations.

Many Black entrepreneurs and farmers center social justice in what they do—playing important roles in solving Black social and economic issues, for example, by providing employment and mentorship, prioritizing the needs and desires of Black people, who are often underserved or ignored by other markets, and fostering community. To make space for these contributions to our community, we hosted an annual Black vendor fair on Black Friday until 2018, when we also hosted the first Black Farmers’ Market to support Black farmers along with artisans and other entrepreneurs. That first year, the farmers’ market was a one-time event, but it grew, and in 2020, we launched our current schedule of bi-monthly markets.

In the Black community, Sundays are a big thing. They are days of fellowship, community, love, and, of course, food. To honor this practice, we decided to hold the Black Farmers’ market on Sundays. And they have been successful, regularly attracting up to 1,500 customers.

The farmers that we work with have together formed the BFM Trade Union, a group of over two dozen farmers, crafters, artisans, and food business owners who grow or produce their own goods and products. Union member chef Amelia Irene of Lotus Lane Culinary sees in “the community atmosphere created by the BFM team, trade union members, and other vendors…proof that we can accomplish anything when we are able to unify, organize, and work to achieve a common goal.” Amber Burgin-Brothers, owner of Elijah’s Farm, considers being a part of the Black Farmers’ Market essential to her goal to reach her community. She also says it has created opportunities for her to learn from other farmers who are doing similar work.

Indeed, knowing that Black farmers feed Black communities, BFM provides financial and marketing resources to Trade Union members, who work closely with the organization’s partners and staff to decide how best to grow and sustain the market and serve our communities equitably. So far, these funds have come from individual donors through online fundraisers and in-person fundraisers at the market, but BFM is in the process of applying for larger grants.

To expand equity and access, we’ve built relationships with US Department of Agriculture food insecurity support programs, such as SNAP (Supplemental Nutritional Assistance Program, also known as “food stamps”) and WIC (Women, Infants & Children), ensuring vouchers are available at the market. Additionally, BFM partners with local organizations that provide transportation to senior citizens who live in food deserts and on a fixed income. At the market, seniors can use their benefits to purchase quality fruits and vegetables. BFM also has a partnership with Inter-Faith Food Shuttle and the YMCA of the Triangle; farmers sell produce left over from the market to them, and they create boxes for people in need. The farmers’ market also features cooking and nutrition classes that focus on preparing food straight from the garden.

Fundamentally, the goal is to help Black residents in Durham and Raleigh reconnect to Black food traditions and feel empowerment and joy about their health.

The future of Black food sovereignty

BFM hopes in the near future to provide more funding to our local farmers (we’ve generated $150,000 in support so far) to help with their operations, whether for beekeeping classes or to purchase equipment to boost sales and revenue. Such classes, we hope, will inspire more young Black people to become farmers and connect them to opportunities to learn farming skills and become apprentices on Black farms. We also hope to expand operations so that BFM can host markets weekly.

People don’t always think about where their food comes from, but buying directly from farmers creates a connection to the person who grew the okra, eggplant, watermelon, green beans, tomatoes, or plums that you purchase. People come to value the care and effort of the people who grow their food, and if you value something, you are more inclined to protect it. So, advancing food justice requires building community and awareness around food. This is particularly important for Black people as food systems continue to fail us. At BFM, we want to showcase farming as a worthy profession and a manifestation of Black excellence.

Our small farmers’ market is part of a rising tide of Black food justice activism that is starting to make a difference. Other cities that have Black farmers markets include Baltimore; Oakland, California; Richmond, Virginia; and Chicago. Writing for The Counter, Grace Abels reports, “The 2017 Census of Agriculture reported just over 32,000 Black farmers representing 1.6 percent of the nation’s agricultural producers—double the share in 1997. Black-owned acreage was also up to 3.9 million acres compared to the low point of 2.3 million in 1992.”

There is still a long way to go. The struggle for Black food sovereignty—for control over the food that we grow and eat—is ongoing. It is also inspiring. As Malik Yakini, a Black food sovereignty activist, said in an NPQ webinar earlier this year, “The causes of food insecurity, and the causes of not having food sovereignty, are the same causes that we have of police brutality and police murder, the same reasons that we have poor education in Black and Brown communities, the same reasons that we see disparities in wealth. These things are not separate from the general struggle for justice and equality. And, as has been pointed out by many people, we need an intersectional approach to solving these problems, because they all have the same root causes.”

Akeem Cheek is from Durham, North Carolina, and a hardworking family and serves as the logistics coordinator for Black Farmers Market. His personal philosophy is that a team goes farther than any individual.

Brielle Wright is a member of the board of directors of the Black Farmers Market, which operates in the cities of Raleigh and Durham, North Carolina. With her sister, she owns and operates the Farmers B.A.G., which sell jams, jellies, and pickled items at local farmers markets.