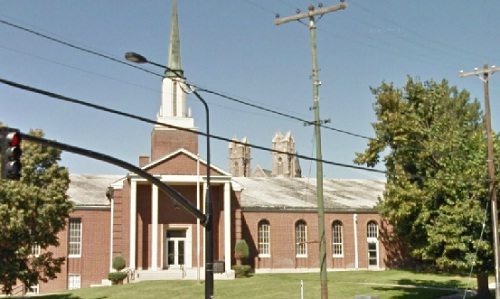 A creative partnership between two Salt Lake City nonprofits—Salt Lake Valley Habitat for Humanity and the American Cancer Society (ACS), Intermountain Region—combined with the generous donation of an abandoned church and the 2.2-acre lot it sits on will yield long-term benefits for cancer patients from the western United States as well as for low-income families in and around Salt Lake City.

A 16,000-square-foot Church of Jesus Christ of Latter-day Saints meetinghouse, built in 1951, has been abandoned for six years since the congregants moved to another chapel. The LDS Church has donated the $4.2 million property to ACS. The ACS plans to build a Hope Lodge on the site, which will provide temporary housing for cancer patients who come to Salt Lake City for treatment, along with their caregivers. ACS has 31 Hope Lodges around the country, but this will be the first to serve the Intermountain West. Its 42 suites will accommodate more than 800 patients each year, and the ACS, Intermountain Region will relocate its offices to the new building, which is expected to open in the spring of 2015.

So where does Habitat for Humanity fit into this picture? Before the church is razed, Habitat will oversee a “harvest” of salvageable materials from the building, which will then be used in Habitat projects—either in the construction of new homes for low-income families, or in the local Habitat thrift store, whose proceeds benefit Habitat projects. Carpeting, bathroom and light fixtures, doors, cabinets and wood moldings will be salvaged throughout the summer by teams of volunteers from local businesses, overseen by Habitat staff. This week, a team of 50 volunteers from O.C. Tanner, a company that specializes in employee-recognition strategies, spent a day harvesting reusable building materials; the Salt Lake City­based firm has also made a $1 million contribution to the Hope Lodge project.

In a nod to the history of the site, some of the maple flooring beneath the carpet will be used in the Hope Lodge construction. Habitat could not find a buyer for the copper steeple, so that will be melted down and sold.

It’s hard to keep track of all the “boxes” that can be checked off on this project—from cross-sector collaboration to creative reuse, from health care to low-income housing, from corporate philanthropy to economic development. Not to mention the benefits to the surrounding community of replacing a deteriorating structure with a welcoming shelter.

While in this case the original church is being razed, there’s a movement afoot to preserve church properties that are no longer being used at all or to full capacity by housing other kinds of organizations within the buildings, including nonprofit social services and performing arts groups. The non-denominational Partners for Sacred Places is at the forefront of this work. Partners has regional offices in three states—Pennsylvania, Illinois and Texas—but has worked with denominations in all 50 states as an “advocate for the sound stewardship and active community use of America’s older religious properties.”

With the increasing number of church properties experiencing shrinking or disappearing congregations—especially in urban areas—opportunities for creative collaborations like the one in Salt Lake City may abound.—Eileen Cunniffe