A Job Not Done: Rural Areas Socked by Unproductive Congress 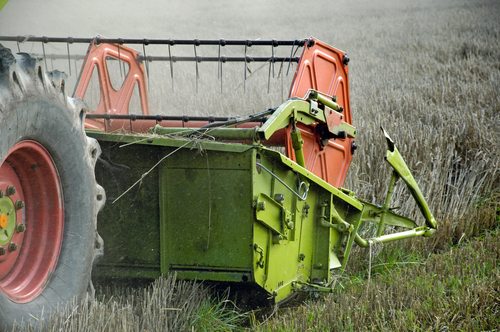 The conditions faced by nonprofits in rural areas may be documentary evidence of the depth of the recession that has supposedly ended. The Modesto Bee describes conditions in the Northern San Joaquin Valley in California, an agricultural area where locals are experiencing longer lines for free lunches served by the United Samaritans Foundation, increasing numbers of uninsured people going to emergency rooms for basic medical care, and sky-high numbers of unemployed people applying for the scarce few jobs that exist.

The Bee quotes Ken Narita, the president of the Community Sharing Christian Center, a nonprofit food pantry and clothing closet, who says that in addition to the people who are “always going to be needy… there’s a new group of folks who have lost their jobs and now they’re in need of assistance.”

The article goes on to describe some of the distinctive difficulties faced by the region: the problems of job creation, the skill and education gaps faced by rural workers, and ultimately, the limits on what government can do. But isn’t government doing less than it can and should? The 112th Congress left for a five-week August recess with one of the lowest productivity levels of any Congress in the modern era. So far, according to the Lincoln Journal Star, this Congress has passed a total of 61 bills this year, compared to 90 at this point last year.

Some observers might think that a do-nothing Congress is a good thing in that it could minimize the potential damage of too much governmental activism. However, think of what the vacationing members of Congress left on their desks waiting to be finished: a U.S. Postal Service (USPS) overhaul, since the USPS is defaulting on everything in sight; the reauthorization of the Violence Against Women Act, which is stalled because the White House says that the Republicans’ version doesn’t do enough to protect battered undocumented immigrants, Native Americans, or gays; just about all appropriations legislation; and the cybersecurity bill.

For Stanislaus County, Calif. in the middle of the San Joaquin Valley, the key legislation that Congress left on its plate is the agriculture bill. Caught in the middle of the ag bill deadlock are funding for food stamps, which Republicans and Democrats both want to cut (with Republicans seeking deeper cuts), assistance for farmers whose livelihoods have been damaged by the prolonged drought and by wildfires, and other anchors of this nation’s agricultural policy. Can anyone explain the congressional vacation to the citizens of the San Joaquin Valley or most other rural areas in the nation? Can anyone tell the nonprofits that serve these areas what they’re supposed to do during the impasse?

Fortunately, Congress will come back to Washington, D.C. in September—but only for 13 days before heading out to campaign in the run up to the November 6th elections. While the Modesto Bee highlighted the limitations of governmental solutions to the structural employment and poverty problems of the rural San Joaquin Valley, when government doesn’t act at all, the results—especially in the midst of the worst recession since the Great Depression and the worst drought since the Dust Bowl era—are significantly worse. —Rick Cohen