For Every Nonprofit: A Labor Day Agenda and Challenge 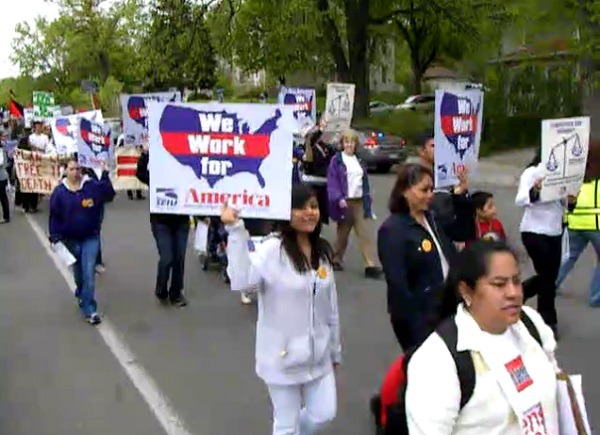 Editor’s note: This coming year promises to be one where labor questions will be front and center in national and local politics, and nonprofits of all types should consider taking strong, principled positions on such questions as the right to collective bargaining, workplace benefits and conditions, and minimum wages. (While these questions do not in any way limit the range of labor questions that face us, they do appear to be among the most active.) Connected to them, of course, are other concerns, like the growing number of “freelance” workers, out-of-control CEO salaries, widening wealth gaps and pay ratios, and much, much more.

Although nonprofits have not necessarily been particularly friendly to union organizing in nonprofit workplaces, the nonprofit sector is taking a larger role in labor issues this year. Katia Hetter’s review of the changing labor movement, published by CNN, takes note of several dynamics that have been covered extensively in Nonprofit Quarterly:

That short list is hardly all, but the agenda for nonprofits supporting the rights of people in the labor force is still formidable. Among the priorities might be these:

The ultimate expression of a nonprofit agenda for organized labor as of Labor Day 2015 might be contained in the very thoughtful comments of James Harrington, the director of the Texas Civil Rights Project:

These days, a political wind is blowing to roll back the progress workers have made. Not only are we witnessing a devaluation of workers, but a hard core cadre of pundits and politician scapegoats who are collectively bargaining rights for educators, police, firefighters and other public employees. They blame these public servants for not balancing the economy on their backs. Nor, in the private sector, do they see fit to ask companies that benefit from massive profits and tax breaks to pay their fair share.

Apart from preventing backtracking of worker rights, much remains to be done to bring about full workplace justice. […] Today, on Labor Day, we should…commit ourselves to redirect our democracy to greater justice for workers. They, after all, are the backbone of our communities.

That means raising the minimum wage to a living wage, protecting workers’ pensions, boycotting companies that pursue policies of cutting back on workers’ rights, and reining in corporate executives’ out-of-control salaries. That sounds like a critically important and practical nonprofit agenda in support of working men and women and their families.

Over the next year, NPQ will continue to explore issues of labor and economic justice, and we invite you to help us do so. Meanwhile, nonprofits of all kinds should bring up these questions in their boardrooms, preparatory to taking positions and getting involved in coalition work.