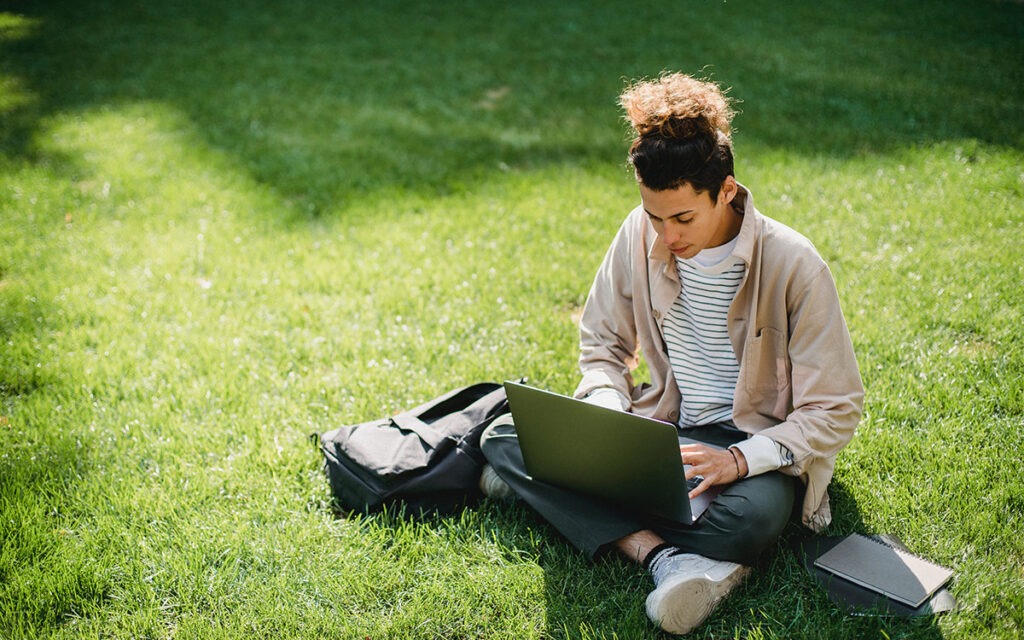 Of course, Biden’s executive order is presently stalled in court. But let’s assume that the Biden administration ultimately prevails. Even if Biden’s debt cancellation plan goes through as planned, this action alone will not fix the problems that originate from the US higher education system’s reliance on individual debt financing.

Student debt cancellation advocates like the Debt Collective know that. Canceling debt, they rightly point out, is only one step on the path to tuition-free college. Now is the time to take the next step. Advocates must build on the momentum gained through the debt justice struggle by advocating for free college to replace the existing student-funded financing model that limits college access, exacerbates racial wealth inequities, and absolves the government of responsibility for higher education.

Understanding the student debt crisis as a policy failure that harmed millions of Americans and required remediation to prevent further harm was key to the success of the campaign to cancel student debt. But while cancellation is an important acknowledgement of and fix for past mistakes, it does not increase access to higher education going forward. Americans believe that a college education is essential to achieving prosperity, but it’s not clear if they think the federal government can reduce college costs. A movement for free college can change that.

This is not the moment to retreat to policy patches. We must rethink the financial underpinnings of the higher education system more broadly and demand free public college. Americans should have a right to free higher education. It is the government’s responsibility to ensure it.

The failures of US higher education stem from the adoption of a financing model that mixed state funding with federal student aid, largely in the form of loans. Instead of providing free public higher education (as has long been standard for K-12 education), the federal government attempted to foster access to higher education through public financing options for individuals. As a result, we have become mired in an inequitable marketized higher education system, where income and wealth determine access to college education, and household debt is expected to compensate for decades of economic exclusion.

We have become mired in an inequitable marketized higher education system, where income and wealth determine access to college education, and household debt is expected to compensate for decades of economic exclusion.

These trends have been exacerbated by decades of sharp cuts to public higher education funding, especially by state governments. As states reallocated revenue-starved budgets toward other uses, higher education institutions looked to tuition—supported by generous federal student loans—to make up the difference. Tuition at four-year public colleges increased by 82 percent between 2000 and 2020 and by 159 percent between 1990 and 2020, even after adjusting for inflation. Higher tuition led to $1.7 trillion in student debt held by more than 43 million Americans.

The growth in tuition as colleges’ primary funding source hurts students and the institutions that serve them in inequitable ways. With costs shifted onto individual students, borrowing rates rose astronomically, with Black and Brown students taking on the most debt. Due to systemic racism, Black college graduates tend to command a lower wage than their white counterparts when they enter the workforce, making their debt more of a long term drag. Research shows that 12 years after entering college, the average Black borrower still owes more than they borrowed. The median white student, on the other hand, has paid off about 40 percent of their loan. At the same time, schools that served a disproportionate number of low-income students, first-generation students, and students of color were more likely to experience severe funding cuts as the result of slashed state budgets, often resulting in larger class sizes and fewer tenure-track faculty.

The Failures of Financial Aid

But what about financial aid or other affordability measures? The truth is that current college affordability measures merely tinker around the edges—by capping tuition costs, for example, or expanding Pell Grants. These measures fall far short of what is needed to solve the larger structural problems that stem from the nation’s marketized higher-education system. What’s more, simply urging higher education institutions to cut tuition without addressing underinvestment could cause institutions to further cut back on funding for faculty and staff.

Deploying public power is the only path to addressing the flaws of the broken US higher education system. The federal government has historically invested in higher education by providing funding support to students, but outside the realm of research grants, it has yet to significantly fund universities themselves. Nonetheless, it has the capacity to implement a new financing model for public universities that offers sustained, direct federal funding of colleges and universities in return for free universal access and improved educational quality. This idea is not novel. Since President Barack Obama’s 2015 State of the Union, some federally backed form of free higher education has been a feature of countless policy proposals, appearing in most of the 2020 Democratic primary candidates’ platforms.

A federal plan for free college must start with the understanding that the federal government is investing in higher education not because Americans are consumers in the market for higher education, but because they should have a right to access such education. The College for All Act of 2021 does just this. Introduced by Representative Pramila Jayapal (D-WA) and Senator Bernie Sanders (I-VT), the bill would make a direct federal investment in that right by covering 75 percent of the cost of eliminating tuition at public institutions, with states picking up the rest. There are many other models that could be deployed.

A significant increase in federal funding should create opportunities for other reforms. Institutions receiving direct federal funding should have to meet labor, educational, and equity standards and offer more transparency around their operations. Stable employers and engines of economic development, universities have historically anchored communities. Federal investment in the free college model should be designed to help restore this role for higher ed.

After a proposal to guarantee free, two-year community college was cut from the Build Back Better bill a year ago, free college has largely fallen out of public discourse, but we should recognize debt cancellation for what it is: an acknowledgment that the higher education system is broken.

It is obvious that student debt will start ticking up once again—unless free college is implemented. Of course, this effort will encounter resistance, but the accomplishments of the student debt cancellation campaign have provided both lessons and organizational infrastructure that advocates can build on to guide a new movement for universal free public higher education.

Free college could serve as a kitchen-table issue that revives trust and public confidence in our nation’s institutions.

The student debt cancellation story has raised consciousness about our higher education system’s failures. President Biden and others have repeatedly said that a college education should be a ticket to a middle-class life but that college debt is a lifelong burden that prevents many people from accessing college altogether. Further, advocates have highlighted that student debt is a racial justice issue. Most people understand that higher education can enable economic mobility but that student debt can block that potential. This understanding, in the context of the pandemic and the racial reckoning of 2020, built momentum for student debt cancellation.

But such cancellation has not permanently solved any of the issues that created unsustainable levels of student debt in the first place. Higher education remains expensive, and the cost still falls particularly hard on Black and Brown students. Meanwhile, Americans are, if anything, only more price sensitive in our current inflationary moment. With 77 percent of Americans today finding it difficult to afford a college education, free college could serve as a kitchen-table issue that revives trust and public confidence in our nation’s institutions.

It’s the job of advocates and policymakers to explain that student debt cancellation was an important first step toward creating a progressive higher education system, one that builds on the tradition of free public education established by Horace Mann and extends this tradition to include higher education in order to meet the educational needs of today’s society.