A Native American Journalist Defends Her Own Voice 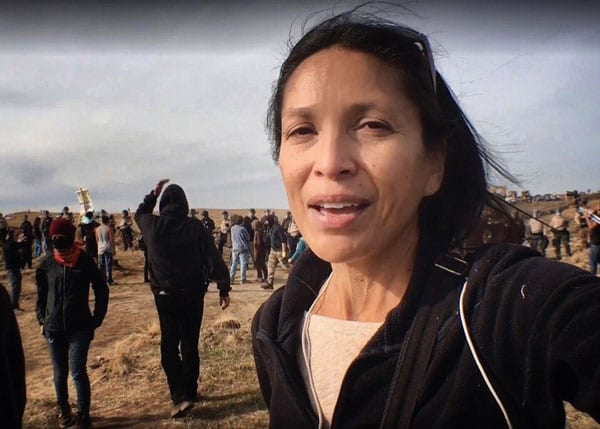 Two years ago on Thanksgiving Day, independent and award-winning Indigenous journalist Jenni Monet reported on an Indigenous-led movement to halt the Dakota Access Pipeline. The demonstration took place along the banks of the Canté Peta Creek on the borderlands of the Standing Rock Sioux reservation. Her story, for which she spent months camped out with protestors on historic treaty land, received national attention. Monet was even arrested for trespassing when covering the incident. She was later found not guilty.

So, why was the edited version of her Standing Rock story almost published with the title “Thanksgiving at Standing Rock, Activists Dig In”? The Thanksgiving reference was irrelevant—not to mention that it’s doubtful many Native Americans would thrill to see the Standing Rock protests portrayed in this way. Fortunately, when Monet objected, the High Country News editor changed the title. The article was published as “At Standing Rock, activists dig in on historic treaty land,” but you can see the original title reflected in the URL.

Monet and other Indigenous journalists and leaders insist that the problem lies in a biased, entrenched and colonized media. She cites the example of a recent Economist article about the rise of Native American politicians in the US. It was riddled with stereotypes and out-of-touch language that painted a tribal community as “a picture of wretchedness.”

In her attempt to have more exposure for Indigenous issues, Monet has been writing for the mainstream media. She says, “In a pursuit to expand the Indigenous narrative to wider audiences, I have seen what I consider to be relevant and worthy Indigenous perspective routinely gutted from the articles I write. Rarely do these omissions see the light of day by readers.”

Monet admits that her journalism is a balancing act between addressing her client’s needs and requests and caretaking for the Indigenous peoples’ narrative. Unfortunately, it comes at a price. She states, “I am often met with subtle condescension by decision-makers who seem to see the Indigenous perspectives as advocacy-laced or, perhaps in their view, unreasonable.”

The author recognizes the benefits of having a larger forum in brand-name outlets for talking about issues facing Native Americans. The Guardian allowed for significantly more space for her October 2018 story about a downtown Minneapolis tent city composed primarily of Native Americans. Still, she understands that to get published in brand name media outlets you have to be willing to negotiate.

The trade-off may come at a high price. She recalls being embarrassed by the attachment of her byline to the improper spelling of the acronym for the American Indian Movement, or AIM. The published article lower cased it to “Aim.” Monet protested, but the publication’s style guide prevailed and “Aim” it would stay.

Monet has become discouraged by the lack of understanding of indigenous preferences in language and ideology she has observed when working with her traditional media clients. Negotiating the editing of that story was so painful for Monet that since October, she has been self-publishing Indigenous accounts of the news.

Recently, she has posted three author’s editions on Medium. She says, “So far they have helped me cope with a culture of colonized newsrooms—workplaces that have dictated entire chapters of my career, passed me over for promotions I felt I deserved, and doubted and dismissed my Indigenous knowledge more times than I can count.”

Monet is not alone in her struggles. Late last year, National Observer contributor Emilee Gilpin interviewed five prominent First Nations and American Indian journalists, who discussed their own challenges and their own approaches to breaking through and being heard.

One person that Gilpin interviewed was Tristan Ahtone, a member of the Kiowa Tribe of Oklahoma. Ahtone says, “Storytelling is an Indigenous tradition, practiced by nations across what is now known as North America since time immemorial. The sharing and witnessing of stories in any significant place of gathering acts as a form of community governance, preservation, identification and more.”

Ahtone and other indigenous journalists contend that “by bringing journalism back to the storytelling roots that established bonds of trust between journalists and their audiences—a level of trust that has been fading in an era of ‘fake news’ and polarization as many readers are increasingly cynical or skeptical about what they’re reading in the older media outlets.”

Connie Walker, an award-winning investigative reporter at CBC Toronto, who is Cree and hails from the Okanese First Nation in Saskatchewan, explains why having First Nations and Native American voices in the media is so important:

Having an Indigenous perspective means we can help people understand social issues that Indigenous communities face, including the water crisis on reserves, the impact of missing and murdered Indigenous women and girls, and the need to address the mental health and suicide crisis that plague First Nations youth. Our contextual storytelling can educate others who don’t have experience or education regarding Indigenous people.

More about: JournalismNative journalism and storytelling 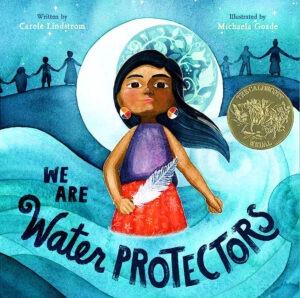