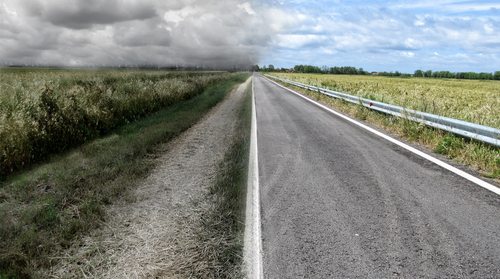 The May 1954 Brown vs. Board of Education Supreme Court ruling declared that “separate education facilities are inherently unequal,” making it unlawful to have racial segregation. In May 2014, marking the sixtieth anniversary of that landmark decision, Alan Richards, reporting for the Hechinger Report, said, “In many states and communities, including many in the South, where I’m from, black and white children—and now Latino children and others—attend school side by side. Challenges persist, but in terms of just attending school together, even the most backward person barely gives it a second thought.”

“We’re in bad shape: Resegregation has set in, in some places…Our suburbs are becoming poorer, especially the inner suburbs, and immigrants dominate schools in these communities. And school boards readily allow such intra-district segregation… and even in our reawakened urban centers, schools remain separate by race, by neighborhood, and by class.”

This week in the Hechinger Report, which covers inequality and innovation in education, Reporter Kyle Spencer asks in her headline, “Should wealthy towns be able to secede from higher-poverty, higher-minority school districts?” That question is on the table now in California’s Malibu/Santa Monica school district and has been debated by school boards across the country, including in Memphis, Salt Lake City, Baton Rouge, and Dallas, where schools, Spencer says, have “sought to break away from their more economically and racially diverse school districts.”

“Around the country,” she continues, “it is state legislatures who govern laws about district fissures, and in some communities, where parents have sought a school district split, appeasing the other side has not been necessary. The cities and towns wanting to split have been big enough and mobilized enough to win the necessary votes, or have managed to bring state legislatures to their side, in some cases passing legislation that would fast-track the divorces.”

But in Southern California, the strategy being pursued in the proposed split that Malibu wants is the extent of the effort being made, spearheaded by Craig Foster, a retired Wall Street executive, local parent, and president of a group called Advocates for Malibu Public Schools, to persuade those in Santa Monica that going solo is what they really want.

Concerns on the Malibu side include that the administration is too bureaucratic, and “that their association with schools that serve at-risk students are hurting their property values.” They want more control “at a time when many districts are increasingly focused on how their neediest students do on state tests,” says Spencer.

“Advocates who assist communities seeking to break away from larger more diverse districts contend that these grassroots separatist campaigns can be very democratic because they often result in more parental say in life at the neighborhood school,” Spencer explains. “But critics like Gary Orfield, co-director of the Civil Rights Project at the University of California, Los Angeles, consider them deeply troubling, mostly because so many communities around the country are already divided along racial and economic lines. Today, American schools are more segregated than they were in 1968, according to a recently released report by Orfield’s organization.”

The fear, as Spencer’s article points out, is that, “If this approach works, it could offer an enticing template for other wealthy districts around the country that have sought independence from their less well-off partners but have been stymied by allegations that they are looking out for their own children at the expense of other people’s kids.”—Susan Raab