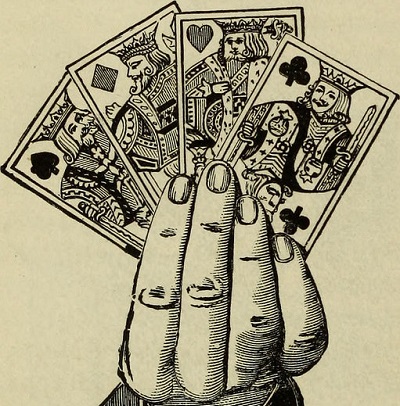 Civic San Diego, a nonprofit organization that is essentially a quasi-governmental body, is currently in the midst of a controversy about whether or not it should be allowed to make decisions about investments of public funds in development projects. This very complex story is playing out locally in the meetings of community organizers and local nonprofits, in the halls of city government, at the state level, and even in the boardroom of the nonprofit itself.

A little background might help. In the midst of a major economic crisis in California, then-governor Jerry Brown dissolved all redevelopment programs in 2011. In response, San Diego created a nonprofit group, Civic San Diego, which would be charged with overseeing redevelopment efforts in neighborhoods throughout that southern California community. Civic San Diego used to be known as the Centre City Development Corporation, and says that it is maintaining many of the projects of the former redevelopment agency.

The agency applied for and received federal new market tax credits to help the agency remain as a development arm of the city. Then, a little more than a year ago, Civic San Diego announced that it would use the credits as a $100 million fund to spur development in two neighborhoods, Encanto and City Heights. However, people started to get nervous when the organization claimed it needed expanded permitting and planning authority.

A coalition of 25 community activists calling themselves the Community Budget Alliance wrote a letter to the mayor and the city councilmembers calling for them to hold Civic San Diego to a yet-to-be-drafted community benefits policy. This policy, they argue, should require a specific number of affordable housing units in every development project, and that jobs should be offered to residents of San Diego at living wage levels. On the other hand, some groups like the Encanto Community Planning Group are saying they want to be able to determine what should go in their neighborhood, and that some San Diego–wide policy might not reflect what they need or want.

Meanwhile, state assembly member Lorena Gonzalez has drafted and is submitting legislation at the state level that would require the City of San Diego to approve any project of Civic San Diego. She argues that handing this work to a private nonprofit might be illegal and is certainly bad policy, and would like to see that minimum amount of accountability. On the other hand, a representative of the nonprofit Downtown San Diego Partnership thinks that her legislation would scare off development.

Finally, the Board of Civic San Diego continues to have the support of the mayor and members of the city council. On the other hand, there is one board director of the nonprofit who has initiated a lawsuit that seeks to create specific guidelines for what the organization can and cannot do.

It all seems to boil down to the transparency of Civic San Diego’s actions—what can it do on its own with public funds? What level of accountability and transparency should be required?

Civic San Diego is an independent 501(c)(3) organization with its own board of directors. Its website claims that it is a “city-owned” nonprofit organization, which seems odd as there is no ability to own a nonprofit. What the statement actually refers to is that the organization is a membership organization with one member, and that member is the City of San Diego, as represented by the elected officials on the city council. The one member has the right to either appoint (the mayor can appoint one director) or elect the board to three-year terms.

The organization’s bylaws are posted on its website, which is a level of transparency few if any other nonprofits aspire to. These bylaws are quite specific that there must be a high level of ongoing transparency, with the organization having to file monthly financial reports with the city’s treasurer’s office. The makeup of the board is also very specific in terms of the balance of sector representation and the need to have a broad base of experience and knowledge of urban development. Not knowing the community well, from the outside, the board looks like the kind of group to be dreamed of, including people with high levels of experience in the work of development and neighborhood work.

In one article, it is claimed that no other city in the country has a nonprofit agency with this kind of scope and power. Although it is not an exact match, in Wisconsin, a nonprofit created by Gov. Scott Walker called WEDC has taken up business development work that used to be managed by a state agency. The board of that agency includes the governor himself, a few elected officials, and some businesspeople. It has had a troubled history so far, with a number of high-level executives staying in their jobs for only a very short time, and there’s a proposal in Walker’s 2015–17 budget to merge the organization with the Wisconsin Housing and Economic Development Authority, creating an amalgam entity, the Forward Wisconsin Development Authority, whose “new board would have only private-sector appointees.”

Still, it appears this might be a trend, that governments are creating semi-private nonprofits to do government business, so the questions of accountability being asked in San Diego are very relevant and should be watched closely.—Rob Meiksins