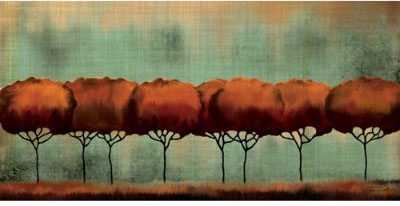 A wave of deep budget cuts to mental health services is sweeping through resource- scarce states. The mental health field has never been awash in money, but now, as demand soars, billions of dollars in cuts are threatening to shutter facilities, prolong waiting times to get services, and purge countless people from support systems across the country.

In Texas, more than 4.3 million residents, including 1.2 million children, live with some form of mental health disorder. And, according to the Texas Medical Association, Texas ranks 49th in the nation for the amount it spends per person on mental health care. Texas also has an estimated $27 billion deficit so the potential for harm in this legislative session is very high.

In the midst of all this, the Hogg Foundation for Mental Health has established itself as a strong policy player in the mental health field in Texas.

Founded in 1940 by the children of Texas Governor James S. Hogg, and housed within the Division of Diversity and Community Engagement at The University of Texas at Austin, the foundation has a masterfully developed strategy for impacting the mental health system in Texas. Not only does the Hogg Foundation tackle research, but also funds policy advocacy and, itself, engages in legislative education. Within that framework is a deep undercurrent that places a high value on consumer involvement in policy development and service delivery.

Almost from the beginning Hogg has been involved with helping shape policy. In the mid 1950s, the foundation was instrumental in working with policy makers, mental health experts and advocates to draft the first mental health code in the state.  But at other times the foundation stepped back from policy and focused energy on funding local services.

In the past decade the foundation has once again stepped up to the policy plate. “We realized we had a strong focus on small service grants but we looked at the need in the state for improved services and realized that with our funds – we’re a medium-sized foundation – we had nowhere near enough money to bring services up to the level we wanted,” says Dr. Lynda Frost, Hogg Foundation’s director of planning and programs. “And so we began a process of getting more heavily involved in policy work.”

Hogg evolved to focus more on policy and moved away from an open grants process, replacing it with grants that were more strategic and often linked to policy objectives. They also began to do more research and direct funding of policy work.

Among other policy initiatives, the foundation is focusing on educating lawmakers about the risks of defunding mental health programs around the state – the most critical issue facing mental health providers right now, says Colleen Horton, program officer at Hogg. Horton often is invited by legislative committees to testify on policy issues related to mental health. “If you don’t spend it [money] on mental health services, you’ll spend it on criminal justice or homelessness or higher costs for hospitals and ER rooms,” Horton said. “The foundation is well-situated to offer recommendations on ways to spend the money more effectively and efficiently.”

Another issue Hogg has brought to lawmakers’ attention is outpatient competency restoration. Under the U.S. Constitution, a person with mental illness who is charged with a crime and deemed to be incompetent cannot be tried without successfully going through the process of restoration.  Typically, this is done in a state mental health hospital costing the state about $400 a day. Hogg is educating lawmakers about the outpatient restoration process, an alternative that would save the state much-needed funds by treating people in the community instead of a state hospital.

“We’ve been talking to a lot of folks on the house appropriations and senate finance committees about the value of expanding several successful state pilot programs that offer outpatient competency restoration because, in addition to the cost savings, the human outcomes are more positive than putting somebody in a state psychiatric hospital,” says Horton.  Typically, Horton says, the current system leads to offenders with mental illness cycling back and forth between jail and the hospital.

Aside from these critical pressing issues that Hogg is addressing in real time, the foundation has deeply invested in recent years in a collaborative care model of service delivery – a model that integrates quality mental health care services into physical health care settings.

About five years ago Hogg decided to fund a multi-million dollar grant program that enabled seven sites to use a collaborative care model, with the goal of identifying and overcoming barriers to integrating mental health care with traditional physical health care in Texas. Under this model, people receive a mental health screening during routine visits to primary health physicians. The physician oversees any needed mental health treatment, with the help of a care manager who follows up frequently with the person being treated, tracks information about the person’s condition in a registry, and c