A Post-Racial America? Not at Ole Miss 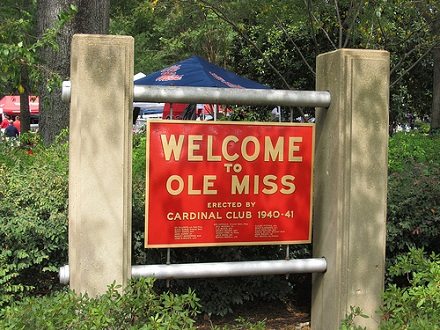 In case you need a reminder about how far this nation has to go in terms of race relations, consider the reaction of about 400 students at the University of Mississippi who gathered to protest the news of President Barack Obama’s reelection. The students were clearly upset, but it apparently wasn’t due to the details of his plan for job creation and tax reform or his strategy for dealing with problems in Egypt and Syria. It seemed to have something to do with President Obama’s race.

According to the New York Times, “Some students yelled racial slurs and profanity in anger over Mr. Obama’s re-election,” and others lit Obama campaign signs on fire. University Chancellor Daniel Jones said that the incident started with 30 to 40 people protesting on campus, but rumors on social media said that there was a riot and that generated the larger crowd.

Campus police warned the protesters to disperse or go to jail. The protest reportedly began at the intersection of Rebel Drive and the student union but the demonstrators moved and relocated to other parts of the campus. In the end, two people were arrested. Judging by one student’s arrest for public intoxication, it’s probably safe to assume that some of the students in this mix were very drunk while “acting like idiots,” as the Atlantic puts it. But keep in mind that this is the University of Mississippi. Fifty years ago, then-Gov. Ross Barnett, an avowed segregationist and a member of the white supremacist Citizens’ Council, tried to block the integration of Ole Miss.

Former President John F. Kennedy had to call out National Guard troops and federal marshals to escort James Meredith, a 29-year-old veteran, to be admitted to the school. At that time, Barnett gave a speech at the school’s stadium to an overflowing, frenzied crowd waving Confederate flags. Recently, it has tried to get past the “Ghosts of Mississippi” by replacing its “Colonel Reb” mascot with a black bear, dropping “Dixie” as the school’s fight song, and electing an African American homecoming queen. In response to the riot, the university’s William Winter Institute for Racial Reconciliation organized a “We Are One Mississippi Candlelight Walk.”

The default response to the reelection of President Obama turning to racial epithets shows that, for some people in this nation, racial animus is always brewing just below the surface. We have a long way to go before becoming a post-racial society.—Rick Cohen