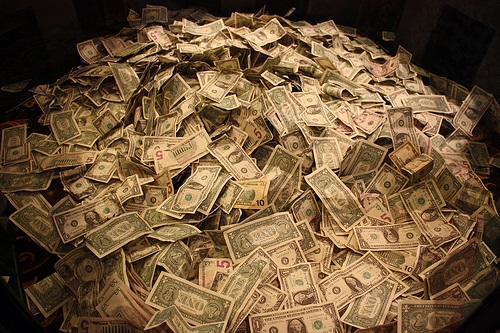 Michael Johnson, quoted in Rick Cohen’s newswire of last week talking about some of the same issues, is the former Director of Public Policy at Blue Shield of California. As readers may remember, Blue Shield recently had its state tax exemption revoked because it was acting more like a for-profit than a nonprofit.

Now, Johnson has written in a blog at healthinsurance.org about his own resignation from that organization two weeks ago. As Cohen reported earlier, he has “launched a campaign to pressure Blue Shield to put its nonprofit assets to work for the good of the community.”

He wants an answer to the question: “What happens with the approximately $10 billion in community assets that Blue Shield holds. Should they remain with Blue Shield or be given back to the community?”

Johnson points out that Blue Shield “has been subsidized by the public through a tax exemption for over 70 years. As such, Blue Shield belongs to the public and is legally obligated to serve their interests—exclusively.” But, he says:

“By acting like a for-profit insurer, Blue Shield is shortchanging the public of the social welfare benefits taxpayers have paid it to provide, which is likely why the state revoked its tax exemption. However, requiring Blue Shield to pay taxes, including even back taxes, would not make the public whole. The only way for that to happen…would be for it to relinquish to the public all of the profits and other wealth it has accumulated while claiming a tax break to do good for the community.”

He proposes that Blue Shield “sell itself to private investors, with the proceeds going to bolster healthcare safety net programs,” believing that $10 billion is a reasonable estimate of what might be generated by such a move. Johnson points out that there is precedent in the conversion of Blue Cross of California in the mid-1990s. This produced $3 billion, which built the endowments for the California Endowment and California Healthcare Foundation, now big players in the philanthropic and healthcare scenes.

“It makes sense for Blue Shield to continue operating as a nonprofit only if it is providing greater benefit to society than for-profits like Anthem Blue Cross—and only if that greater benefit is worth the $10 billion in community assets being used to operate Blue Shield as a nonprofit. Otherwise, the public would be better served if that money were diverted to public healthcare programs and Blue Shield instead used financing from investors to run its insurance business.”

Johnson concedes that Blue Shield provides about $35 million a year in charitable contributions. But, he says, that is “just a fraction of one percent on the community’s $10 billion investment in Blue Shield. You don’t have be an investment expert to see that is a spectacularly lousy deal.”—Ruth McCambridge