A Revival of Violence and Atrocities in Darfur: Will the U.S. Take Action? 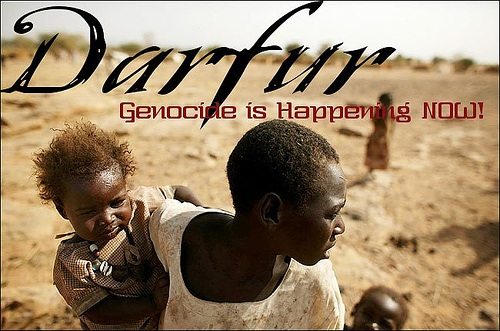 It must be hard to be President Obama and have your words thrown back at you over and over again. Even though the president was a member of the U.S. Senate for only half a term, his statements there and on the campaign trail in favor of taking action on certain issues are often contrasted with his inaction from the White House. Case is point is the ongoing tragedy in Darfur, the beleaguered part of the Sudan in which government-aided militias have uprooted and killed vast numbers of people.

Presidential candidate Barack Obama called for “robust” intervention in Darfur, where President Bush had declared the killings genocide. “As a president of the United States, I don’t intend to abandon people or turn a blind eye to slaughter,” Obama said in 2007. Though having called for intervention in Darfur to prevent the “stain on our souls” that he said characterized U.S. inaction in Rwanda, Obama’s special envoy to deal with the Sudan, retired Air Force Major General J. Scott Gration, stepped back from confronting the rogue state, with the famous alternative formulation, “We’ve got to think about giving out cookies. Kids, countries—they react to gold stars, smiley faces, handshakes, agreements, talk, engagement.”

Detailing a shocking litany of shortsighted and sometimes feckless U.S. actions under Obama, including Gration’s idea that the nearly two million displaced Darfurians move back to the villages they were displaced from that were still occupied by the murderous Janjaweed militias who uprooted the residents in the first place, Eric Reeves called the Obama policies “the futility of mere hopefulness.” He lambasted Obama’s campaign rhetoric as “electoral bluster—an unprincipled and expedient trading on the potency of one of the most impressive American grassroots constituencies ever to grow up around a foreign policy issue.”

Now, it is New York Times columnist Nick Kristof who reminds the Obama administration of the reality of the mass atrocities of Darfur at the hands of what he called “Sudan’s state-sponsored genocidal machinery.” Darfurians are flooding into a refugee camp in neighboring Chad because of a new revival of violence in the region. “Survivors tell the same stories,” Kristof writes, “Armed men, often in army uniforms, burned their villages, killed men, raped women and took everything they had, while calling them slaves or saying that their tribe would be wiped out in Darfur.”

Like many ongoing crises, the coverage of Darfur is sparse, as readers grow tired of a conflict that never ends. The news earlier this month that seven Tanzanian UN peacekeepers were killed and 17 wounded in an ambush in Darfur got some coverage for a day or two and then disappeared, without analysis of why the violence in the region was increasing. Not long after the ambush, Nigeria pulled its peacekeepers out of Darfur, ostensibly to deal with the Boko Haram violence in that country, but that followed an ambush of three Nigerian peacekeepers earlier in the month.

It is a dangerous place for aid workers as well as peacekeepers. Recently, two Sudanese nationals who worked for World Vision International were killed and a third critically injured in Darfur when a grenade hit their offices during street fighting. During the fighting outside their compound, World Vision employees risked their lives to take injured combatants to local hospitals. The offices of several NGOs in the town of Nyala were looted and destroyed in the aftermath of the fighting, with World Vision losing its database of displaced people in the process, but after an initial suspension of humanitarian aid activities, aid has begun to flow again, despite the ongoing danger.

“Our silence empowers Sudan’s leaders to pick up where they left off in Darfur,” Kristof charges. “The world has moved on, but the killing continues.” In Darfur, it is the killing of Darfurians and the aid workers who are trying to help them avoid starvation and disease.

Kristof also reminded President Obama of his past statements: “In the mid-2000s, an ambitious senator from Illinois complained eloquently that the White House was too silent in the face of evil in Darfur….Is it too much to ask that President Obama recall his own words—and speak out again?” But we can also think about the observations of Reeves in Dissent and imagine that words of hopefulness will, now as back then, will not be enough.—Rick Cohen