Located six miles south of the Canadian border, Warroad is a small Minnesota town with a population estimated at 1,796. On May 7th, the Warroad Pioneer printed its last weekly edition after 121 years of publication. As Richard Fausset in the New York Times observes, the Pioneer joined roughly 2,000 newspapers that have closed nationwide over the last 15 years. In its home state of Minnesota alone, an estimated 65 papers have closed since 2004.

A study published by the Center for Innovation and Sustainability in Local Media at the University of North Carolina, Chapel Hill (UNC), documents the industry trends. The report, titled The Expanding News Desert, notes, “There is simply not enough digital or print revenue to pay for the public service journalism that local newspapers have historically provided.”

As Fausset details, The Pioneer included features on residents, photos of fishermen with large catches, news of awards won by children, and stories about city officials, the school board, and local sports. Without a local paper, Fausset points out, there is no longer a “hometown paper to print the obituaries [or] chronicle the exploits of the beloved high school hockey teams.” Nor will there be a “historical record for the little town museum, which had carefully kept the newspaper in boxes going back to 1897.” And if a local government scandal or a school funding crisis were to occur…well, there is no place other than social media to tell those stories either.

The financial model supporting local newspapers, of course, was advertising-supported. Mike Kvarnlov, a former auto dealership owner who recently sold the business to his son, tells Fausset, “Fifteen years ago, we were 50 percent paper and 50 percent radio.” Now ad dollars are largely spent online. As NPQ covered last year, nationally newspaper ad revenue plunged from $67 billion in 2000 (in 2014 dollars) to $20 billion in 2014.

As NPQ has noted, often nonprofit journalism has emerged to fill in for the lost commercial papers, typically as digital publications. Abernathy too notes this trend, observing that a mix of “several hundred” nonprofit and for-profit digital news outlets now span the country, many of which were founded by journalists. But she adds, there are big gaps:

Ninety percent are clustered around metro areas, in cities or adjacent suburbs, which offer more funding possibilities for start-ups. Most are located in affluent communities, where residents have multiple media options and tend to vote Democratic. This is in contrast to the rural, fly-over counties that have lost newspapers, which tend to be poorer, have very few media options, and vote Republican.

Contrasting VT Digger to Flint Beat, Abernathy notes that VT Digger, with significant philanthropic backing, now has 19 staff, a $1.2 million budget, and a readership of 245,000 a month—not bad in a state of only 627,000 people. It’s on track, Abernathy says, to have a budget of $3 million in three years and attracts a college-educated (86 percent) readership. By contrast, Flint Beat has 41,000 readers and struggles to generate the philanthropic support it needs to stay afloat.

Nonetheless, Abernathy calls on philanthropy to step up its role. “There is a compelling need,” she writes, “for philanthropic foundations, community activists, local government, concerned citizens, and potential founders of nonprofit news organizations to work together from the beginning to identify communities most lacking coverage and the funding needed to sustain a start-up news organization in those communities.”

Meanwhile, back in Warroad, the idea of a local weekly is not dead yet. On July 3rd, a new publication, the Warroad Advocate, was launched. As Fausset explains, the paper is starting with a “13-week trial, contingent on community and advertiser support.” So, publication is only guaranteed until October. That said, the first edition was mailed to 3,000 residents of Warroad, Salol, and Roosevelt in early July, with the goal of maintaining weekly production year-round. Four co-owners, the Grand Fork Herald reports, “are funding production of the newspaper and are aiming to build up enough advertising revenue to finance it.”—Steve Dubb 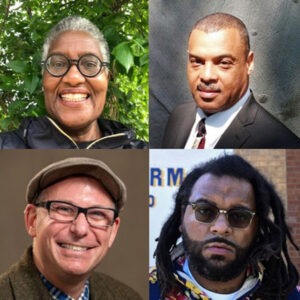