A Tale of Many Tongues: The Evolution of Bilingual Education and Its Social Impact 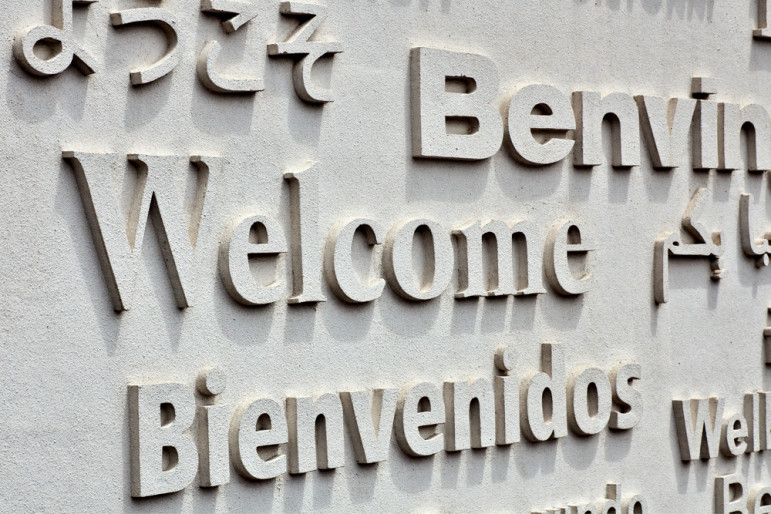 Wer fremde Sprachen nicht kennt, weiß nichts von seiner eigenen. This famous quote of Goethe’s, which translates as, “Those who know nothing of foreign languages know nothing of their own,” is a long-held mantra of linguists and language teachers. Historically, the U.S. has not believed in this philosophy and has lagged in bilingual instruction, even though the number of non-English languages spoken in the country is estimated to be about 350 and approximately 21 percent of the population speaks a language other than English at home.

A country’s relationship with language is bound up with its identity. Historically, presidents, states and political factions have adamantly pushed for English as the only language in America as part of a strong ideology. For example, Theodore Roosevelt spoke throughout his life about the need for English to be the lingua franca of the U.S. In a letter dated right before his death, he wrote, “We have room for but one language here and that is the English language, for we intend to see that the crucible turns our people out as Americans, and American nationality, and not as dwellers in a polyglot boarding house; and we have room for but one, soul [sic] loyalty, and that is loyalty to the American people.”

Marty Abbott, the executive director of the American Council on the Teaching of Foreign Languages, said that the U.S. “is behind other developed countries in producing a multilingual workforce, due to ‘the Anglophone factor and Americans believing that English is good enough to get along.’” While this may be true, historically the strong push for English has also coincided with anti-immigration sentiments (if not outright racism). The English-only movement in the U.S., which has appeared in different forms since the Louisiana Purchase, found new legs in the 1980s, when various states sought to enact legislation that limited bilingualism or cemented English as the official language of use. Going by the website of U.S. English Foundation Inc., a nonprofit that “represents the interests of Official English advocates” and that seeks to enable “opportunity through English,” even today proponents of Official English are pretty clear that they consider the idea of other official languages as a “threat.”

It is true that many developed countries have done better in the multi-language department despite similar nationalist factions in their midst. For example, the majority of the European population can “hold a conversation in a language other than their mother tongue.” Canada is known for its bilingual status, but these successes have evolved in a context of separate solitudes and the perhaps little-known fact that official French is a polarizing issue for many segments of the population. Canada has stuck to its bilingual guns nonetheless, and immersion programs have been part of that program.

Immersion as we know it today actually started in 1965 in Quebec with the goal to “immerse students in a school environment in which French would be used for extended periods of time for meaningful and cognitively-engaging communication and, thereby, draw on their natural language learning abilities.” Since then, the “Canadian model” has spread around the globe. Researchers have also studied it a great deal to disprove detractors of immersion (and, by extension, bilingualism), who claim that immersion students come out of school with weaker skills in both languages. Fred Genessee, a professor of psychology at McGill University who specializes in second language acquisition, has explained the benefits of bilingual education: immersion students tend to do very well in all school subjects, they achieve good competency in the immersion language, and they achieve the same competency in English as their non-immersion peers.

Some U.S. states such as Utah and Montana have invested in immersion (now called “dual immersion”) with the hope that it will be a boon to economic prosperity. Gregg Roberts, a world language specialist at the Utah State Office of Education, told the Salt Lake City Tribune, “The reason why we’re (implementing dual immersion classes) during hard economic times is this is all about Utah’s future. We’re going to have a generation of kids to come that will really put Utah on the map and bring businesses here because it really is about Utah’s future economic survival.”

It’s not clear whether bilingualism in and of itself can accomplish this goal. Bilingualism poses great challenges to even to a country like Canada, which is nowhere near as bilingual as some would think. While Canada may have a rather cosmopolitan reputation on paper, bilingualism rates dropped between 2001 and 2011 and only small percentages of Anglophones outside of Quebec are actually bilingual. According to Statistics Canada, “the rate of bilingualism in 2011 was 44 percent for Francophones, compared with eight percent for Anglophones.” In 2011, only about 11 percent of 15- to 19-year-olds could conduct a conversation in both of Canada’s official languages, and “many Anglophones outside Quebec do not retain their bilingualism as they grow older.” A second language is therefore not like riding a bike: constant use is required, and a lack of contact with the target culture is not conducive to practice.

The U.S. language context is different from Canada’s, but both countries share a multiculturalism that favors the English-speaking culture. In the Atlantic article, Claudia G. Cervantes-Soon, an assistant professor in the Department of Curriculum and Instruction at the University of Texas at Austin, commented on the power dynamics at play in bilingualism and the one-way impetus that has historically shaped it in North America. “When language is used simply as a marketable resource that the dominant group can acquire to increase global competitiveness, all while language minority students are pushed into English assimilation, an entire history of civil rights struggles is undermined and we may lose sight of the opportunity for a truly emancipatory education.”

Second languages can help students learn a great deal about the world, their own culture, and even themselves, and they open the door to travel, employment and intellectual stimulation. But immersion programs don’t guarantee native-level proficiency, especially when students from the dominant population lose contact with the second-language culture. Unfortunately, a second language won’t stay with you unless you make an effort. The “competitive edge” theory sounds extremely appealing, as it should, but unless the U.S. is willing to become more officially and socially multicultural than it is, and unless it addresses the power disparity between the English-speaking majority and non-English speaking minorities, in the long run, immersion students risk losing everything they gain.—Amy Butcher