A Tale of Two Museums: MoMA and The Met 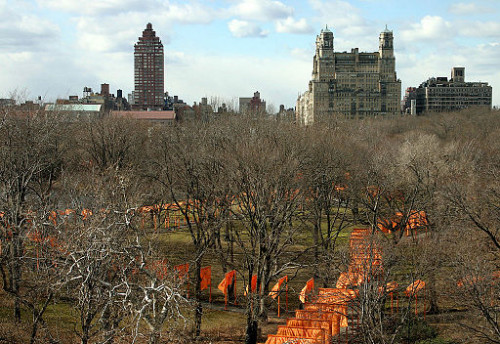 A little under a week ago, NPQ covered the alarming news of the Metropolitan Museum of Art’s $10 million operating budget deficit. When news of billionaire and Brooklyn native David Geffen’s gift of $100 million to the Museum of Modern Art broke that very same day, it could not seem more coincidental. Geffen, who describes himself as a “regular visitor,” has a long relationship with the museum. His first visit to the MoMA was in 1963 when he was 20 years old. Lunch break trips with friends grew into a lifelong passion for art, one that has culminated in a lasting legacy. By 2019 or 2020, an expansion into the tower to the west of the museum will be named the David Geffen Wing, and the fourth-floor suite of galleries in the current building will also be named after him, according to museum officials.

Geffen is a familiar name in the arts and culture philanthropic circuit, but this is only his second gift of this size on the East Coast. His first, a gift of $100 million to Lincoln Center, resulted in the renaming of the New York Philharmonic’s home. The Hall formerly known as Avery Fisher is now called David Geffen Hall. Other major contributions in California have included large gifts to the Museum of Contemporary Art in Los Angeles and the Los Angeles County Museum of Art. And let’s not forget the more than $400 million he has contributed to the University of California, Los Angeles! Geffen’s total net worth is valued at $6.8 billion, according to Bloomberg’s Billionaires Index.

But Geffen’s love for art does not stop at donations for renovations and expansions. Geffen maintains an extensive collection of contemporary art masterpieces, including works by Jackson Pollock, Jasper Johns, and Willem de Kooning, among others. Geffen has lent important pieces to exhibitions, and frequently donates or sells the pieces to benefit his favorite causes—education, culture, and medicine.

The gift signals the growing popularity of contemporary art in the United States. Last year, the Whitney opened its new home in the trendy meatpacking district; the Guggenheim continues to open new outposts around the world, and the New Museum, Lower Manhattan Cultural Council, No Longer Empty, and many more bring the cutting edge of contemporary art to Manhattan.

As modern art in New York City continues to flourish, can we really blame the Met’s financial difficulties on its weak modern and contemporary art collections? Some critics believe that the Met’s ambitious plans to increase its contemporary art offerings, including its takeover of the Met Breuer and planned redesign of its Modern and contemporary galleries on Fifth Avenue, have led to its financial decline. While it is certainly prudent for the Met to halt its plans for expansion as it balances its budget, the real question is: Does the Met want to be known, at its core, as a contemporary art museum? If so, there is a lot of competition in New York already, and the museum will have to work hard to change its image in the eyes of the public to match this ambitious goal. But if not, then the comparison between the MoMA’s windfall and the Met’s challenges seems to be incongruous.—Sophie Lewis