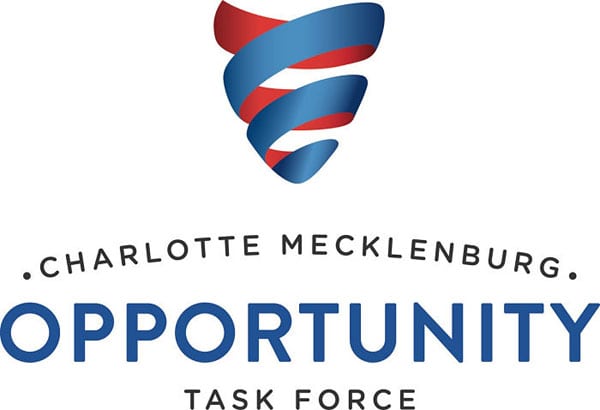 Charlotte, North Carolina embodies a tale of two cities. It is a leader in economic development in the South and a hub for the financial services industry. But it is also a dead-end place for people seeking to escape poverty. Harvard economist Raj Chetty, in his 2014 study, The Equality of Opportunity, ranked the city dead last of the nation’s 50 largest cities in economic mobility. For a child living in Charlotte, the odds of rising from the bottom fifth to the top fifth income bracket are less than five percent—less than the average of any developed country studied.

This is the context in which two corporations, both headquartered in Charlotte, each recently announced a $10 million philanthropic gift to a list of 17 nonprofits, an average of about $1.2 million per organization over five years. Bank of America has long been known as an active philanthropic player in its hometown; the Albermarle Corporation, a global specialty chemicals company that was lured to Charlotte from Baton Rouge in 2015, is a new player on the scene. The 17 targeted nonprofits all focus on one of three areas: early childcare and education, college and career readiness, and family and child stability.

These are the three “highly interrelated determinants” singled out by the Charlotte Mecklenburg Opportunity Task Force, a group of 20 community leaders who convened after the Chetty study was released and spent 18 months figuring out how best to fight the county’s intergenerational poverty. Combined with the two powerful factors of segregation and social capital, these three determinants represent the community’s most potent entries to break down the barriers to economic mobility.

Charlotte, says the report, has a deep history of residential segregation and a recent resurgence of educational segregation since the schools were released in 1999 from their mandate to integrate (and thus bus). The report includes 21 key strategies to focus on, 91 recommendations, and more than 100 program and policy suggestions.

Most importantly, this group of citizens from all sectors of the metro concluded that only a focus on systemic and structural change will have the desired result. “Programs are critically important; however, they generally deal with the symptoms of problematic, complex systems and structures”—not with the embedded policies, perspectives and practices that are at the heart of Charlotte’s mobility crisis.

Charlotte is no stranger to collective impact endeavors that focus on entire systems and encompass a broad range of public and private players. Its Project L.I.F.T. (Leadership & Investment For Transformation) now in its seventh and possibly last year, is a partnership that focuses on improving the performance of West Charlotte High School and its eight feeder schools, investing in teacher retention and leadership, technology, community partnerships, and more in-school time and opportunities for out-of-school learning. Indeed, Bank of America was an early investor, with a $10 million contribution in 2011. The For Charlotte Mission Network brings together 150 diverse churches (out of nearly 1,000) for a unified approach to “missional engagement” and also emerged after the Chetty report. Read Charlotte is a collective impact initiative to double the percentage of third grade students in the Charlotte-Mecklenburg school system reading at grade level by 2025.

Although both Project L.I.F.T. and Read Charlotte are among the 17 grantees selected by Bank of America and Albemarle for the combined $20 million, the list represents a series of investments in individual programs and organizations rather than a strategic investment in changing systems and structures as the Opportunity Task Force recommended. The Augustine Literacy Project provides long-term free tutors to schools; Freedom School Partners offer summer reading programs with social supports; Vision to Learn supplies free eye exams and glasses to low-income kids; and Year Up is a national internship, training and support program for low income young adults. These programs are certainly all essential pieces of the puzzle for school and career success, but do not represent a concerted attack on the systems and structures undergirding Charlotte’s tale of two cities.

How were these grantees selected? Bank of America’s spokesperson says both companies looked at each nonprofit’s long-term goals, data-based track records, and adaptability, among other factors. Albemarle’s spokesperson explained, “I did extensive interviews with private and non-private foundations and organizations….We want to make sure we have control over where those donations go. We want to leverage those dollars. Then, we want to give a platform for volunteerism.”

Personal connections also had a role to play. The wife of Albemarle’s CEO is the co-founder of one of the grant recipients—the Carolina Youth Coalition opened its doors in Charlotte in January 2018 and is modelled after a similarly named program in Baton Rouge, the former home of Albemarle. Vision to Learn is co-chaired by former Bank of America CEO Hugh McColl and his wife.

Can corporate philanthropy play a decisive role in moving Charlotte from its dead-last ranking for economic mobility? As Rick Cohen noted in NPQ in 2013, “Nonprofits have to ask themselves which is more important: the volunteerism and philanthropy offered by corporations…or their business practices relating to labor rights, public health and the environment?” Add predatory lending to that list and Bank of America’s contribution to our nation’s recent record on economic mobility clearly goes in the red.—Debby Warren